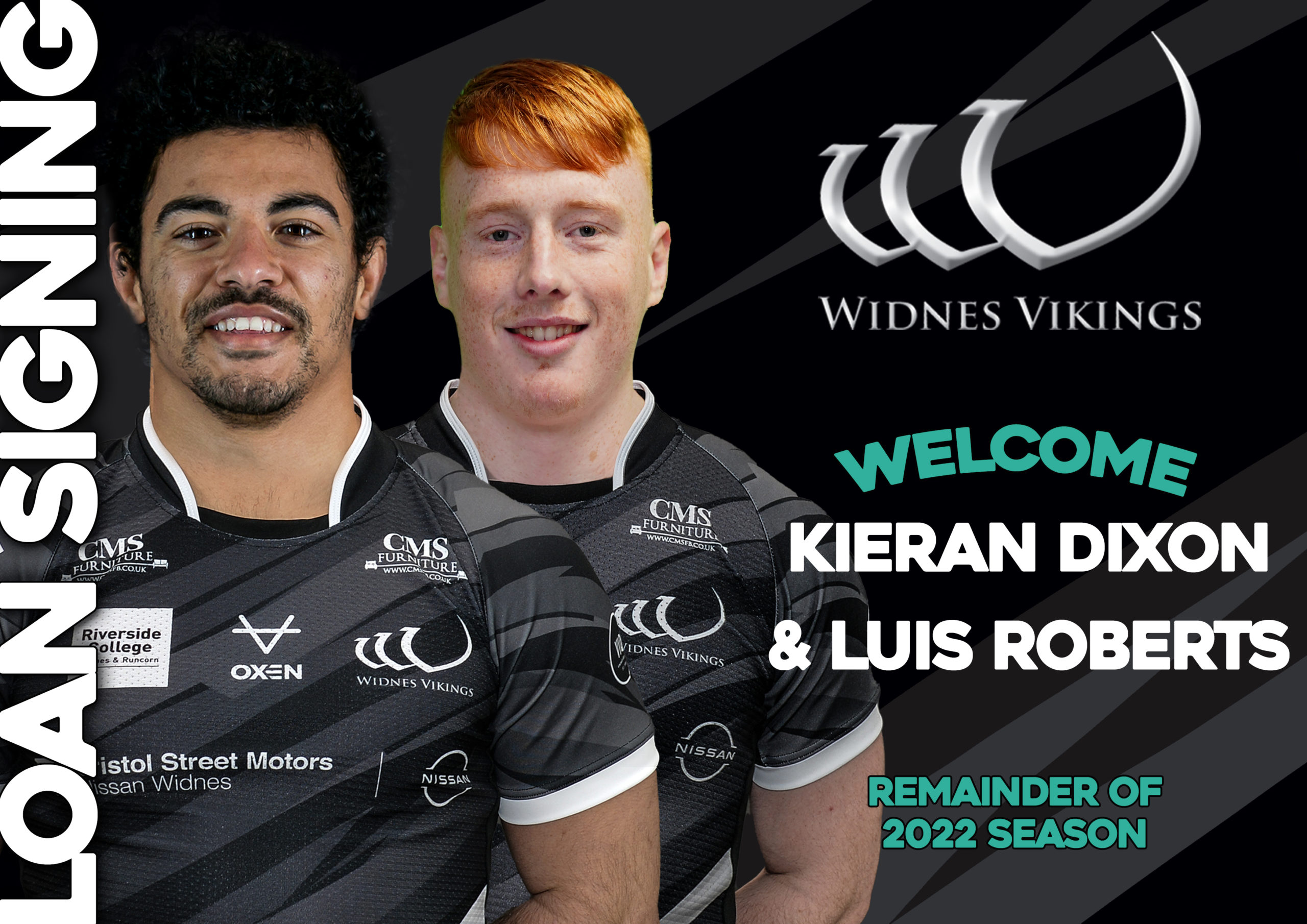 We are delighted to confirm that Leigh Centurions backs Kieran Dixon and Luis Roberts will be joining us on loan until the end of 2022.

The pair will join up with the squad this week and will be available for selection for this Sunday’s game at home to London Broncos.

They will significantly strengthen our options in the backs, following long-term injuries to Ollie Brookes and Lloyd Roby.

Kieran joined on loan signed for us on loan back in April but unfortunately suffered an injury which cut his spell short, and returns in contention for this weekend’s match. He has played three games for Leigh this season scoring one try, and recently played for Rochdale Hornets against Swinton Lions during a two-week loan earlier this month.

The 29-year-old is vastly experienced with 206 games under his belt, scoring 143 tries in the process, and has amassed 1140 points with strong a kicking game to boot.

Luis has played twice against us this season, featuring in both our league game with Leigh and the Challenge Cup tie. He has featured in six games for the Centurions so far this season.

You can be there to see Dixon and Roberts potentially make their debuts at home to London this weekend, with all adult/concession purchases getting a free entry into our free prize draw for a car as part of our Bristol Street Battle.