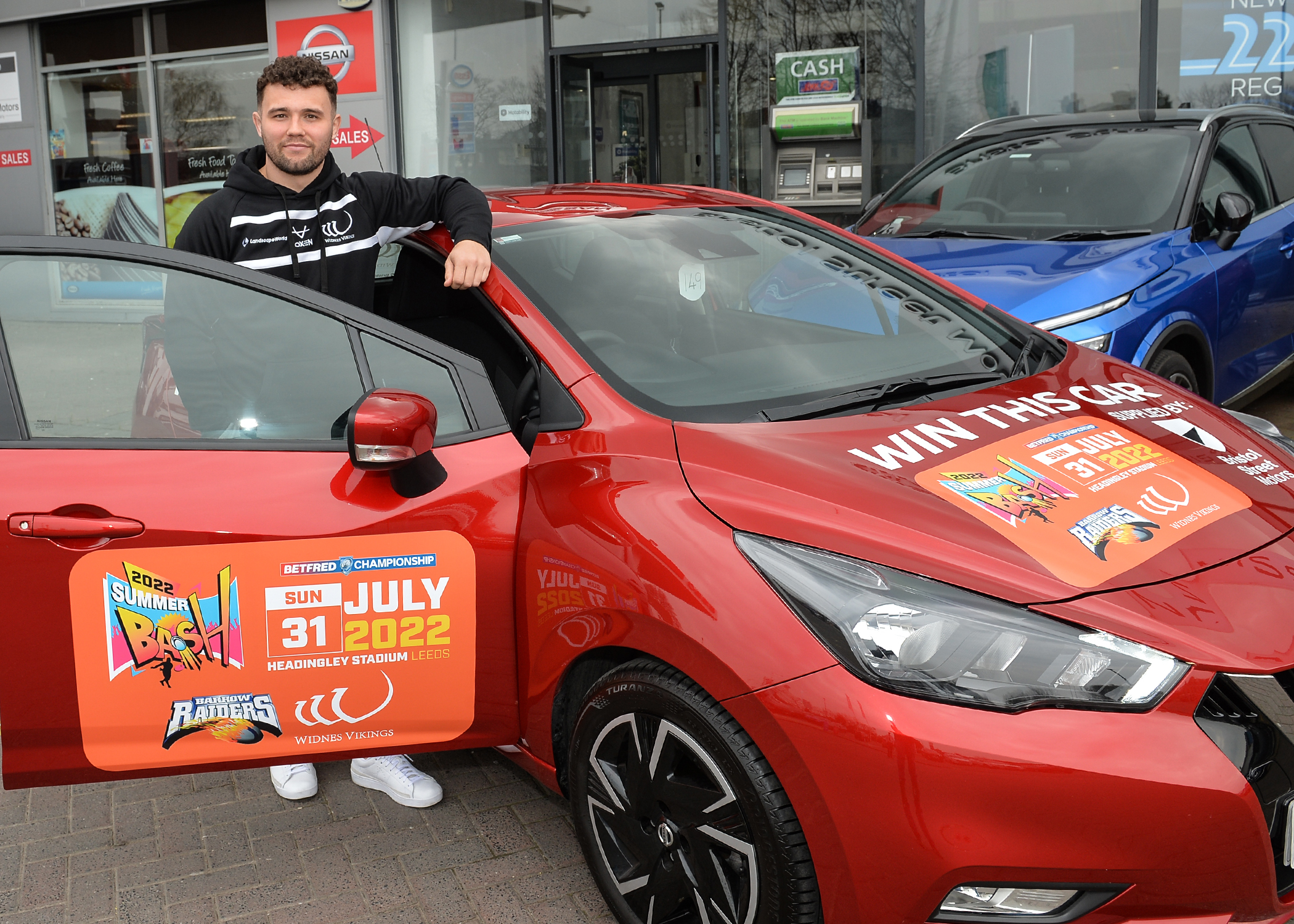 We would like to thank our supporters for your fantastic support so far this season by reducing the prices for our home game against Barrow Raiders on Monday 7th March by over 50% and offering you the chance to win a nearly-new Nissan Micra with a current value of £14,500 as part of our Bristol Street Battle initiative in partnership with Bristol Street Motors Nissan Widnes.

You’ve been in good voice at every single game this season, so we would like to give something back.

We have an incredible commercial base but Bristol Street Motors were one of our first major new partners after the takeover of the club 2019, and have helped the club massively since our partnership began.

If you buy an adult or concession ticket through Widnes Vikings for any of our trilogy of games in the Bristol Street Battle – the home game against Barrow Raiders on Monday 7th March, London Broncos home game on Sunday 26th  June, or against Barrow Raiders at the Summer Bash on Sunday 31st  July, you will be entered into a free prize draw to win a nearly-new Nissan Micra from Bristol Street Motors, with a current value of £14,500.

Simply by purchasing a ticket for one of the above games, your name will go into a prize draw for a red Nissan Micra 1.0 IG-T 92 Acenta 5dr Petrol 21-reg Hatchback with less than 3,000 miles on the clock.

Summer Bash tickets are on sale now and you can get yours by clicking the button below, and tickets for the London game will be on sale in June.

Season Ticket holders will be entered simply by scanning their Season Ticket card for entry to either of the two home games and when purchasing Summer Bash tickets.

Terms and conditions of the offer will be released in due course, and tickets for the Barrow game can now be bought via the button below.