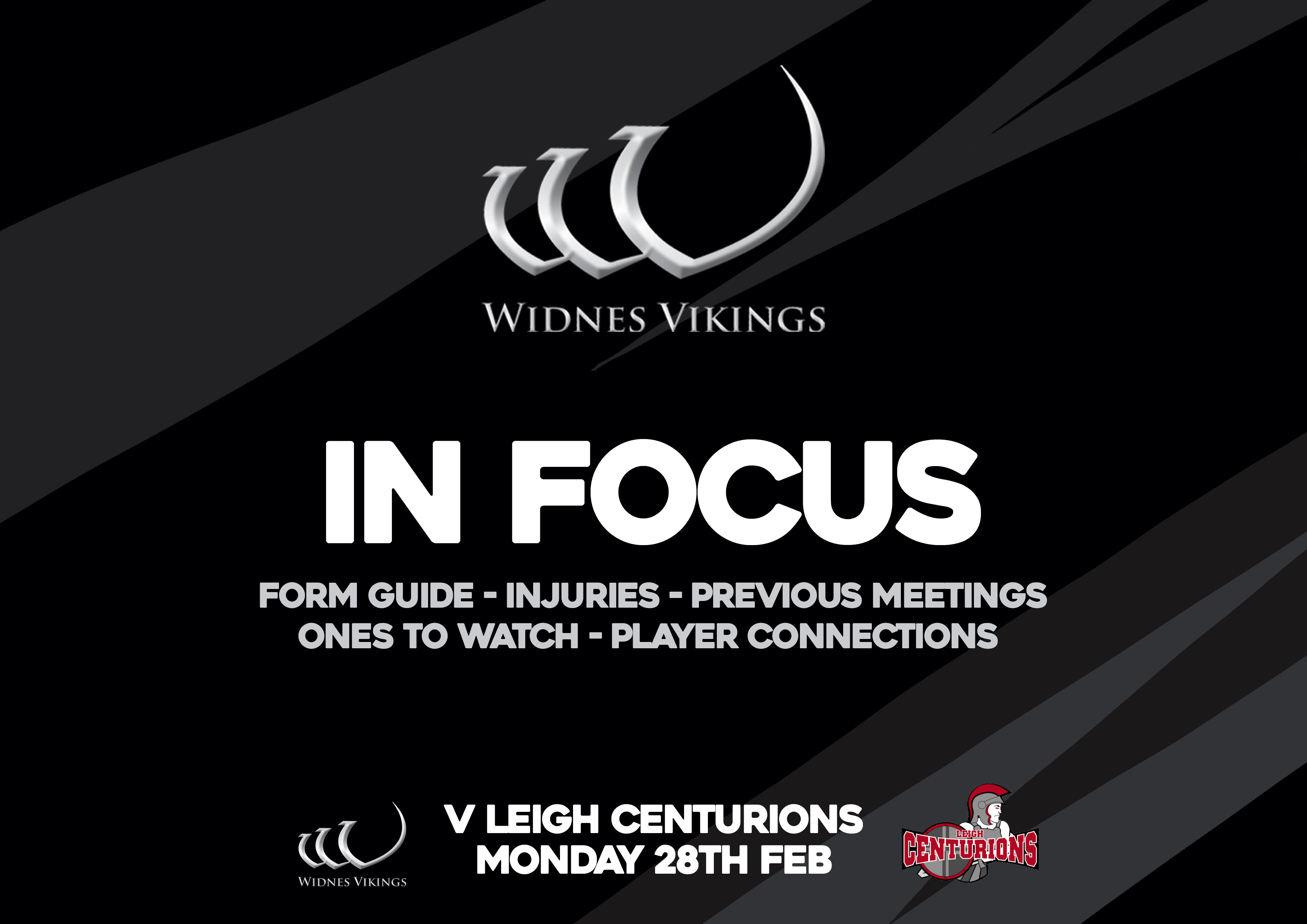 This Monday sees us travel to the Leigh Sports Village in the Challenge Cup Fourth round tie against the Leigh Centurions in the second of three consecutive Monday Night Rugby League fixtures live on Premier Sports.

Big-spending Leigh have won three of their opening four games, with their only loss coming against fellow promotion hopefuls Featherstone Rovers in Round Two.

Last weekend saw the Centurions travel to the LNER Stadium to play against York City Knights. The first half was closely contested with Leigh going into half time with a 6-4 advantage. However, the second half saw the full time outfit post plenty of points, eventually running out 40-4 winners.

Joe Mellor – Joe signed for Widnes from Wigan Warriors on a permanent deal in 2013, and spent six seasons at the Vikings after successful loan periods during 2011 and 2012. Joe represented us on 177 occasions in both Championship and Super League. During a difficult Super League period, Joe was one of the most consistent performers to don the black and white.

Keanan Brand – Keanan is a product of the Widnes academy programme who went on to play Super League before being signed by Warrington Wolves in 2019. Keanan plays primarily as a left centre where he made his Super League debut against Hull KR, suffering a nasty leg break in the first 10 minutes of the game. He signed on a permanent deal for the Centurions ahead of this season after spending last year on loan at the Leigh Sports Village.

Ed Chamberlain – Another product of the Widnes Academy, Irish international Ed spent 4 seasons at the Vikings, making 22 Super League appearances before joining Salford Red Devils in 2018. After multiple knee injuries Ed joined London Broncos and played in the Championship for the capital outfit. He signed for the Centurions ahead of the 2022 season.

Dan Norman – Dan is another member of the Centurions side who progressed through the Vikings academy system. He is currently on loan at Leigh from his parent club St. Helens who he signed for after the 2019 season.

Joe’s running game will be a threat to the Vikings defensive line with his good footwork and ability to bounce out of tackles. His combination with left side half back Ben Reynolds has been bearing fruit recently with the latter latching onto two of Mellor’s attacking kicks at the weekend and scoring two tries.

McDonald is an athletic centre who plays on the Centurions’ left edge. With plenty of NRL and international experience he will lead from the front with his strong carries out of backfield and his ability to beat people one on one. The Vikings will have to be strong defensively on our right edge to nullify his ball carrying threat.

Having spent last season in the Super League competition, and with the 2020 season being cancelled due to Covid-19, the last time the two sides met was in the 2019 season which saw us compete on four occasions. The spoils were shared over the four meetings with both sides winning two games apiece.

The first league meeting of 2019 saw us come away with two points after a 30-12 win on Good Friday at the DCBL Stadium. The reverse fixture at the Leigh Sports Village saw the Centurions win 34-22. The Vikings and Centurions went head to head at the Blackpool Summer Bash in front of a packed stadium, which again, Leigh came away with the two league points after withstanding a late Vikings comeback to win 36-22.

The final meeting of 2019 was the semi-final of the 1895 Cup at the Leigh Sports Village. We headed into the game as underdogs after Leigh had spent money on big signings in the week leading up to the game. A closely contested battle in torrential rain saw the sides evenly matched at two points apiece heading into half time. Early into the second half, a penalty goal from Ryan Brierley put Leigh 4-2 ahead.

After 55 minutes, trapped deep in our own half on the last tackle, Danny Craven fed the ball to Keanan Brand who broke away down the left-hand side. Hooker Jordan Johnstone pushed up through the middle and was found with a pass by Brand, Johnstone saw space on the right edge and evaded multiple Leigh defenders before placing a pinpoint kick into the hands of an onrushing Anthony Gelling to put the Vikings 8-4 ahead.

With 15 minutes to go and the game flowing end to end, Widnes used a training ground move between Danny Craven and Jack Owens which saw the latter break away and round the home fullback to put us ahead in front of a stand packed full of delirious Chemics. Into the final five minutes of the game, Leigh gave themselves hope with an unconverted try through Adam Higson, but the day ultimately belonged to the Vikings.

Supporters are able to purchase tickets for next Monday evening’s match at Leigh either directly from the home team’s website or at our Club Shop at Widnes Market.

You can buy tickets via the button below.