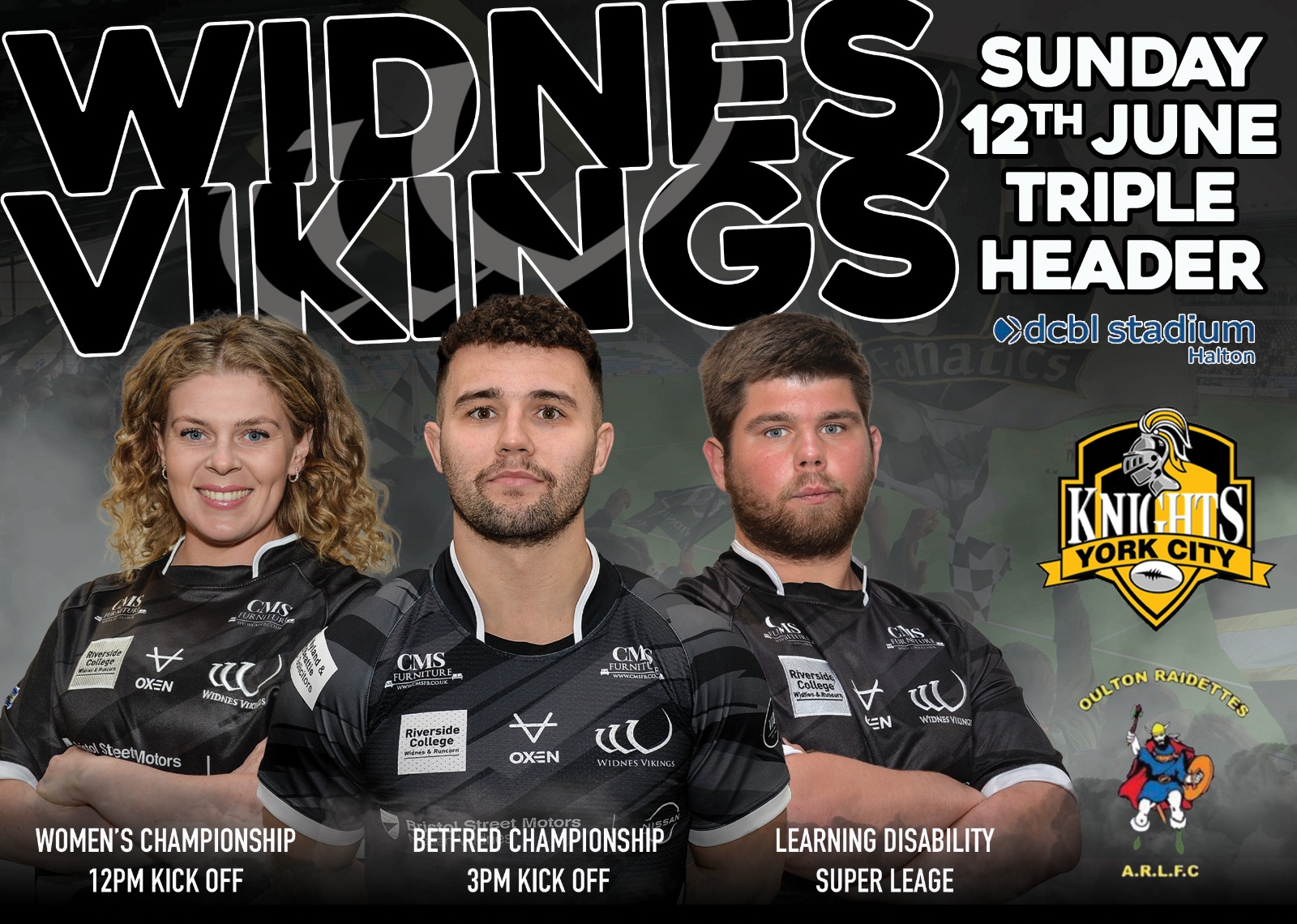 We will be hosting a triple header at the DCBL Stadium next Sunday 12th June at our home game against York City Knights in Round 15 of the Betfred Championship (3pm kick-off).

Our Women’s team will face Oulton Raidettes on the pitch before the game in a 12pm kick-off, with our Learning Disability Super League team also in action at half-time.

Tickets are now available for the triple header and can be bought online, as well as from our Club Shop at Widnes Market. The opening times for the shop can be found here.

After a trip to Barrow on Sunday, the Vikings will be looking to climb back up the table with a victory at home to York.

Our Widnes Vikings Women will be looking to bounce back from a narrow 22-20 defeat against Warrington Wolves Lunas last month with a win against Oulton Raidettes at midday.

After a successful outing on the pitch at half-time against Leigh Centurions earlier this year, our LDSL team will be looking for a similar reception at the York game.

General sale ticket prices are as normal for a home game, and tickets can be bought via the button below.