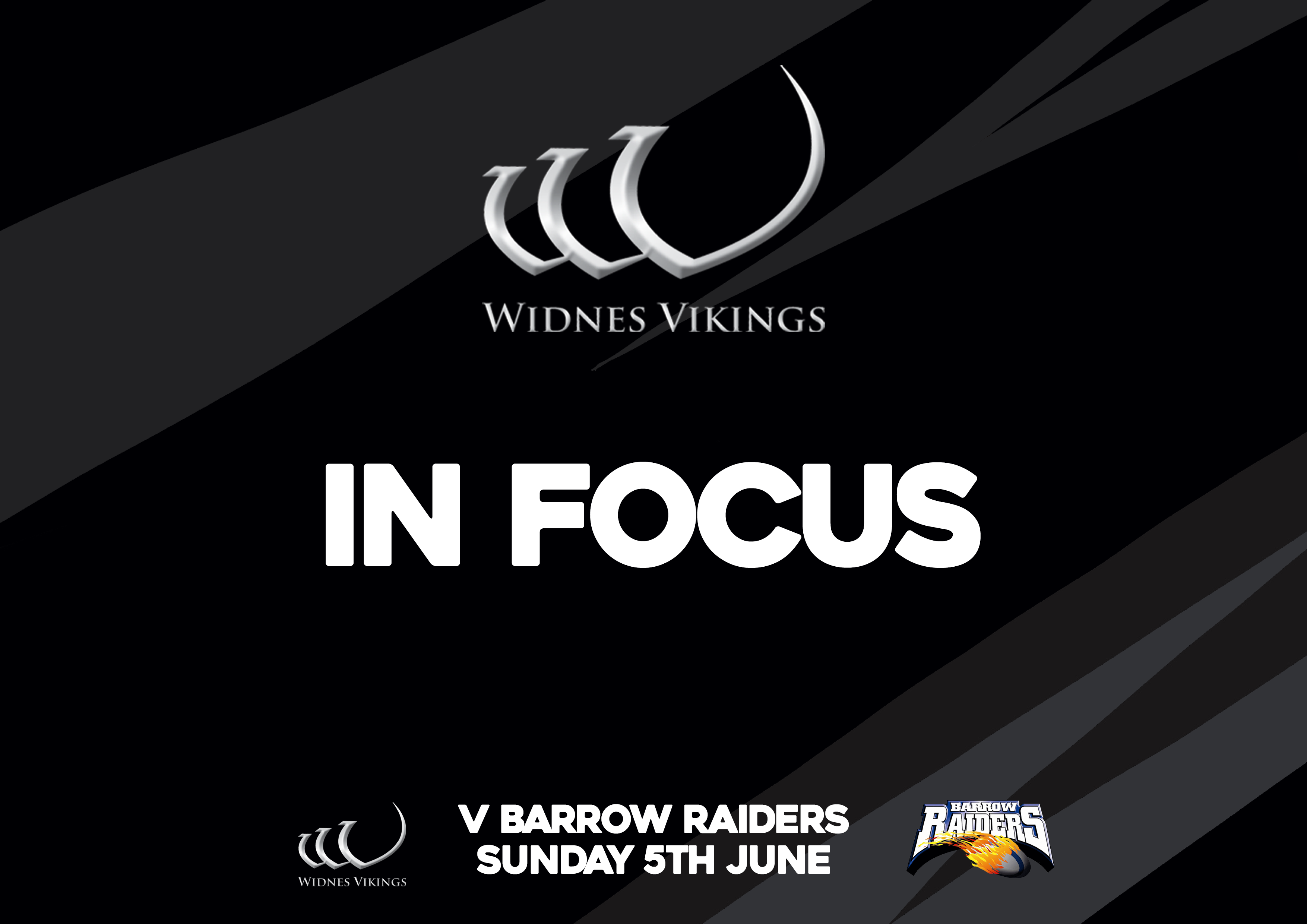 A product of the Widnes academy programme, Hulme came through the system and was handed his first team debut in the 2013 season against Salford Red Devils. 2014 saw Dec score his first try in the Vikings first team against Wakefield Trinity. Hulme signed for the Raiders ahead of the 2017 season after spells on dual registration and loan at Workington Town and Whitehaven respectively.

Wigan born prop forward Sam Brooks had a spell at the Vikings in the 2016-17 season where he made five appearances, scoring a try in the season 37-24 victory over Leigh Centurions at Leigh Sports Village. ‘Brooksy’ has plenty of Championship experience after represented both Featherstone Rovers and Leigh Centurions, as well as spells with Halifax, Whitehaven, Swinton and Barrow.

Recent addition Josh Johnson has spent time on loan this season at the Raiders and played for them in the 34-24 defeat earlier in the season at the DCBL Stadium.

In the previous meeting between the two sides, Barrow Raiders travelled to the DCBL stadium in front of the Premier Sports cameras. After a fast start from the Vikings with tries through Ste Tyrer and Sam Wilde in the opening 15 minutes to put us 12-0 ahead, errors and ill discipline allowed Barrow back into the game.

A soft try straight from the scrum by Raiders half-back Jarrod Sammut gave them a confidence boost heading into the last 20 minutes of the opening period, with the scoreline at 12-6. Tee Ritson crossed in the right-hand corner after a kick was not dealt with by the Vikings defence allowing Hakim Miloudi to dance his way around three defenders before putting his winger over for another Barrow try.

With the game in the balance at 12-10 and Barrow edging the field possession battle, marching us down the middle of the field, Lloyd Roby worked his way to the line off the back of a short-side play on our left edge. Another successful conversion from Ste Tyrer took the game to 18-10 with less than a minute on the clock before half time. Barrow then went up the other end of the field and scored on the hooter which brought them back within a score of taking the lead, giving them confidence heading into the second half.

Three minutes into the second half saw the Frenchman, Miloudi, cross again to put Barrow ahead for the first time in the game. After this try the Raiders continued to complete their sets at a higher rate than Widnes and edged the territory battle with the Vikings missing several opportunities to score tries of their own. Ste Tyrer was sent to the sin bin for an alleged raised knee trying to regather a Matty Smith kick, a controversial decision, and in that 10 minutes Barrow scored again to take them out to a two-score lead.

Carl Forster then crashed over a tired Widnes defence close to the line and the game was as good as over with 10 minutes to go. We gained a consolation try through hooker Matty Fozard, but the Cumbrian outfit were good value for their win in the end.

You can still buy tickets for the game tomorrow via our online platform, which you can access via the button below.

Children under-16 go free to the game and any supporters who arrive at least an hour before kick-off can redeem a £5 voucher to spend in the ground.