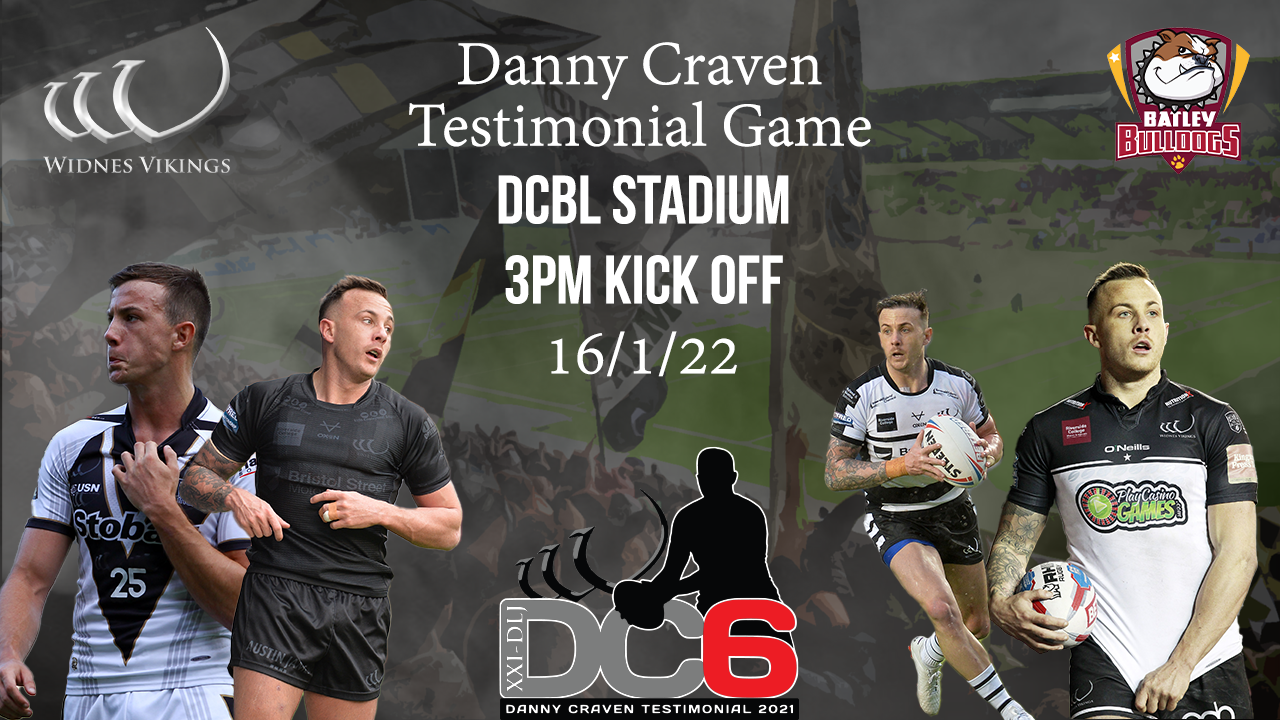 Widnes Vikings can confirm that we will be hosting Batley Bulldogs in Danny Craven’s testimonial match on Sunday 16th January at 3pm.

The testimonial match will be the Vikings’ sole pre-season friendly, and the first chance to see some of our exciting new signings for 2022 in action.

Tickets will go on sale later this month and ticket prices will be released in due course and published on our website as well as across our social media channels.

2022 Season Tickets will not be valid for this game as it is a friendly match, and Season Ticket holders for the new campaign are required to purchase tickets for the match.

The halfback has been with the club since joining the Academy in 2009, making the step up to first team a year later with his debut coming against Whitehaven at the age of just 18.

Since then, Danny has racked up 157 appearances for the club, scoring 55 tries, kicking 43 goals and notching up seven drop-goals to amass 313 points so far. He has earned his testimonial after 12 years of service and counting to the club, after signing a new two-year deal this year.

Craven was recently taken on in a full-time role by the club on the media team, which will see him look to secure a career once he hangs up his boots, with the club confident that he can become a valuable asset off the field as well as on it in the years to come.

Danny’s testimonial period started today, with several events upcoming including a Ladies’ Night on Friday 10th December, a quiz on Tuesday 14th December, and a past players event on Saturday 15th January, the day prior to the game. You can keep up to date with all of these by following @DC6Testimonial on Twitter, Facebook and Instagram.

Further details on match arrangements will be announced when ticket prices are confirmed.