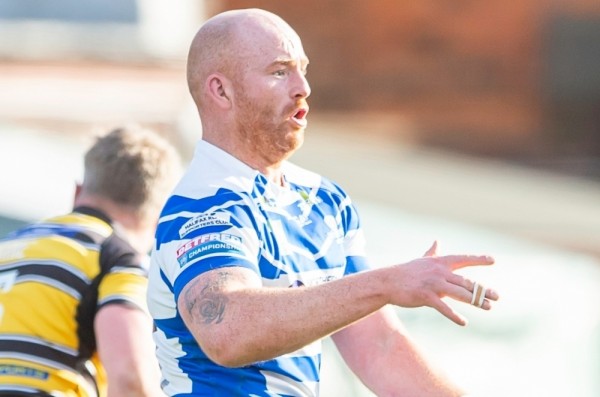 Widnes Vikings are delighted to announce the signing of Shane Grady on a two-year deal, as he links up with the squad ahead of the 2020 season.

The Widnes-born second rower re-joins the club after starting out his professional career with the Vikings back in 2008, having played his junior rugby at local community club West Bank Bears.

Grady went on to make 75 appearances between 2008 and 2011, scoring 24 tries and kicking 103 goals, before taking up a playing opportunity in Australia.

He returned home to England where he made the move to Super League club London Broncos, before spending three seasons with Dewsbury Rams, racking up 71 appearances and scoring 28 times in his spell at the Tetley’s Stadium.

The 29-year-old then made the switch to Halifax, spending another three seasons at The Shay as he made a further 59 appearances and crossed the whitewash on 11 occasions in Blue and White.

The signing of Shane Grady on a two-year deal ahead of the 2020 season has been made possible thanks to Vikings Quids In.

VIQI have committed to make a substantial contribution for Shane, with the supporters’ monthly subscriptions playing a massive part in funding this deal, as this valuable contribution has helped secure a brilliant addition to the squad.

“As soon as I found out that Widnes were going part-time, my full concentration was on returning to the club, and I am made up to finally sign.

“Part-time rugby suits me down to the ground but before anything else I am a Widnes fan. I travelled down to Wembley to watch the lads, and to play for your hometown club is special. I didn’t think it would ever happen again, so to get that opportunity to come back and sign a two-year deal is a dream come true.

“Widnes have always provided their own talent, and if I can help out in any way I will. I was there once, and I remember looking up to players and getting bits of advice here and there, so hopefully it’s my turn to do the same now.”

“We would like to welcome Shane back to his hometown club after spending the last three years at Halifax. It will be great to see a product of our youth system wearing our club colours once again.

“This is another quality signing supported by VIQI. The support from the fans is overwhelming, they continue to contribute to the VIQI scheme and have now assisted with three signings in as many weeks.

“As Mike Crompton, Chairman of VIQI stated after Danny Craven’s signing, we need to continue to support OUR great club and build for its future.”