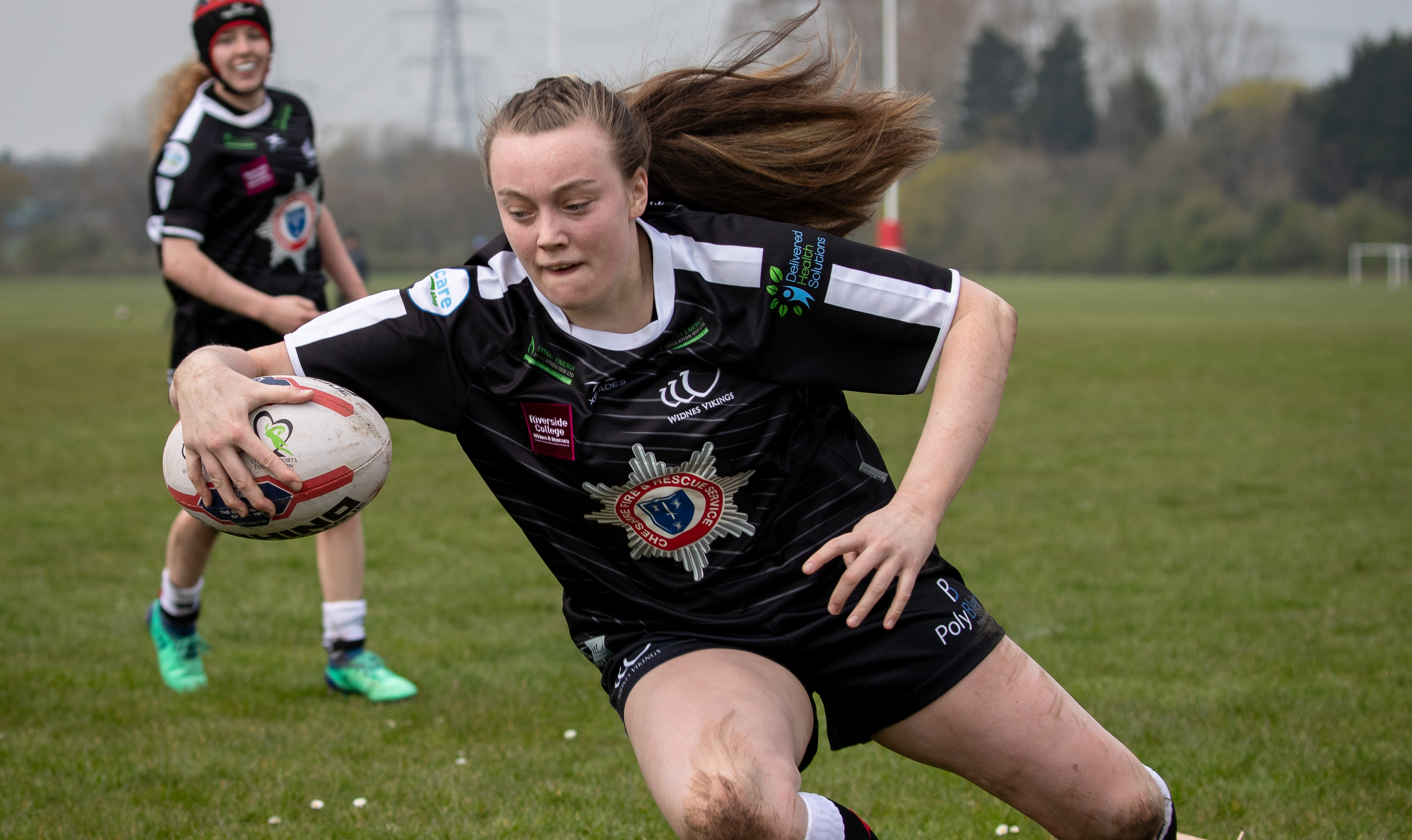 Our women’s side may have lost to last year’s Championship Grand Final winners, but the scoreline doesn’t reflect the effort they put into the game and the chances they created.

Widnes started confidently and were unlucky not to open the scoring when Meg Jackson kicked ahead and kicked again, only to see the ball roll dead before she could touch it down.

The game was then halted for a nasty looking leg injury to Stanningley scrum half Lauren Teal, and when play resumed Widnes continued to pressurise the home defence. An Aimee Cleaver kick was just a little too hard for the chasing players but at this stage they were playing some good rugby.

Their failure to turn this into points was soon to catch up on them when Mia Clarke scattered the defenders in front of her to score the opening try.

Stanningley’s forwards were making good metres every time they had the ball and with the minutes ticking away to the break it looked like Widnes would end the half just 10 points in arrears. Unfortunately, an unsighted referee missed a Stanningley knock on and instead of a Widnes scrum the home side found themselves just 10 metres from the line, and Haley scored her second try which was again converted by Walsh.

A sparkling opening to the half saw Widnes go close on a couple of occasions, but eventually they got the score their play deserved. Casey Naylor was hauled down just short of the line but the ball was then moved left where Juliet Porter scored.

On 58 minutes a high kick was spilled by the Stanningley full back and Widnes swooped on the loose ball, and with the line at her mercy Jena Monks knocked on which meant a great opportunity was lost.

An Aimee Cleaver kick to the corner saw Widnes go agonisingly close as they began to dominate but again they were made to pay by a clinical home side.

A knock on in their own half put them under pressure and Jodie Davies raced over from 15 metres to make the game safe for Stanningley, with Walsh adding another two points.

Widnes thought they had scored in the corner but Hannah Quirk was adjudged to have knocked on, as yet another chance had gone.

With four minutes left a dropped ball was picked up by Stanningley 40 metres from the try line, and Sarah Gainse scored in the corner to complete the scoring.