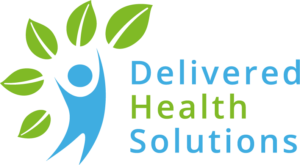 Local lad Jay, along with twin brother Ted, joined the Vikings after playing his junior rugby with West Bank Bears and representing the North West Under 15 side. Having signed his first professional contract the former Heath Technology College student set his short term goal as earning a new deal, while longer term he aims to claim the ‘8’ or ’10’ shirt on a regular basis for the first team. Recognised for his strong work ethic and desire to succeed Jay acknowledged the help of the Academy coaches as he joined the senior squad in 2015, making his senior bow against Leigh in the ‘Super 8’s having also turned out for Whitehaven. 2016 saw Super League and Challenge Cup debuts for the Vikings while further progress sees Jay start 2019 just 2 short of 50 appearances for the Vikings. Away from rugby ‘Twinny’ – known as ‘B1’ on the training pitch – has represented Cheshire at Tennis and follows Liverpool FC.