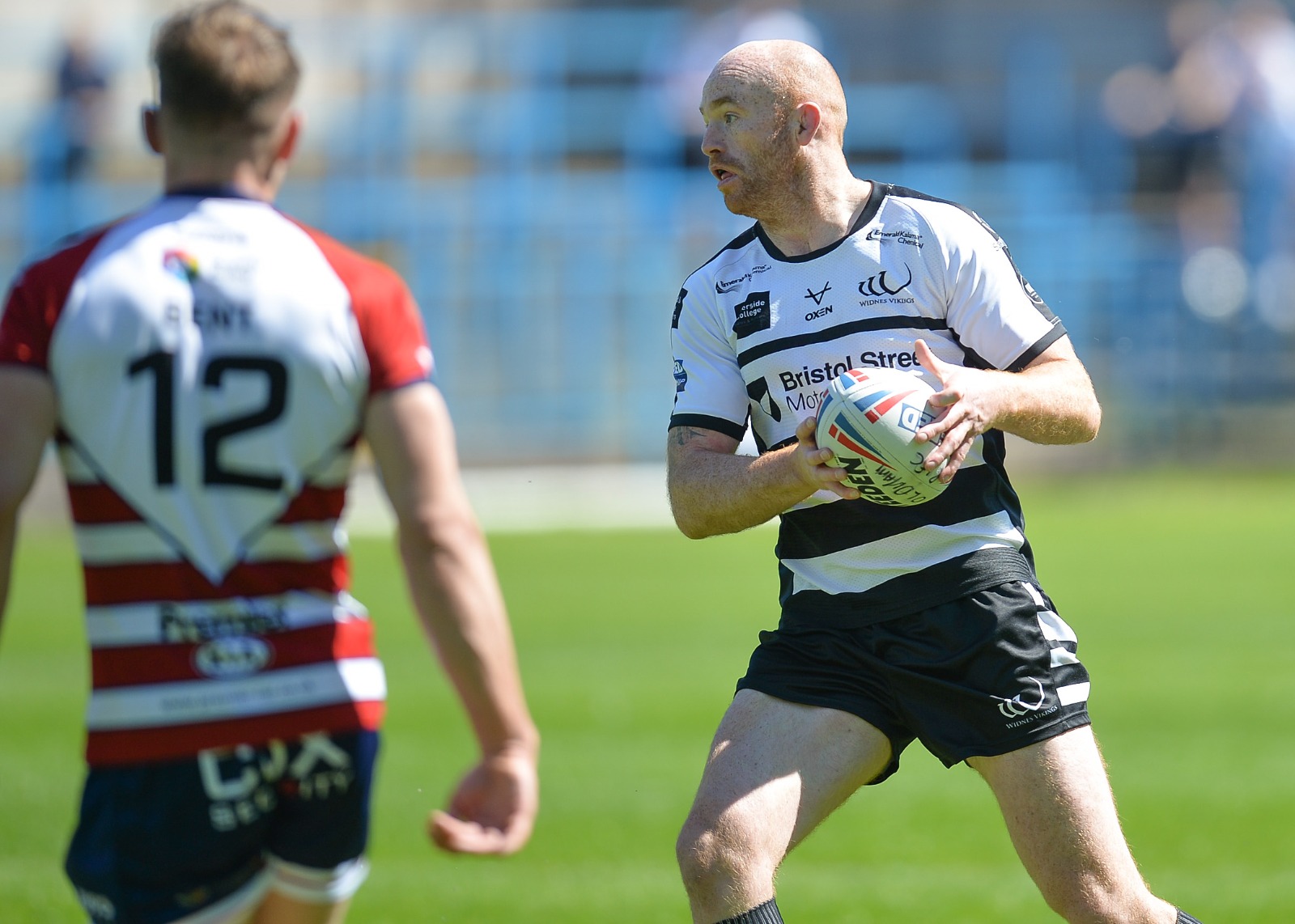 Widnes Vikings made it back-to-back wins as they saw off Oldham 40-18 at Bower Fold on Sunday, in front of travelling supporters for the first time in over a year.

Owens was in particularly good form, as he had a hand in three tries as well as crossing for a brace, helping him notch up the six points needed to pass through his milestone.

The Vikings opened the scoring on six minutes, as a great pass from Owens gave Jayden Hatton enough space to dive over for his first try of the season.

Danny Craven then darted through the line after selling the dummy, finding Owens in support who collected his second try assist when Ste Tyrer ran in untouched for the second of the game.

With his second conversion, Tyrer reached 1,000 career goals to pick up a fantastic milestone.

Straight from the kick-off the away side extended their lead, as they opened Oldham up from restart to send Jake Spedding racing through, with Deon Cross crossing in support on this occasion.

With eight minutes of the half remaining, and off the back of a second Craven 40/20, Owens raced in with a carbon copy of his try against Whitehaven last week. The fullback came back on the inside onto Craven’s drop-off to have enough strength to find the line.

Widnes defended their line well on a number of occasions in the first half, until the final play when Dec Gregory broke from dummy half and eventually sent Louis Senior over on the hooter.

The second half started well for the Vikings, as a clever kick from Joe Lyons was raced onto by Owens who scored his second, and in doing so passed through 1,000 career points.

Within 10 minutes of the second period, the visitors looked to have put the game to bed as a great flowing move ended in another great pass from Owens sending Cross over untouched for his brace.

Oldham never stopped probing though, and had their rewards on 57 minutes with a breakaway effort following Danny Langtree’s interception. He picked off Lewis Else’s pass to race away, handing possession on to Tommy Brierley to finish the move.

On the hour mark Widnes had a length of the field effort of their own, as Adam Lawton blocked a kick and scooped up possession, breaking towards halfway before offload to Jake Spedding who had enough pace to find the line.

Both sides had chances in the final 20, but another on-the-hooter effort from the hosts rounded off the scoring, as Langtree ran a great line to find his way over.