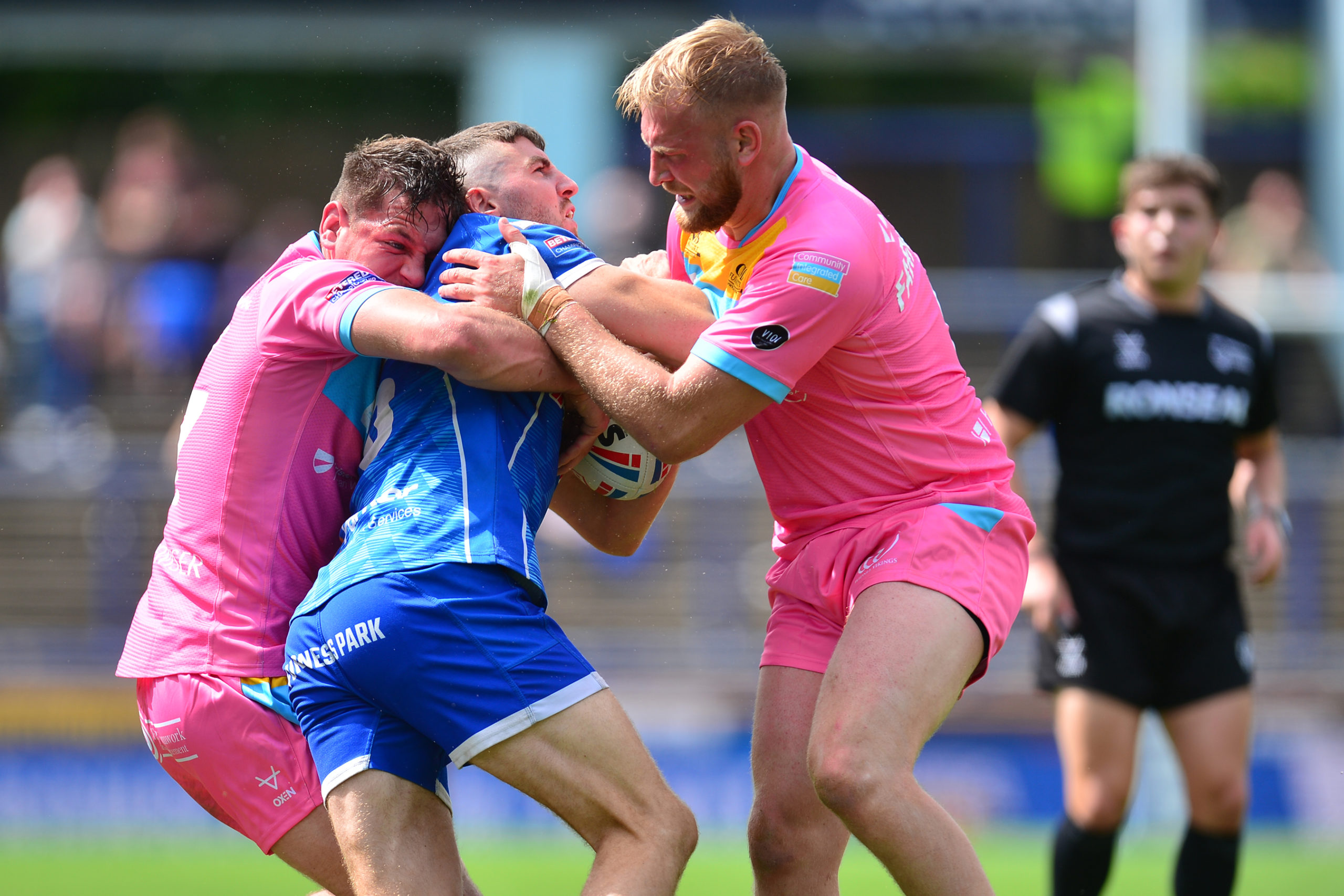 Widnes Vikings’ Summer Bash clash with Barrow Raiders at Headingley saw two teams in a rich vein of form go head to head as the Vikings were looking to make it six wins in a row, while Barrow had gone the month of July unbeaten too.

A high-scoring encounter saw the scoreboard ticking over after the first set of six when a last-tackle kick was caught by Jarrod Sammut and put through multiple sets of Raiders hands to see Shane Toal put Barrow ahead.

After a frantic first ten minutes, the Vikings started to edge the field possession battle which eventually resulted in us scoring our first try of the afternoon through halfback Danny Craven who shrugged off a Barrow defender to score on the left edge.

The game turned into a set-for-set battle which suited the Vikings and a well-worked shift play from left to right saw stand-in fullback Matt Fleming put Ste Tyrer into space. The veteran centre drew in the fullback and passed to the onrushing Olly Davies to put us ahead for the first time in the game.

We extended our lead to 16-6 when another good ball set resulted in another try after hooker Matty Fozard burrowed his way over from close range in front of the rapturous Widnes fans.

The first half scoring concluded after an off-the-cuff kick play behind the defence from Jarrod Sammut was picked up by the flying Raiders winger Tee Ritson who drew in the fullback to put Hakim Miloudi away and bring Barrow back within a converted try.

The second half started in disastrous fashion for the Vikings as we conceded an early try again as fullback Luke Cresswell sliced through the defence and fed winger Tee Ritson who managed to get the ball down despite the attendance of numerous Widnes defenders.

Barrow extended their lead through a last-tackle kick play from Jake Carter which took a deflection off a Widnes player and forward Anton Iaria was there to pounce on the loose ball under the posts.

Three minutes later we were back in business in an end-to-end game with on-loan centre Luis Roberts intercepting a rushed pass from Jarrod Sammut to race away 30 metres to bring us back within a try.

However, Sammut soon made up for his mistake with the maverick halfback throwing a dummy and slicing through the Widnes defence before rounding the fullback and scoring under the posts to restore the Raiders’ two try advantage.

Jarrod Sammut was sent to the sin bin for the final 10 minutes after a tackle on Owen Farnworth who also spent the final minutes in the bin for what was deemed to be a high tackle.

The Vikings went in search of more points deep into the final ten minutes but multiple unforced errors and ill-discipline left us frustrated.

A frustrating second half drew to a close after Raiders centre Miloudi intercepted a pass on the left edge and gave the electric winger Ritson a chance to race away down field and put the game out of sight for Barrow.

We would like to thank all fans who came to support us, wearing our Community Integrated Care colours with pride. We will be looking to rectify our mistakes of this week and take some positives into our next home fixture against Featherstone Rovers.