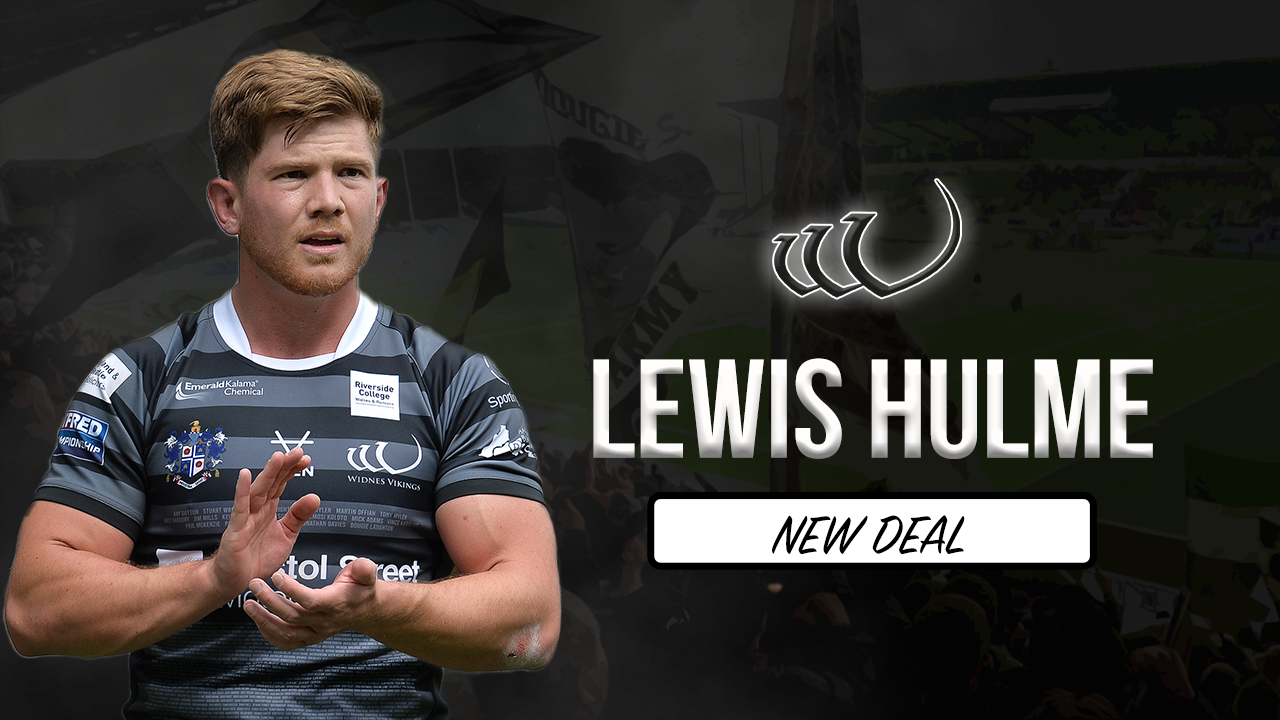 We are delighted to confirm that hooker Lewis Hulme has signed a new one-year deal to remain with the club for at least another season.

‘Yomma’ played for the club’s Academy as a youngster and was then part of the Vikings’ Reserves for 2020, making the step up to the first team in the final game before the 2020 season was curtailed. He played for local club Halton Farnworth Hornets for a short time before rejoining Widnes back in June this year.

The 27-year-old went on to play a part in nine out of the Vikings’ ten fixtures before the end of the 2021 season, performing admirably at hooker for Simon Finnigan.

Hulme scored his first senior try for the club on the final day of the campaign in the 26-16 victory away at Swinton Lions.

His family is of course steeped in Vikings history, with his dad Paul and uncle Dave both members of the club’s all-time 17.

On signing his new deal, Yomma said: “I’m made up to have signed another year at my hometown club.

“It’s something that I’ve always wanted given my family’s history with the club and now I want to make my own performances a part of that history.

“Hopefully with a big pre-season behind me I can hold down a regular spot in the team, and help contribute to what should be a successful season!”

Lewis Hulme was proudly sponsored by Skin Deep Aesthetics for the 2021 season.