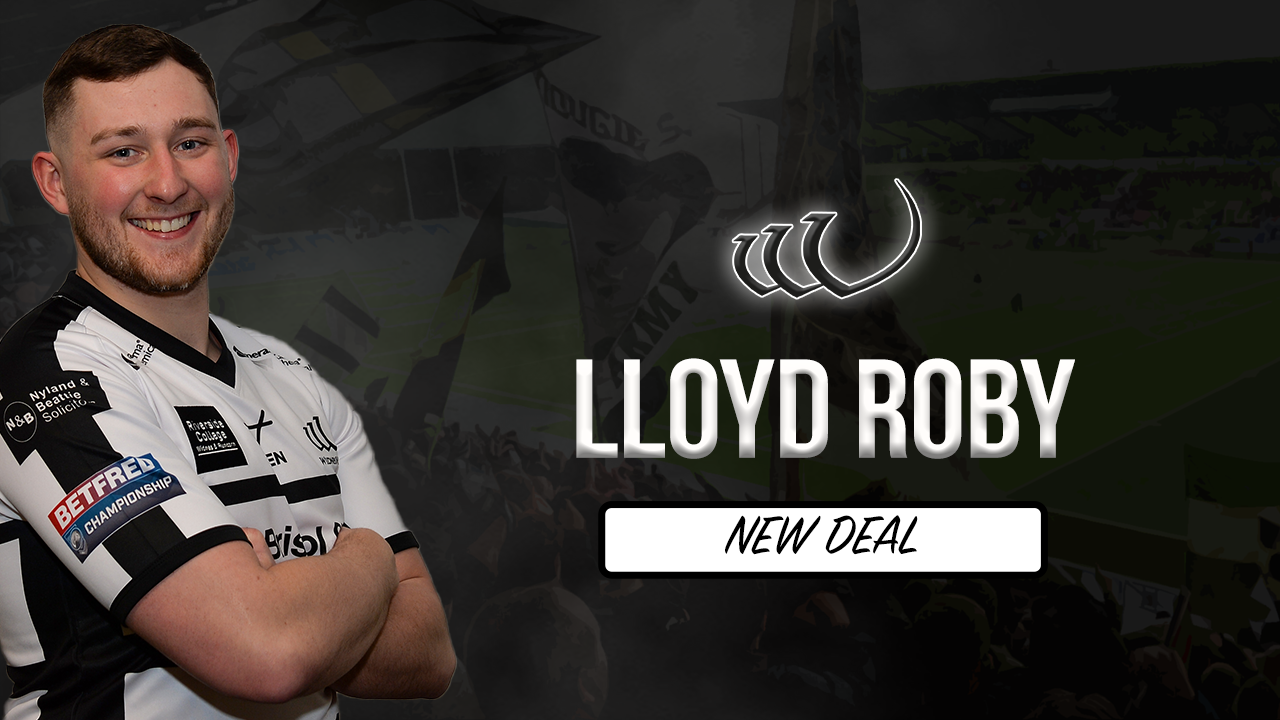 We are delighted to confirm that Lloyd Roby has signed a new one-year deal to remain with the club for at least another season.

The 22-year-old joined the Widnes Scholarship programme aged 14 and progressed through the ranks to make his debut in 2017 in a Challenge Cup tie against Warrington Wolves.

Having recovered from an injury sustained in 2018, Lloyd made a strong return to first team action with 14 tries in 23 games in 2019. The Warrington-born back made ten appearances in 2021, scoring two tries.

Roby joined Oldham on loan in August but returned to the Vikings for the final few games of the season and began a run of solid form, impressing fans with his strong running and determination.

Lloyd is another player to come through the Vikings’ system to add to a competitive 2022 squad.

On signing his new deal, Lloyd said: “I’m made up to be staying, especially after a bumpy season. Going on loan to Oldham definitely helped me and then once I came back I was ready to fight for a spot and I finished the season how I wanted to.

“For next year, I want to play as many games as possible and make sure that I’m the best I can be to push myself and push the team to the play-off places.”

Lloyd Roby was proudly sponsored by Anthony’s Travel for the 2021 season.