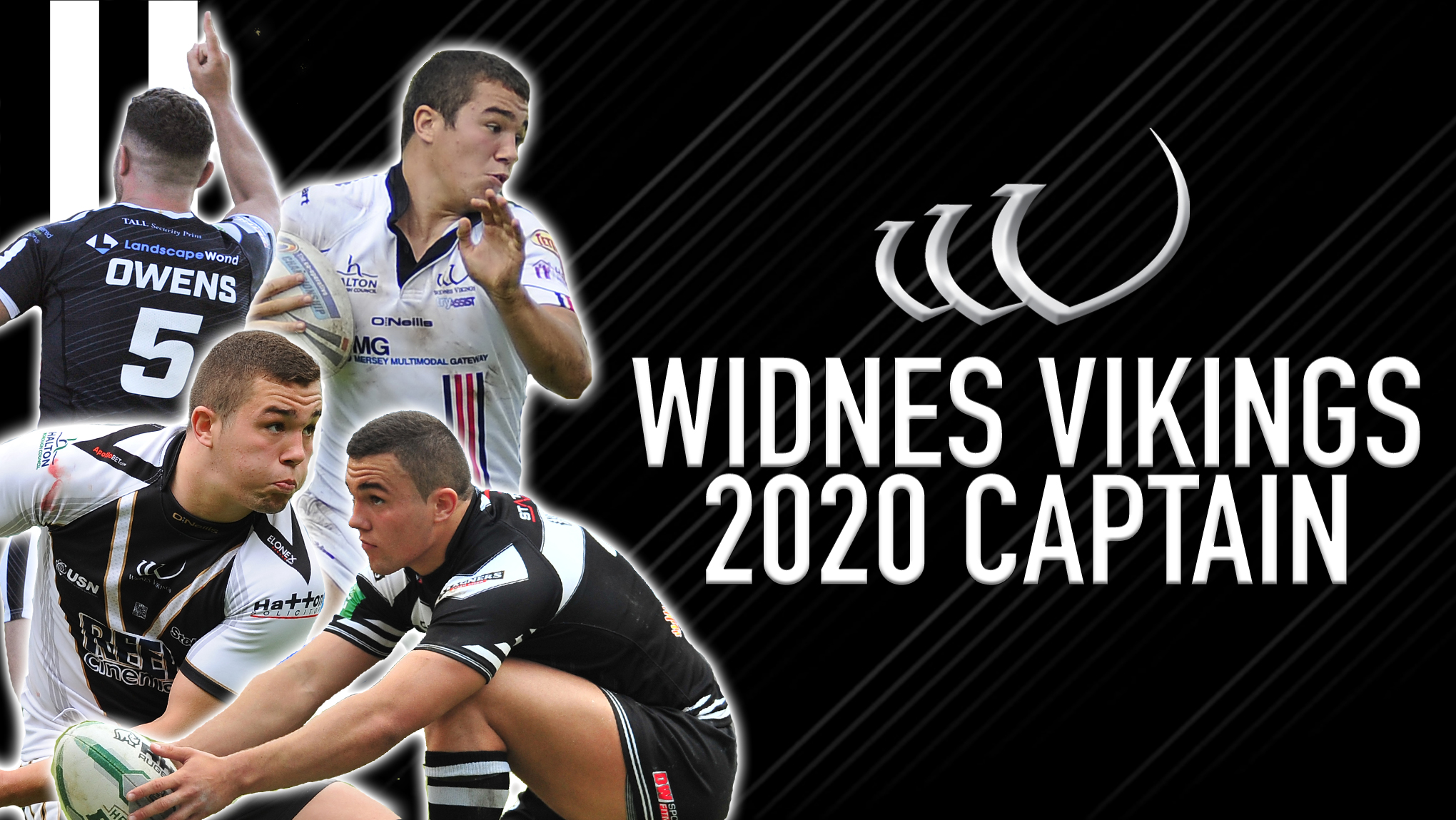 Widnes Vikings are delighted to announce that Jack Owens has been named as the Club Captain ahead of the 2020 Betfred Championship season.

After a vote from within the playing squad took place, the Widnes-born fullback becomes the first homegrown captain of the Vikings since 2006.

Owens has come through every stage of the club’s pathway through to the first team and gained international honours with England Academy, making his debut at the age of 16 against Siddal in the Challenge Cup.

Jack played a pivotal role for the club on his return, scoring 18 tries in his 30 appearances, finishing the year with 280 points to his name on his way to claiming the Sleeptight Beds Fans’ Player of the Year.

Born in Ditton, the fullback has featured 96 times for his hometown club and will now lead his side into the 2020 season as Club Captain.

Jack Owens commented, “It’s a proud moment for myself and my family.

“All I wanted to do growing up was to play for Widnes, for my hometown club. So to get the opportunity to be club captain of Widnes Vikings, it’s something I’m immensely proud of, and I’m really looking forward to the season ahead now.

“To be voted into this position by the lads that I’ll be sharing the field with next year shows they have faith in me, and makes it all the more special for me. I now have to repay that faith to them.

“Being from this town, I want to lead by example both on and off the field. If I can lead and represent the fans as captain of this club, and give something back, then I will.

“But this won’t change how I play, I want to repeat how I performed in 2019. I just want to keep being me.”

Jack Owens is proudly sponsored by Teeling Management for the 2020 season.