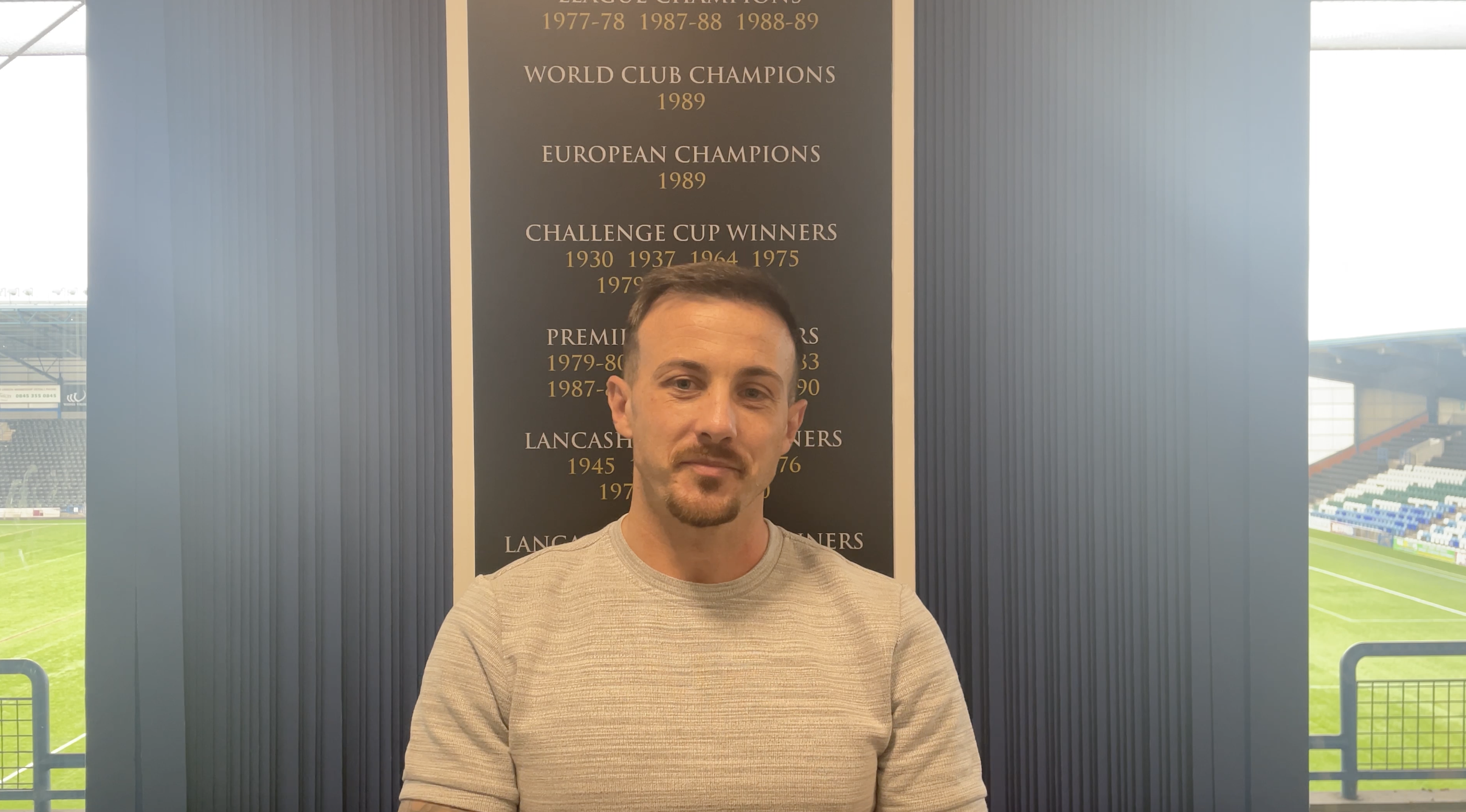 2010, I’d just broken into the Widnes Vikings first team towards the back end of the season. I was playing regularly as an 18-year-old and feeling like I was living my childhood dream. Before the beginning of the 2011 season, I had been given the number 1 jersey which felt like my hard work and strong performances throughout the previous year had been rewarded.

The 2011 season had gotten underway and at this time, Widnes Vikings have just registered a licensing application to be promoted into Super League, which is the top tier of professional Rugby League in the UK. The license was granted and as a celebration of that, for our next home game against York City Knights, we wore a limited-edition green playing kit which symbolized our Green for Go initiative.

Running out onto the field in my newly-presented number 1 jersey knowing that we were going to Super League felt unreal, especially with the amount of home fans that turned out to celebrate the news too.

I scored a try in the first 15 minutes of the game and everything was going to plan. We were winning, I was playing well and the fans were happy! This changed a couple of minutes before half time when I went into a tackle carrying the ball, I was picked up and dropped in a tackle. I felt the pain in my shoulder straight away, I knew something wasn’t quite right.

The physio at the time came onto the field and assessed my injury, tried to move my arm up and down but the pain wasn’t allowing me to process what she was saying properly. I felt her hand on my shoulder and she looked at me and said, “We need to get you off, Dan.”

Still not knowing the damage, I reluctantly left the pitch with my arm wrapped in my jersey as a sling. I sat in the home changing rooms when the club doctor came in and cut my shirt off with a pair of scissors. It was then I realized that my shoulder wasn’t in the socket. I was panicked as this was my first real injury. The doctor reassured me that everything was okay and that we would get it back in place as long as I did as he directed.

A few shoulder rolls later and ‘pop’, the pain was gone! It was almost as if the doctor had a pain switch and he had just turned it off. I got showered up and put my club tracksuit back on, went out to the stand and watched the rest of the game.

A few days passed and I went for a scan to assess the potential damage to my shoulder with the dislocation. The results shown that I had a full labral tear of my left shoulder which required surgery. I never thought I’d need surgery so the news came as a bit of a shock to me and I was a bit worried about the procedure I was going to have. After speaking to the surgeon, he assured me that it was the best thing for my career longevity and to make sure that it doesn’t happen again. He told me I was going to be having a shoulder arthroscopy.

Me being me, the day before the surgery, typed on YouTube, ‘shoulder arthroscopy’, and watched the procedure that I was going to be having in less than 24 hours. Big mistake. I was told that from midnight the night before the surgery I had to be ‘nil by mouth’ which meant no food and no drinks until after the operation. I was up most of the night with a dry mouth worrying about going under the knife for the first time.

On arrival, the staff made a conscious effort to make sure that I was comfortable and had everything I needed. They made me feel relaxed even when I was so nervous inside.

I had a short visit from the surgeon who drew an arrow on my left shoulder with a Sharpie pen! It was then when I thought, ‘This is really happening.’ A porter came and wheeled me down to theatre, I lay on the bed in my gown and got speaking to the anesthetist who made a light joke about what drink I like the most on a night out. I was a bit confused, but I replied. He started laughing at me and said, “Well I’m just going to put a couple of those into your drip which will send you to sleep.”

After the ‘drink’ was in my system he told me to count to 10. 1-2-3-4-5… and that’s all I can remember until I woke up hours later with a shoulder full of bandages. As soon as I woke up the nurse came straight to me and asked if I wanted anything to eat and if I wanted an actual drink!

As the anesthetic was wearing off, I got chatting to some of the staff who were very friendly with me throughout the whole day. We had a laugh and a joke and they made sure that I’d eaten and had a safe way of getting home before discharging me from the ward.

As far as first surgery experiences go, I’d give it a TripAdvisor rating of 10/10. The surgeon, porters, nurses and anesthetists made me feel at ease and comfortable for the full day and I couldn’t of asked for any more from them. They eased my nerves straight away and for me personally that was the main thing with it being my first time going under the knife.

Danny’s is the first of a series of blogs from Vikings players of their experiences with NHS staff, and comes ahead of the Careers Fair this Tuesday 19th October between 11am and 2pm at the DCBL Stadium.