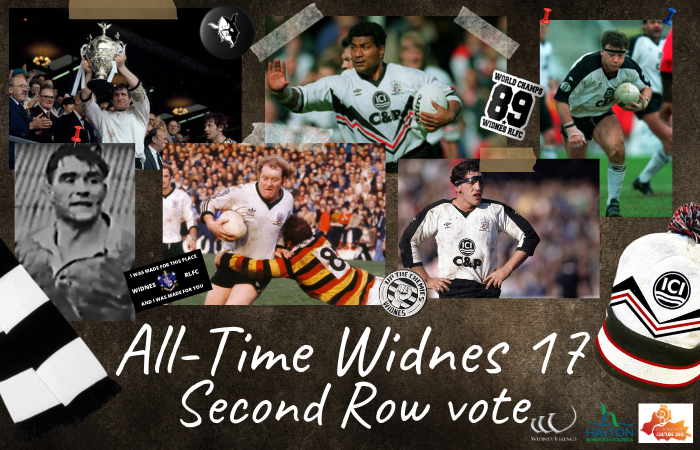 This week we will be asking supporters to vote for their second rowers in the All-time Widnes 17, following the launch of the initiative in partnership with Halton Borough Council.

Throughout this week we will be showcasing a number of second rowers who have pulled on the club’s colours over the years, reminding supporters of their achievements. These will include players from our most successful eras, as well as players who have represented the club more recently with distinction.

The two second rowers with the most votes will see Boxes 11 and 12 renamed and redecorated in their honour as a tribute to all they have done for the club, town and borough.

We have emailed the vote to our database, and we have also included a link below in order to access the vote and select your second rowers for the All-time Widnes 17.

CLICK HERE TO VOTE FOR YOUR SECOND ROWERS
0Shares
PrevNext