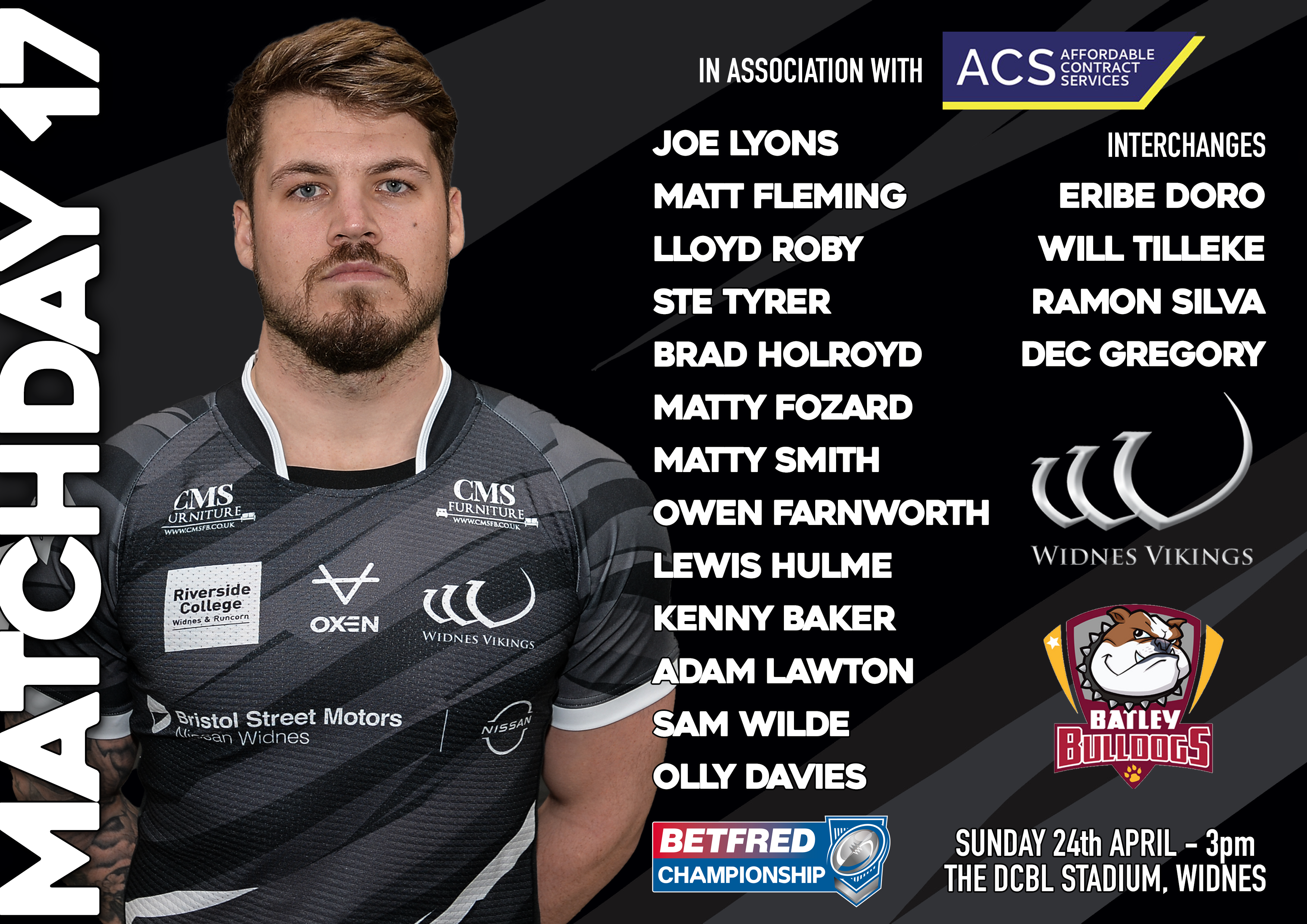 The Vikings will be looking to turn around their form this afternoon with another strong crowd behind us at the DCBL Stadium.

Tickets are still available online or from the Stadium Shop until just before kick-off. Click the button below to get yours quick and easy now.

Kieran Dixon has suffered a groin injury after coming in on loan this week and will not feature for Widnes during the two-week loan period.

Joe Lyons fills in at full-back, with Matty Fozard stepping in at half while Lewis Hulme is the starting hooker.

Adam Lawton comes in from the start this week, while Dec Gregory comes into the 17 as an interchange.