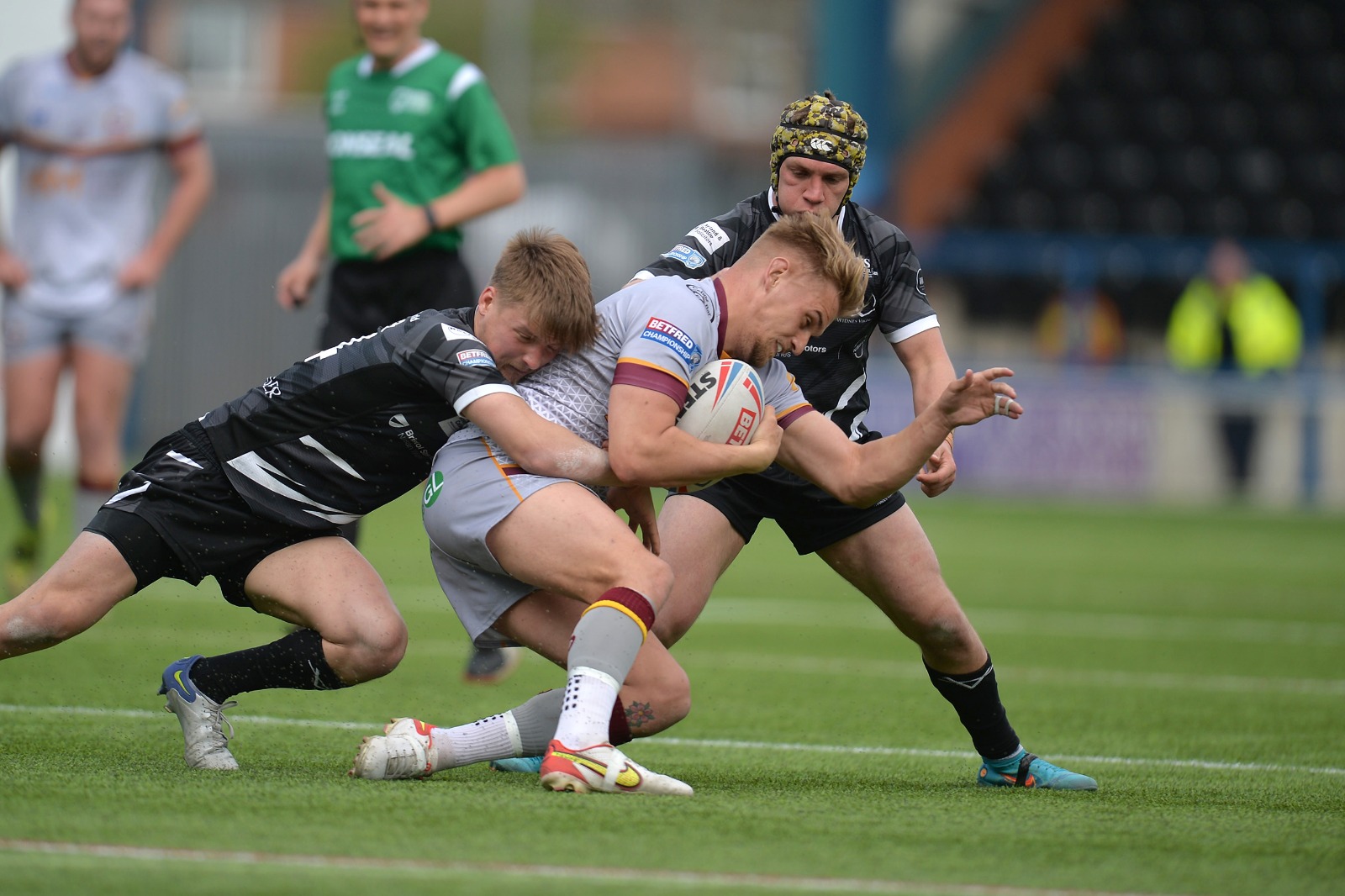 Widnes were defeated at home by Batley in Round Nine of the Betfred Championship.

The Vikings were forced to reshuffle shortly before kick-off, Kieran Dixon failing a late fitness test meaning Matt Fleming moved out to the wing with Joe Lyons filling in at full-back and Matty Fozard playing in the halves.

The visitors edged ahead on 11 minutes, Lucas Walshaw getting over after a penalty decision against Widnes inside their own 10.

Batley put some more pressure on the Widnes line but the Vikings stood strong with some try-line defence until six minutes before the break.

Batley added two more in quick succession in the 34th and 37th minutes, Michael Ward driving over for the first and Luke Hooley breaking the Widnes line for the second.

Josh Hodson added another on the hooter after an offload from Jonny Campbell to take the half-time score to 22-0.

Campbell scored for himself with almost an hour on the clock, getting over in the corner after a smart pass from Tom Gilmore.

Alistair Leak got one for the visitors on 67 minutes after a scoot from dummy half.

Olly Davies scored for the Vikings with five minutes left, but the visitors responded almost immediately with another from Campbell.

Sam Wilde found space for another for Widnes on the final hooter to take the scores at the end to 10-38.