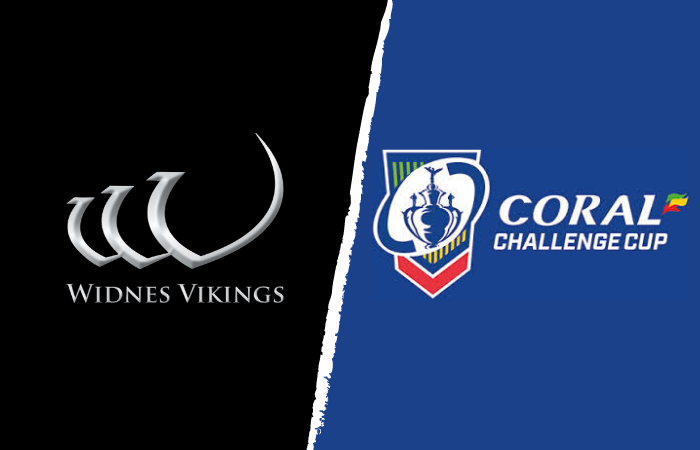 Widnes Vikings can confirm that the club will be withdrawing from the 2020 Challenge Cup.

We were due to take on Super League outfit Catalans Dragons in the Sixth Round, set to be played over the weekend of August 22-23.

After long consultations on the viability of returning to play, the club has decided to withdraw from the competition for this year.

This decision has been a complex one, and one that the Vikings took time to consider all angles before making a final verdict.

With the RFL confirming the 2020 Betfred Championship season as null and void earlier this week, Widnes Vikings did not deem it viable to return for what could potentially be a single fixture in the Challenge Cup.

Due to Government guidelines, all sporting matches in this country are currently being played behind closed doors. As the Vikings were due to take on the Dragons at the DCBL Stadium, the club would gain no income from the fixture through the attendance of supporters to go alongside the costs of hosting a game.

In addition to this, whilst there is a proposed Autumn competition from the RFL for Championship & League 1 clubs at this stage following the cancellation of the 2020 season, the club has yet decided on their participation in it until the full details of the competition has been decided.

Therefore, bringing players and staff back from the furlough scheme for this fixture against Catalans Dragons would incur further costs for the club with no projected income for either.

If the club did decide to return to take part in this fixture against the Dragons, all players and staff would also then need to adhere to the testing protocols for COVID-19 ahead of training and playing the fixture in line with the government and RFL guidelines. This again would incur another cost for the club that needed to be taken into consideration.

Therefore, after reviewing all of these factors, Widnes Vikings have took the decision to withdraw from this year’s Challenge Cup, and would like to wish Catalans Dragons all the best in the competition.

Widnes Vikings would like to thank their supporters for their patience and understanding at this time, and will communicate further details on the next steps for the club in the future.