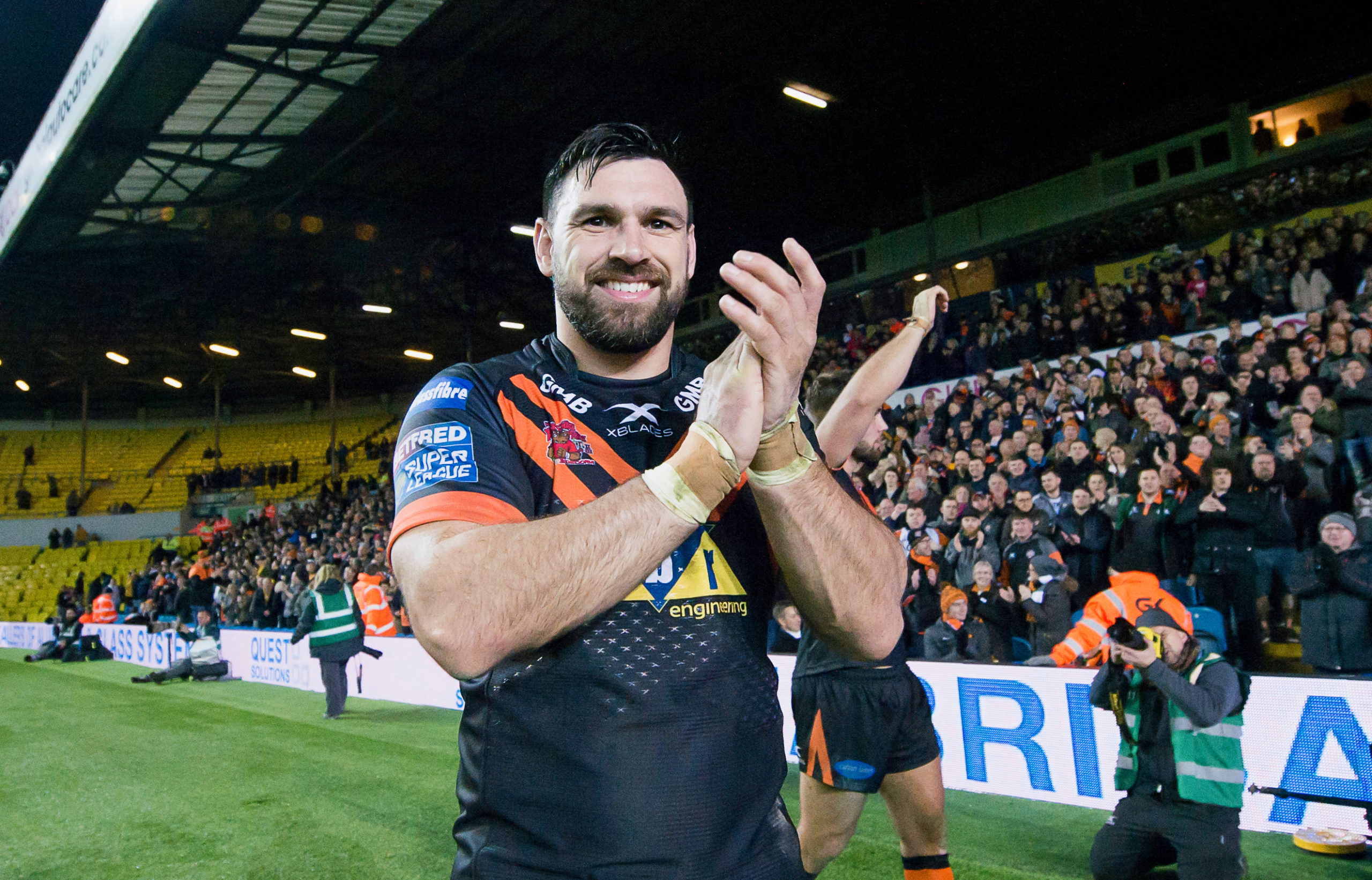 Widnes Vikings are delighted to announce the signing of Matt Cook, who will join the club at the end of the current Super League season on a one-year deal.

The forward has a wealth of top-flight experience, with almost 300 appearance to his name including over 100 outings for current club Castleford Tigers.

The Vikings moved quickly to secure the signature of the sought after forward, bringing experience and size to Tim Sheens’ pack for the 2021 Championship season.

Matt is currently gearing up for the return of Super League, as he aims to end his six-year spell with the Tigers on a high before linking up with his new team mates at the DCBL Stadium.

The 33-year-old helped Castleford lift their first-ever League Leaders’ Shield back in 2017, playing a pivotal role for the club during that campaign.

Matt’s rugby league career started at Bradford Bulls, making the switch from rugby union before eventually making his Super League debut in 2005, a year which saw the club crowned Champions of the top-flight.

The following season, Cook featured from the bench in the 2006 World Club Challenge victory over a Wests Tigers side coached by current Vikings boss Tim Sheens.

Spells with Hull Kingston Rovers and London Broncos followed before joining his current club, Castleford, where he has cemented his place as a regular in Daryl Powell’s forward pack.

Speaking ahead of his arrival at the club, Matt Cook commented: “It feels great to have signed for the club. Tim Sheens reached out to me when he realised I was available and off contract, putting the feelers out to see if I would be keen to jump on board and join the Vikings next year.

“It made perfect sense. I live nearby in Warrington and I’ve been commuting to Castleford over the last six years, so it was a great opportunity to join Widnes who are very local to me.

“One of the big reasons for me to sign at Widnes and not any other Championship club is that my Dad is a born and bred Widnes lad. He’s chuffed to bits as well. He will be very proud when I finally make my debut for Widnes and it will be a great moment for me in my career.

“It’s also a chance to play under Tim Sheens who has been very successful over the years, and a real opportunity to hopefully do something special at Widnes. Trying to get this club back into Super League was an opportunity I relished, and I thought it would be a good fit for me.

“It’s going to be a massive challenge [playing in the Championship], and when every club is looking to gain promotion to the Super League there is a lot at stake. It’s been a pretty competitive competition for the last few years, especially with some of the teams being full-time.

“I’m prepared for that challenge. It’s exciting to see if I can do some special and challenge myself in that way, hoping to get the team promoted back up to Super League. I know Widnes has got a massive history and I think they are a team that should be in Super League. With the fan base, the history and the facilities they have I really think Super League is calling it’s just a case of getting back there now.

“I’m hoping to finish on a high at Castleford, that’s going to be high on my agenda now, hopefully with some silverware. At the same time I want to show all the Widnes fans what I’m capable of and give them something to look forward to next year with what I can bring to the team.”