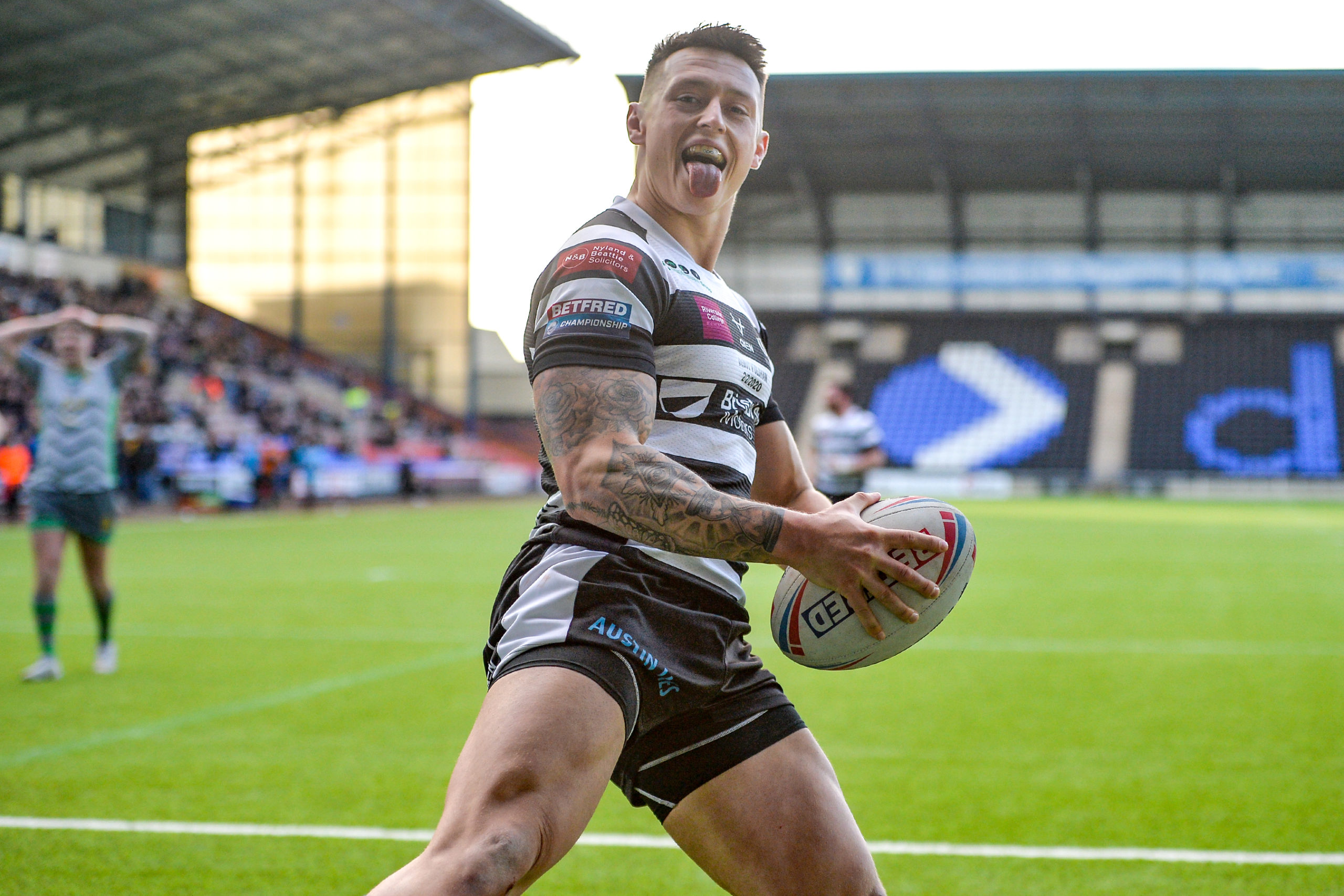 Widnes Vikings are delighted to announce the re-signing of Deon Cross on a one-year deal ahead of the 2021 season.

The winger has been a standout performer for the Vikings since joining the club ahead of the 2020 campaign, before his first year in Black and White was cut short due to the cancellation of the season.

Deon missed just one of the club’s seven fixtures prior to the suspension of rugby league, with an impressive record of scoring in every competitive game he has played in for Widnes.

With six tries to his name, the winger also topped the club’s try scoring charts with efforts in both the Betfred Championship and Coral Challenge Cup.

The 24-year-old arrived at the DCBL Stadium after spending 2019 at Barrow Raiders where he claimed the accolade of the club’s Top Try Scorer, with one of those tries coming against the Vikings.

Deon first made his mark on the Championship when joining Rochdale Hornets a year earlier, and to date has crossed for 31 tries in his 65 professional appearances.

On signing a new deal with Widnes, Deon Cross commented: “I’m made up to have signed my new deal. I can finally relax a little now that my future has been sorted here at Widnes, and I can’t wait to get going again next year.

“One of the big factors that persuaded me to re-sign for the club was the aspirations that Widnes have of being a top Championship side who want to get back to Super League. The second reason was having Tim Sheens as a coach. He’s coached a number of world class players in his career, and if he can pass on some of the things he has taught them to myself and the team that can only make me a better player. Finally, as a big club Widnes have got a great fan base and show great support week in week out, and I’ve enjoyed playing in front of them in the first six games I’ve played in.

“I’m pretty lucky to have got off to a great start in 2020, and that was mainly down to the team because the way we play suits me as a player, getting plenty of ball on the edges to score some tries. I’m working hard now in the off season to come back fitter and a better player and hopefully that will help to carry on my form from last season.

“After watching the Super League games over the weekend it makes you miss playing even more. Now that I’ve signed I can’t wait to get back into pre-season with the lads and start to prepare for next year.

“The supporters have been great with me since day one of joining the club and that was one of the main reasons I wanted to sign at Widnes last year. The support they show is outstanding and I can’t wait to get out there playing in front of that home crowd again.”

The signing of Deon Cross for the 2021 season was made possible thanks to the continued support of VIQI members.

Deon Cross is sponsored by Jeannie’s Away Travel for the 2020 season.