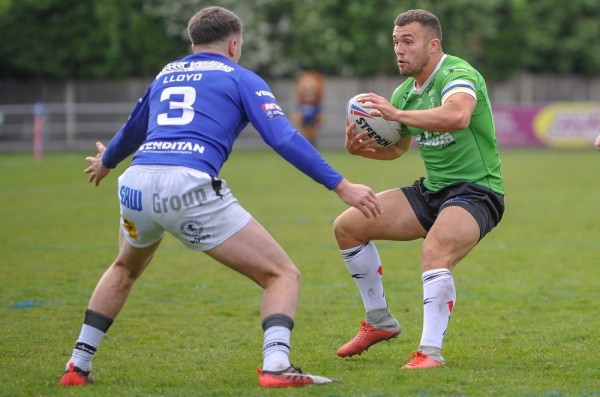 Following their appearance at Wembley in the 1895 Cup Final last weekend, the Vikings are back in league action for the penultimate time this season.

Ahead of the final home game of 2019, we have compiled all of the stats, key information and team news with our in-depth match preview.

Widnes walked out at Wembley in their last outing, ending a 26-year wait for an appearance at the National Stadium, however their AB Sundecks 1895 Cup campaign came to a disappointing end against Sheffield Eagles.

Tries from Harrison Hansen and Chris Dean gave the Vikings a 12-0 lead, before they were pegged back by efforts from Aaron Brown and Anthony Thackeray, with Tom Gilmore’s try giving Purtill’s side an 18-12 lead at the break.

The Eagles were dominant in the second period, with Brown completing his hat-trick while Joel Farrell and Corey Makelim also found their way onto the scoresheet to claim a 36-18 victory and lift the trophy.

Due to the Challenge Cup Final Swinton enjoyed a weekend off, however a week earlier Stuart Littler’s men picked up a brilliant victory over Halifax at Heywood Road.

The Lions blew their opponents away in the first-half, as tries from Richard Lepori, Craig Mullen, Mike Butt and Matty Ashton helped open up a 20-6 lead at the break.

In the second half, Lepori crossed for his brace before Chris Hankinson rounded up the Swinton scoring as they picked up a well-deserved two points.

Back in Round 13 of the Championship season, the Vikings took the spoils in the reverse fixture as they came away from Heywood Road with a 32-10 victory.

In a closely fought first-half Widnes led 18-4 as the hooter sounded for the break, with Ted Chapelhow, Joe Lyons and Sam Wilde crossing the try line, while Mike Butt raced in at the flag for the hosts.

Matty Ashton cut the deficit with his second half try, before Danny Craven and Ted Chapelhow’s second wrapped up the two points for the Vikings.

Matty Ashton – The young fullback has been one of the top Championship talents in his breakthrough season, leading the try scoring charts with 24 efforts to his name. He will be a huge threat for the Vikings defence and has been a key reason behind Swinton’s impressive season.