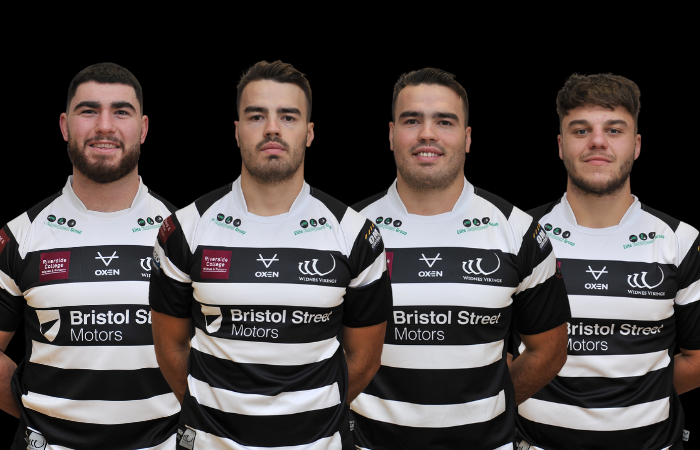 Widnes Vikings can reveal that four members of the first-team squad have opted to leave the club, taking up full-time opportunities elsewhere.

Jay Chapelhow, Ted Chapelhow, Sam Wilde and Pat Moran will all depart the Vikings at the end of the 2020 season, having taken up options at another club.

Jay Chapelhow is a product of the club’s Academy, joining Widnes back in 2011 as a scholar from local community club West Bank Bears as a supporter of the club.

He went on to progress through the Academy set-up to make his debut in 2015 against Leigh Centurions, during the Super 8s competition that season.

After spells on dual registration with Whitehaven in 2015 and 2016, Jay went on to cement his place in the Widnes first-team, becoming the seventh Club 20 inductee.

He leaves the club having made 81 appearances and scoring 11 tries during his time with the Vikings.

Ted Chapelhow also joined the club as a scholar in 2011 from West Bank Bears, joining his twin brother in representing the team they grew up supporting.

While progressing through the Vikings Academy he also represented England U18s against Australia, before making his debut for the club in a 2016 Super League clash away to Castleford Tigers.

Ted has also spent time with Whitehaven, before more recently becoming a permanent fixture in the first-team, joining his brother in Club 20 as the twelfth inductee.

After featuring in all seven fixtures in 2020, he leaves the Vikings having made 60 appearances and with three tries to his name.

Both Jay and Ted were also part of the club’s Community Team, taking up roles in the Vikings Sports Foundation alongside their part-time playing roles.

Sam Wilde joined Widnes in 2017, originally on-loan from Warrington Wolves before going on to impress enough to earn a permanent deal in 2018.

After two seasons in the top-flight with the Vikings, Sam made the step down to the Championship with the club for the 2019 and 2020 seasons.

The second rower featured in all seven fixtures for the club before the cancellation of the season and scored four tries, with three of those coming against Oldham in both the league and Challenge Cup.

Sam departs the Vikings having made a total of 66 appearances, scoring 13 tries during his time at the DCBL Stadium.

Pat Moran arrived at the club prior to the 2020 season on a one-year deal, having left Warrington Wolves where he progressed through their Academy to eventually make his debut.

After spending 2019 on loan at Sheffield Eagles, the prop forward joined Widnes with experience of the Championship, having also featured on dual registration with Rochdale Hornets over the years.

Before the cancellation of the season Pat was a regular in Tim Sheens’ line-up, with the Ireland international appearing in all seven fixtures played in 2020.

Widnes Vikings would like to wish Jay, Ted, Sam and Pat the very best in their future endeavours away from the club.

We would also like to thank all four players for their efforts in Black and White throughout their time at the DCBL Stadium, both on and off the field.

Thank you to their Player Sponsors for the 2020 season for their continued support of the club through difficult times of late.

Jay and Ted Chapelhow are sponsored by Delivered Health Solutions for the 2020 season.

Sam Wilde is sponsored by Skin Deep Aesthetics for the 2020 season.

Pat Moran is sponsored by Polyblend UK for the 2020 season.