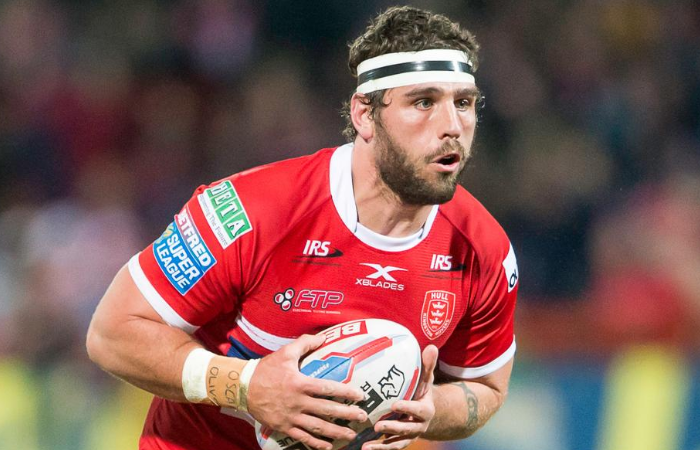 Widnes Vikings are delighted to announce the signing of Lee Jewitt on a one-year deal ahead of the 2021 Championship season.

Lee joins the club from Barrow Raiders, having made the move to Cumbria for the 2020 season which was unfortunately cut short due to the Coronavirus pandemic.

While at the Raiders, the 33-year-old prop forward made two appearances before the curtain was brought down prematurely on the campaign.

Prior to his arrival at Barrow, Lee had spent three seasons at Hull KR where under Tim Sheens he helped the club gain promotion to Super League back in 2017.

Originally a Wigan Warriors Academy graduate, the prop forward also spent three seasons with Castleford Tigers where he helped the club reach the Challenge Cup final in 2014, featuring in the final defeat to Leeds Rhinos at Wembley.

Lee previously made over 100 appearances for Salford Red Devils before joining the Tigers, along with brief spells in France and Australia.

On joining Widnes Vikings ahead of the 2021 season, Lee Jewitt commented, “It was an easy decision really. I know quite a few of the lads who are already at the club and I know Tim [Sheens] quite well from playing under him at Hull KR.

“Alongside that you’ve got the heritage and the club as a whole. It’s probably one of the biggest clubs in the sport with its past, so it was an easy decision for me.

“I know some of the ex-Widnes players too and all I have ever heard is good things about the club, so as far as the club goes and the supporters it makes it a pretty easy decision.

“Tim is a great coach to work with. He’s probably one of the best coaches I have had throughout my career. He knows how to look after his boys and get the best out of them at the same time.

“He’s a very clever coach and the amount of games that he has coached speaks volumes; he’s a legend within his own right and is someone I really enjoyed working with. As soon as I spoke to Tim it was a case of ‘yeah, I want to play under you again’.

“I’d like to think I have been around the game long enough to bring some sort of experience in different areas. It’s all about winning and winning in the right manner, and that will come from a culture that is created from the squad.

“If everyone buys into Tim’s way of playing at Widnes and we all have the same ambition then I’m sure it won’t be too long until the club is back where it should be.

“I’ve been busy with my work away from the game, so it’s made it a little easier to cope with the season being cancelled. It has probably been a blessing for me because I have managed to let my body settle down, let my mind settle down and I feel brand new to be honest.

“When you have been around the game so long you know how to keep yourself physically and mentally fit, and that’s what this break has been about. I don’t think many players will be anywhere near match fitness, but it soon comes back.

“I’ll be aiming to give the club everything I have got. To have a coach who I know well and players I already know, it will only bring the best out in me I’m sure.”