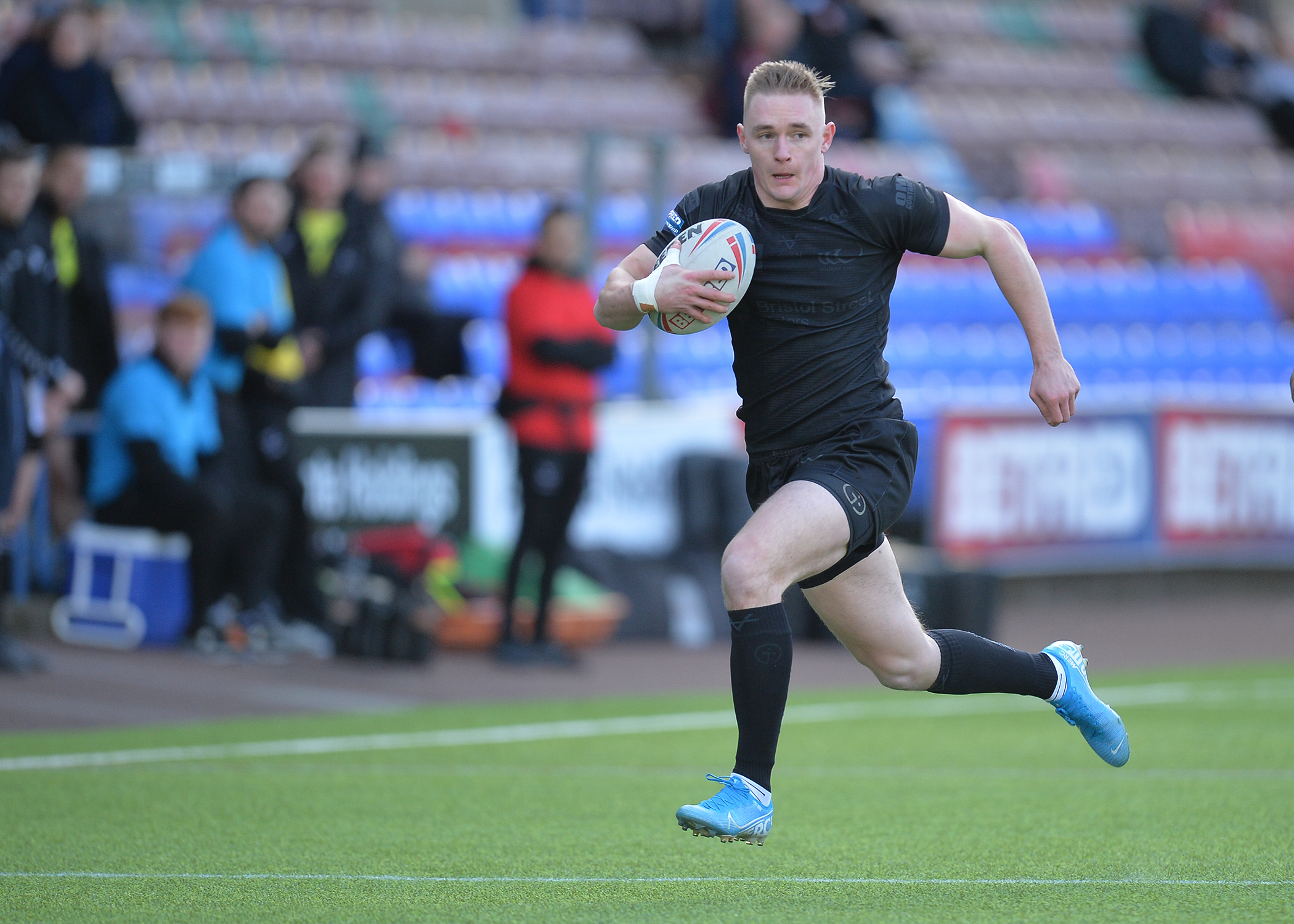 Widnes Vikings are delighted to announce that Jake Spedding has signed a new two-year deal with the club ahead of the 2021 season.

The centre joined the Vikings at the start of the 2020 campaign and enjoyed a solid start to his time at the club, featuring in six of the seven fixtures played before the cancellation of the season.

Jake crossed for four tries in that period, including a try on his Widnes debut against Oldham, a double on his home debut against Batley Bulldogs and a four-pointer in what proved to be the final game of the season against Swinton Lions.

The 23-year-old made the move to the DCBL Stadium having spent the end of the 2019 campaign with fellow Championship outfit Featherstone Rovers.

His career started at St Helens, where Jake progressed through the Academy set up to feature for the first team, before moving on to Sheffield Eagles and Barrow Raiders.

When asked about his new contract with the Vikings, Jake Spedding commented: “It feels really good to have signed a new deal with the club.

“I settled in really well here and enjoyed the start of the season, and hopefully we can look forward to a full fixture list over the next two seasons.

“The aspirations of the club played a big part in my decision, because they are building towards eventually being a Super League outfit again. Also, Tim being here another year was a big factor. His record speaks for itself; I’ve already picked lots of stuff up from him and look forward to continuing to work under him.

“I think me and Deon [Cross] had a good partnership going on that right edge, but there’s a long time before we start playing again and a lot of hard work to do. Competition for places will be strong and I’ll have to earn that spot all over again.

“It’s been tough throughout lockdown because there was a long period of time where we didn’t know what was going to happen, but I think now we can all set our sights on 2021 and build up for a big year.

“Staying on top of our fitness has been tough. I’ve got some weights at home that have helped but obviously what I could do was limited. I’ve done quite a lot of circuit training and just got back in the gym this week to start preparing for next year.

“We don’t know a definite date for when we will be back in training just yet but I think there will be a real buzz around the place when we do get back. I’m sure there will be a few tough sessions to come.

“The support me and the team got at the beginning of last season was incredible. Fingers crossed come the start of next year, or near the beginning of the season, the crowds will be back in and we’ll all have something to look forward too.”

Jake Spedding is sponsored by Comfort & Style Beds for the 2020 season.