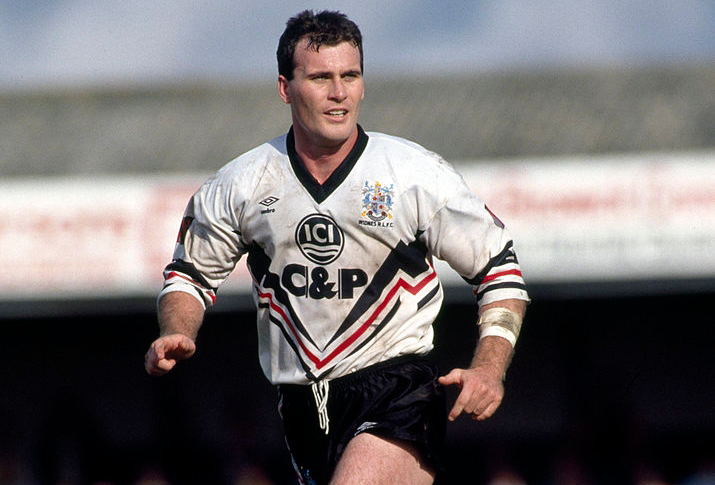 The current week has marked the anniversary of Widnes winning three Premiership Finals in a row, between 1988 and 1990.

This remarkable run of dominance in the top flight began when Doug Laughton led the club to a 38-14 victory over St Helens at Old Trafford, winning the 1987/88 title.

The following season Widnes lifted the trophy again, defeating Hull FC 18-10 before completing a hat-trick of triumphs in the 1989/90 season with a 28-6 victory over Bradford Northern.

Doug Laughton coached all three teams to victory in those seasons, however only 11 players played in all three finals during that period of dominance.

For today’s quiz, we’re giving you five minutes to name all 11 players who played in those finals, either in the starting 13 or as one of two substitutes.

To help you out, we have given you the positions they played in those finals, also indicating the players who featured as a substitute.

To start the quiz, click on the green button below and type the surname of the players you think played in all three finals. If you’re answer is correct, it will appear next to the position they played.

Rack your brains and see if you can name all 11 players who played in all three Premiership Final victories between 1988 and 1990, and let us know how well you’ve done on social media.