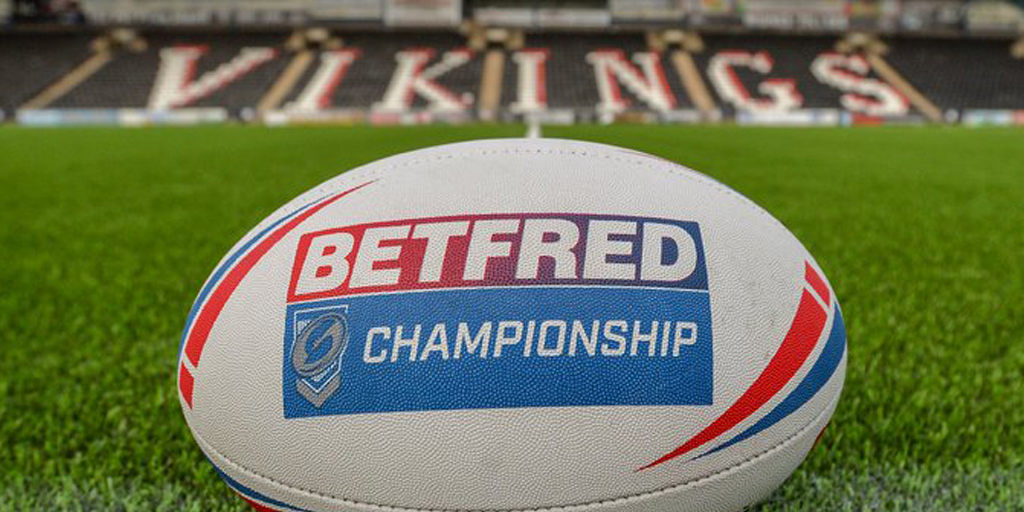 The Rugby Football League today confirm an amended structure for the Betfred Championship and League 1 Play-Offs in 2020; live and exclusive coverage of the Championship Play-Offs and Final on Sky Sports; and a new kick-off time for the AB Sundecks 1895 Cup at Wembley in July.

The RFL held a launch event today at Huddersfield Town Hall, the venue chosen as the sport celebrates 125 years since its foundation as the Northern Rugby Football Union in 1895 at Huddersfield’s George Hotel.

In 2020, the winners of the Betfred Championship’s Top Five Play-Offs will again be promoted to the Betfred Super League – but the Play-Offs structure has been slightly amended.

Whereas previously, home advantage through the Play-Offs has been determined by position in the final league table, those rankings can now be changed by results in the Play-Offs.

In a major pre-season boost to the Betfred Championship, Sky Sports have also confirmed that they will again show live and exclusive coverage of the Play-Offs and Final – the latter scheduled for the weekend of October 3-4.

The RFL can also confirm today that the Final of the AB Sundecks 1895 Cup will kick off at midday at Wembley Stadium on Saturday July 18 – before the Final of the Coral Challenge Cup at 3pm.

Last year, Sheffield Eagles were crowned the inaugural winners of the knockout competition for non-Super League clubs by beating Widnes Vikings at Wembley, with the match being played after the Coral Challenge Cup Final, and kicking off at 545pm.

The traditional Wembley curtain-raiser, the Year 7 Boys Final in the Warners Champion Schools competition, will now have a morning kick-off, before the 1895 Cup Final.

Mark Foster, the RFL’s Chief Commercial Officer, said: “We’re delighted to be able to confirm that Sky Sports will again be showing the Betfred Championship Play-Offs this autumn, allowing them to capture the twists and turns in the battle for promotion to the Betfred Super League.

“It’s great exposure for our leading Championship clubs, adding to the exciting expanded programme of coverage on the RFL’s Our League platform this season with a new focus on live Sunday night matches.

“Our League will also be providing extensive coverage of Betfred League 1 including the Play-Offs, and we have listened to the views of the clubs in both competitions in making changes to the structure of the Play-Offs in both which will provide a greater reward for results during the Play-Offs themselves.

“We’ve also listened to the views of clubs and supporters in working to change the kick-off time of the AB Sundecks 1895 Cup. We’re grateful for the co-operation of Wembley Stadium in allowing us to bring the kick-off forward, and we hope that change will be welcomed – and ensure a suitable atmosphere in the stadium when the winners receive their trophy.”