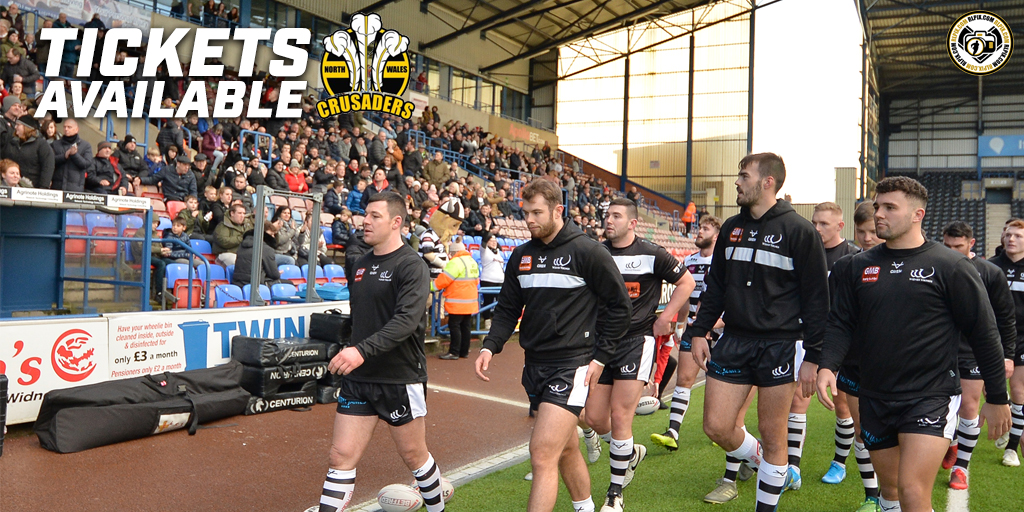 On the back of two pre-season victories over Rochdale Hornets and Castleford Tigers, tickets for Sunday’s clash against North Wales Crusaders are available to purchase.

The Vikings have started strongly under new Head Coach Tim Sheens, with two victories in his first two games in charge of the club, scoring some fantastic tries in the process.

Tim Sheens has stated in his Castleford post-match interview (HERE) that he will be naming a strong side against Crusaders as the new season draws near, so this is your last chance to see the Vikings before the Betred Championship gets underway.

Kenny Baker will be coming up against his former club, and with tickets being just £10, it is a chance for you to watch your Vikings at a fantastic price!

All tickets will now have a single-use QR code printed on them which will be scanned at the turnstiles to admit entry to supporters. This system is also being used for online purchases, with supporters able to use an E-Ticket on their mobile device or print their ticket at home, helping to eradicate queuing at the Ticket Window on match days.

This system was utilised for the first time against Castleford Tigers at the weekend, and will also be used again at the DCBL Stadium on Sunday. Ultimately, there may be some initial teething problems while implementing this new system, however the patience of the club’s supporters will help make this change as seamless as possible.

Secure your seat to watch the Vikings take on North Wales, by heading into our Club Shop or by purchasing online.

Ticket prices are as follows: