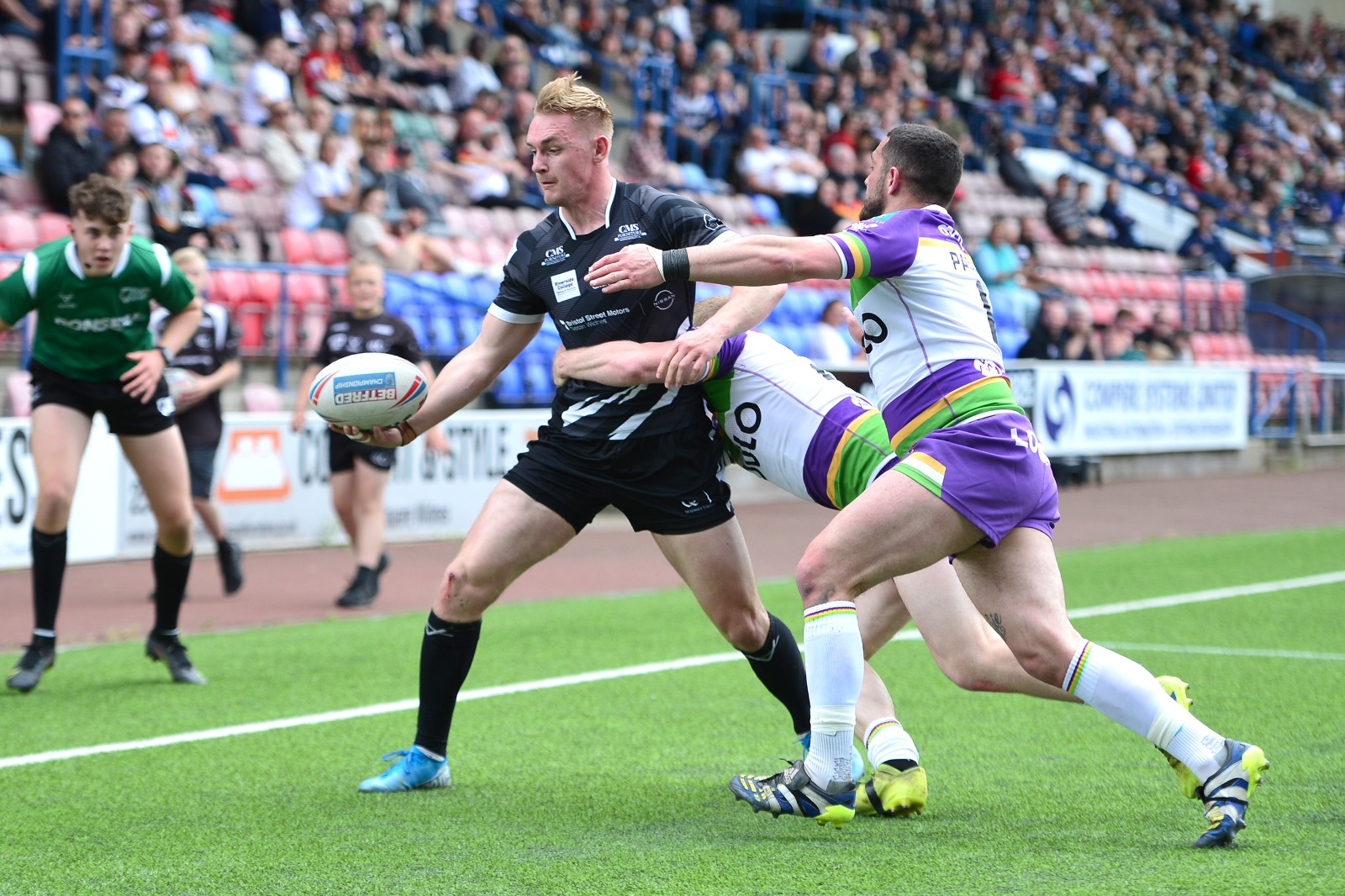 Widnes lost out by 31 points to six at home to Bradford Bulls in Round 13 of the Betfred Championship.

The only change to the 17 which faced Whitehaven saw Liam Bent come in for the injured Lloyd Roby, as Joe Lyons moved to fullback and Danny Craven came in to start his first game since our victory over Halifax Panthers in Round Three.

The visitors opened the scoring 16 minutes into the game, Jordan Baldwinson crashing over after a scoot from Thomas Doyle pulled Bradford towards the line.

Bradford extended their lead a few minutes from the break when Ryan Millar broke out on the visitors’ right side to put down and take the score to 0-12.

The Bulls got further in front just two minutes after the restart, Kieran Gill crossing despite shouts for a forward pass.

Widnes pulled one back shortly after, Ste Tyrer finding space in the corner to put down before converting his own try from the touchline.

Bradford took the chance to edge slightly ahead on the hour mark when they kicked for two after Matty Fozard was penalised for a high tackle 30 from the Widnes line. Dec Patton put it through the posts to take the Bulls to 20 points.

Just a couple of minutes after the penalty goal, the visitors worked the ball out to their left wing for Joe Burton to find space to put down and take Bradford 18 points ahead.

Ryan Millar got his second of the day 68 minutes into the contest, breaking the Widnes line out on the visitors’ right.

Bradford finished off the contest with a drop goal from George Flanagan to take the final score to 6-31.