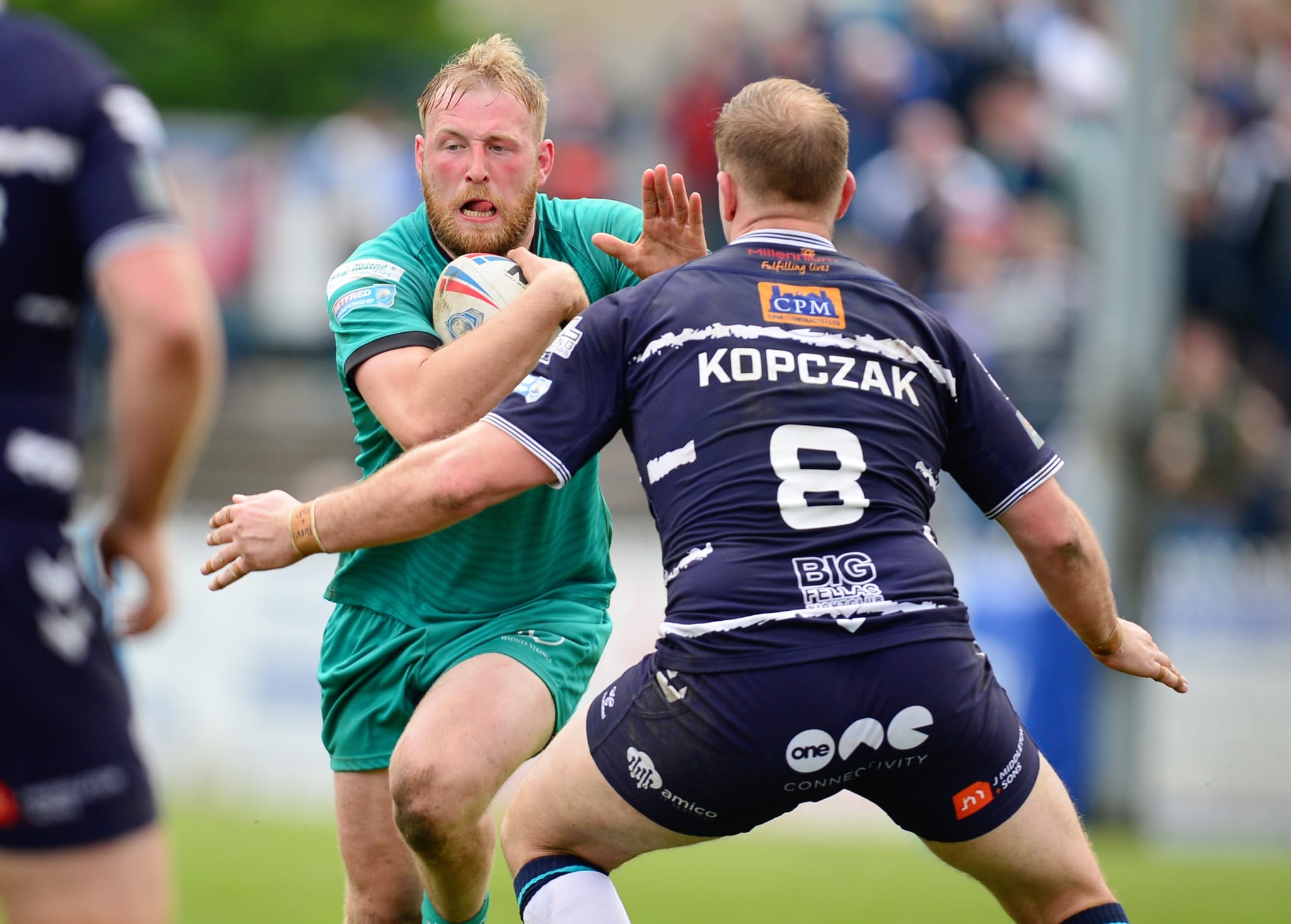 Widnes Vikings fell to a heavy defeat away at Featherstone Rovers in Round 10 of the Betfred Championship.

Liam Bent and Ollie Brookes returned for the Vikings, with Morgan Burgess also coming in for his Widnes debut after joining on a dual registration agreement with Warrington Wolves earlier in the week.

Craig Hall opened the scoring for the hosts in the corner 9 minutes into the game, avoiding several Widnes defenders to get over from close range.

Featherstone edged further ahead on 16 minutes when Jack Bussey found another gap in the Vikings’ line.

John Davies powered over the line a few minutes later, before Morgan Smith added a couple more for the hosts in a frantic first half.

Connor Jones scored five minutes before the break, with Luke Briscoe adding another to take the half-time score to 42-0.

Joey Leilua found space on the right four minutes into the second half, followed by another from a rampant Fev scored by Luke Briscoe just four minutes later.

Widnes got on the board shortly after, Matty Fozard getting through from the halves to get us off the mark.

However, Featherstone scored two more in quick succession as Luke Briscoe got his hat-trick and Jesse Sene-Lefao scored his first for the club within the next ten minutes.

Jack Bussey scored another from close range for Fev with three minutes to go, with Craig Hall scoring his second try of the game on the hooter to end the contest at 74-6.