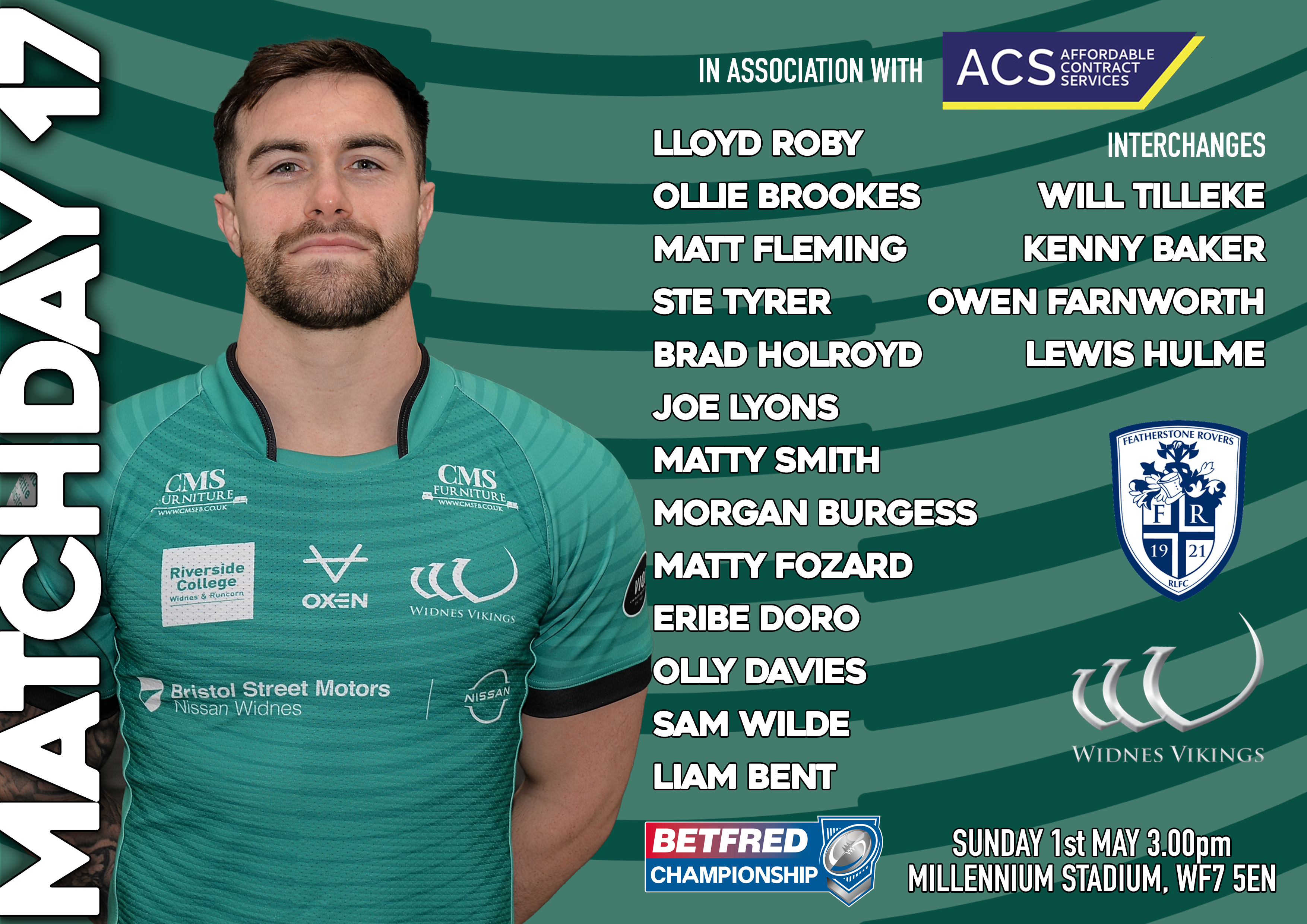 Widnes Vikings have named our ACS 247 Service & Maintenance 17-man squad to take on Featherstone Rovers in Round 10 of the Betfred Championship this afternoon at the Millennium Stadium (3pm kick-off).

The Vikings will be looking to put in a big effort against high-flying Fev this afternoon, with Performance Manager Ryan O’Brien in interim charge of the team supported by senior members of players and staff within the club.

Ollie Brookes returns from injury to start on the wing, with Morgan Burgess coming straight in from the start after joining on a dual registration agreement from Warrington Wolves for this week.

Lewis Hulme comes into the 21-man squad as a late addition after Adam Lawton had to pull out of the squad due to a late injury.