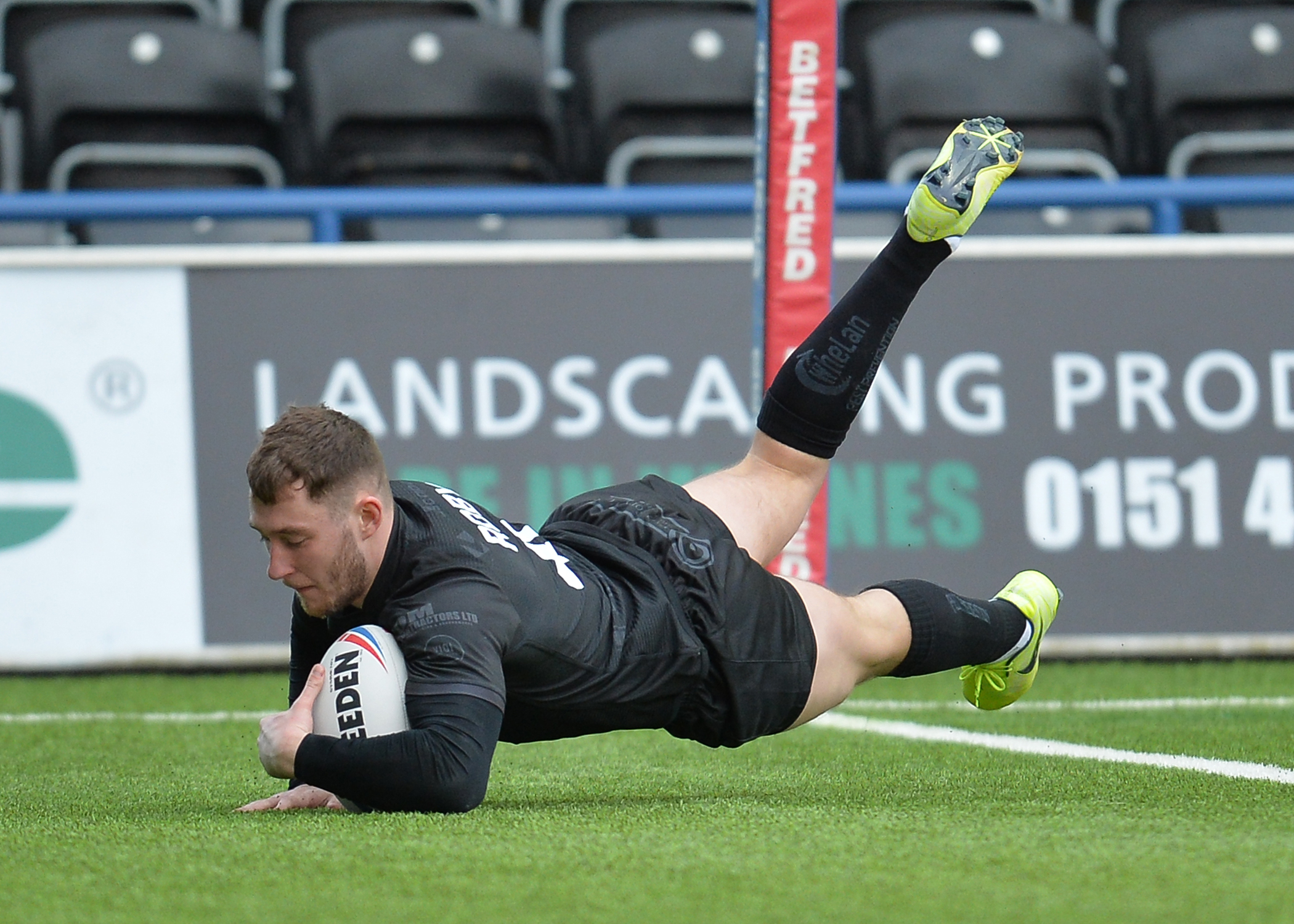 Widnes Vikings are delighted to announce that Lloyd Roby has signed a new one-year deal with the club ahead of the 2021 season.

The centre is a product of the Vikings Academy, joining the club at the age of 14 after spending his youth with community clubs Rylands Sharks and Crosfields ARLFC.

Lloyd progressed through the Widnes youth pathway all the way to the First Team, making his debut in a Challenge Cup tie away to Warrington Wolves back in 2017.

2019 was a breakthrough year for the 21-year-old, as he made 23 appearances for the Vikings and scored 14 tries, making him the third highest try scorer for the club that season.

Last season also marked Lloyd’s induction into Club 20, as he became the 17th inductee when he took to the field against Toronto Wolfpack at the DCBL Stadium, scoring on the landmark occasion.

The youngster has featured in a number of positions already in his career, including across the backline, at halfback and also hooker, emphasising the versatility he brings to the squad.

Lloyd featured in six of the seven fixtures played in 2020 before the cancellation of the season, scoring one try against Oldham in the Coral Challenge Cup.

So far in his career, the youngster has made 30 appearances, scored 15 tries and kicked three goals, all coming for the Vikings.

On staying with the Vikings for the 2021 season, Lloyd Roby commented, “I’m made up to have signed a new deal at the club, it obviously means a lot to me having progressed through the academy.

“In 2019 I enjoyed a good season with plenty of games under my belt, and that experience of playing in the Championship week-in, week-out has really helped my development. Breaking into Club 20 last season was also a great moment for me, and it is disappointing I didn’t have the opportunity to build on that in 2020.

“Obviously the safety of players, staff and fans had to come first, so now we have to make sure we’re ready and in the best possible shape for when we’re back in training.

“Working with Tim Sheens was something I was really looking forward to when I signed my contract last season, and I’m excited to continue learning from one of the best coaches in the sport.

“Now that everything is signed and confirmed, I can’t wait to get back out there and pull on the Widnes colours in front of our supporters. They have been with us through thick and thin so I can’t wait for that first game when we’re finally back with the fans packing out the stands, it will be a special moment.”

Lloyd Roby is sponsored by Anthony’s Travel for the 2020 season.