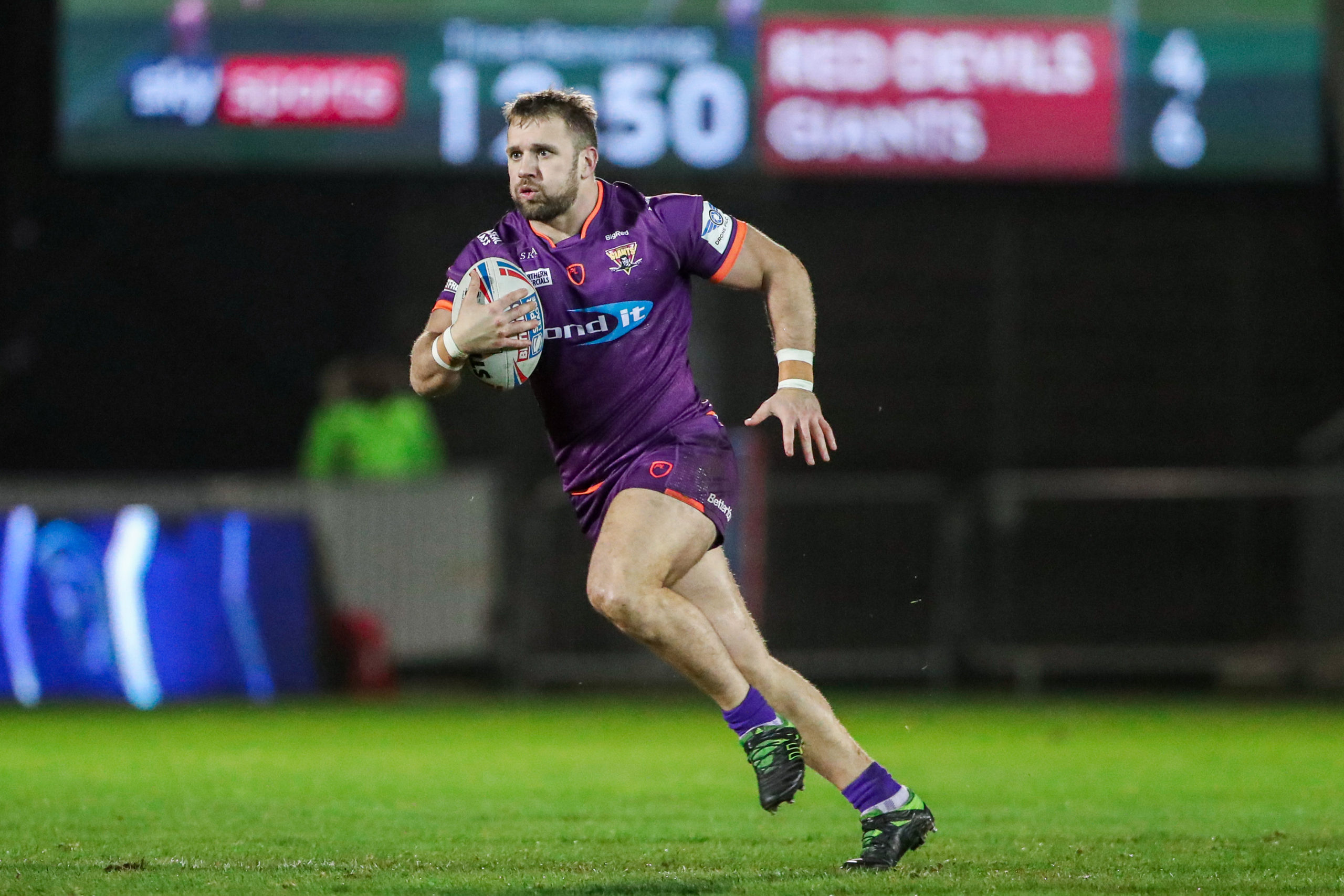 Widnes Vikings are delighted to announce the signing of Paul Clough on a one-year deal ahead of the 2021 season.

The experienced prop forward has made over 300 appearances during his career, with over 250 of those outings coming in Super League.

Clough, who has been capped for England Knights twice, started his career at St Helens where he made his debut in 2005 for his hometown club.

Throughout his career he has featured across the pack at prop, second row and loose forward, playing in a number of major finals during his time with Saints.

In 2007, he became a regular in the First Team which saw him picked for the Challenge Cup Final against Catalans Dragons, scoring in the 30-8 victory to lift his first piece of silverware.

Paul also won the Challenge Cup the following year, as Saints defeated Hull FC 28-16, and recorded his first hat-trick for the club against Warrington Wolves during that campaign.

Four Grand Final appearances followed for Clough between 2008 and 2011, with Saints falling at the final hurdle on each occasion.

Two more full seasons with his hometown club followed, before Paul joined Widnes Vikings on loan for the 2014 Super League season, making 14 appearances and scoring in a 22-20 win on his debut against Huddersfield Giants.

In 2015 he left St Helens permanently, joining Championship outfit Bradford Bulls and helping them to the Million Pound Game in his first season, as they ultimately lost 24-16 to Wakefield Trinity.

After two seasons at Odsal, Clough joined Huddersfield Giants in 2017 to return to Super League, going on to make 76 appearances and reach the milestone of 250 top-flight games.

The 32-year-old has agreed to an early release from the Giants following the restart, with the Vikings acting fast to secure his services for the 2021 season.

On joining Widnes Vikings for 2021, Paul Clough commented, “I’m excited to have signed at the Vikings. The squad that is being put together is coming along nicely. Widnes is a club with such great history and we’re all looking to get this club back to Super League where they belong.

“Having spoken to Tim [Sheens] he seems like a really good bloke and he mapped out where he wants to take the club, along with his plans for me personally which really appealed to me in that sense. I had a few bits of interest from elsewhere but after one chat with Tim, who was pretty clear and precise with what he wanted and the vision he has, it was an easy decision in the end.

“It’s always nice to have players with experience within the squad, with the likes of Matty Smith who is a Lance Todd Trophy winner and has won the Grand Final and Challenge Cup. Logan [Tomkins] is a Challenge Cup winner and Matt [Cook], Lee [Jewitt] and Steve Tyrer all arrive with plenty of experience. I will be trying to help everyone within the squad, like I always have throughout my career, but at the same time I will be looking to those guys to help me.

“There was a real good set of lads at Widnes during my loan spell, and some of them are still there now. The fans are very passionate and have supported them through thick and thin, while the facilities are up there with some Super League clubs, never mind Championship. The set-up is really good and the fans are really good, so it was an easy decision to come back.

“It would be nice for us all to get back out there and have fans back in stadiums, and when the Championship season resumes it is going to be great for everyone. I’m looking forward to being a part of that but there’s a lot of hard work that needs to go in before then, and before we earn the right to put on that shirt.

“Tim has made it clear that he will pick his best available team based on who trains and plays the best, so I have to concentrate on earning the right first. It will be an honour to represent Widnes again though once we’re back underway.

“Pre-season is an important part for any club and is especially important when you’re a new player coming into the squad. You have to learn a lot about your teammates, your coaches and how the team wants to play; all these different facets you take for granted when you’ve been at a club for a while and have already learnt them. It’s always good to hit the ground running, which is why I have been keeping fit during lockdown and enjoying being able to do a bit more recently.

“I’m really looking forward to getting started now and getting to know everyone, all rugby lads I have come across in my career are all good lads and I already know some of the lads at Widnes so I am just really excited to get started.”