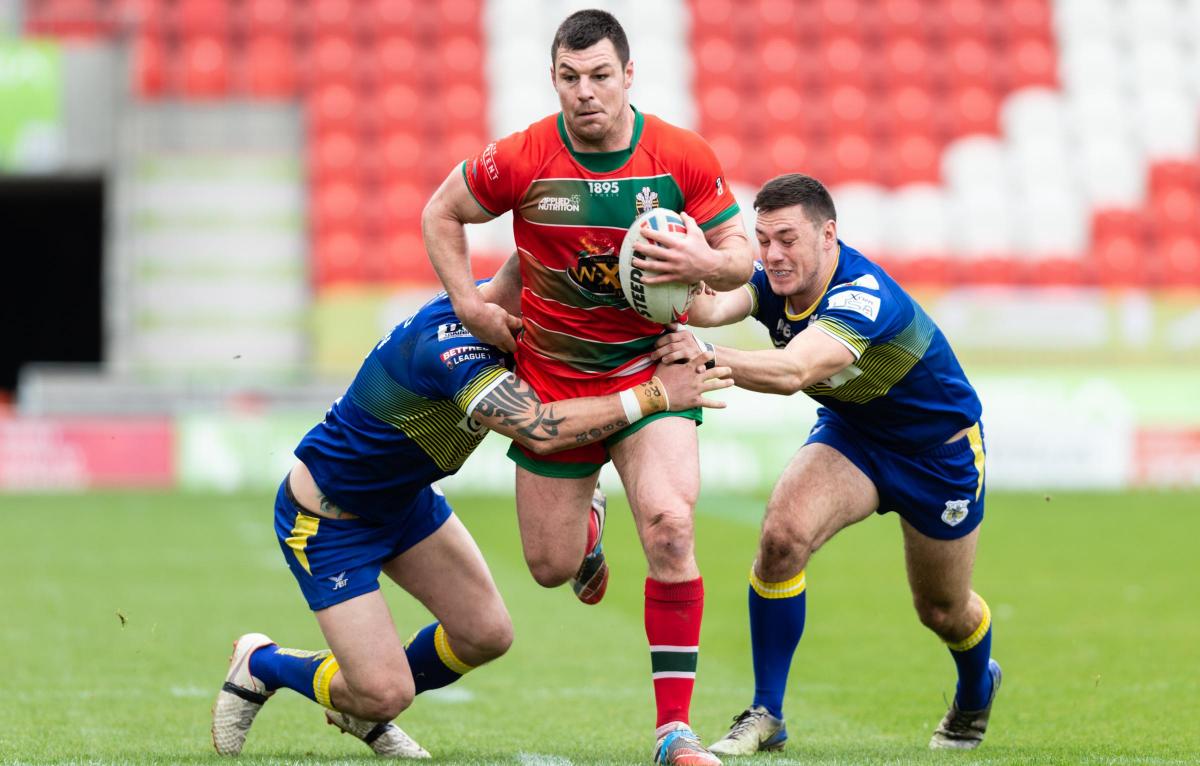 Widnes Vikings are delighted to announce the signing of Kenny Baker on a one-year deal ahead of the 2020 Betfred Championship season.

The loose-forward joins the club from North Wales Crusaders, having spent four seasons with the Wrexham based outfit following a step-up from the amateur game.

Since his move to the Welsh club, Kenny became an integral member of the playing squad as he was named club captain in 2019, going on to make 78 appearances and scoring 30 tries.

In 2018, Kenny scooped at hat-trick of awards at the Crusaders awards evening, picking up the accolade for Try of the Season while also being voted Fans’ and Players’ Player of the Year.

Prior to his time at North Wales, Baker played his rugby league at National Conference League Division 1 side Ince Rose Bridge, and has represented both Great Britain Under 19s and England Lionhearts.

Equally as comfortable in the front row, Kenny will be hoping to make a mark as he steps up to the Championship with the Vikings in 2020.

Kenny Baker commented: “It feels great to be joining such a famous club like Widnes. As soon as I found out they were interested I said ‘that’s where I want to be playing my rugby next year’.

“The main factor that persuaded me to come here was knowing that everyone at the club has a strong work ethic and wants to push on to try and get the club back to where it belongs, which I am grateful to be a part of.

“It’s really exciting times for me. Personally, I love a challenge, and I am sure that the rest of the lads will want to get the club back to where it belongs. I would love to be a part of the team that eventually gets promoted back to Super League.

“I can’t wait to step out onto that field and show people what I am capable of. I feel that I can offer a lot to the team, even if it is my first Championship club. I’m ready for the challenge and I will give everything to succeed for both myself and the club.

“I have seen how loyal the fans have been, particularly this year but in other years too. Widnes have a great fan base and I am looking forward to stepping out in the black and white in front of them.

“Some of the players already committed to the club have a lot of experience in the game, which can help people like myself when making the step up to this level. The Widnes lads will be hungry to succeed just like myself, so I think this is a great start to building a solid team for next year.

“The Widnes fans can expect to see a hard-working forward who is a massive team player with a will to win. I’m a big talker and I like to think I lead by example on the pitch.”

Kenny is proudly sponsored by West End Motors for the 2020 season.