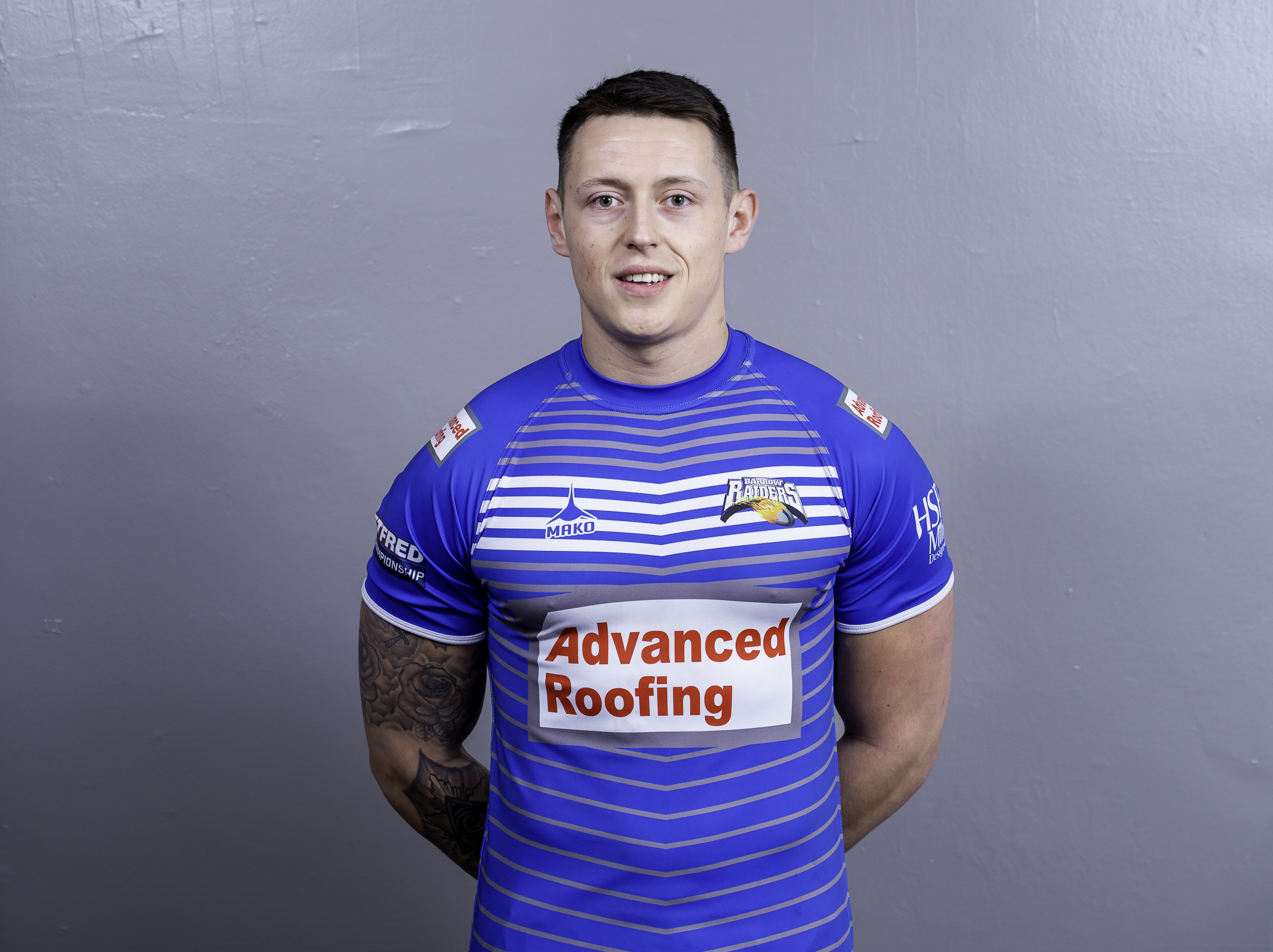 Deon Cross joins Widnes Vikings having worked his way back into professional rugby league from the community game, dealing with an early career set back to get to where he is today.

His rugby league journey started as part of the academy system at St Helens, however after being released by the club he was forced to re-join the amateur game.

While plying his trade at Blackbrook, the centre managed to earn himself a trial at Rochdale Hornets before securing a permanent deal for the 2018 season.

Deon’s debut Championship season saw him catch the eye of a number of clubs within the division, as he racked up 11 tries in his 27 appearances for the Hornets.

A move to Barrow Raiders followed, where Cross continued his brilliant try scoring form with a further 14 tries in his 30 outings during the 2019 campaign, finishing as the club’s top try scorer.

Now, the centre is Widnes-bound having signed a one-year deal with the club, and he can’t wait to pull on the black and white jersey in 2020.

“I’m really excited to be joining such a great club like Widnes for the 2020 season, and I am grateful for the opportunity,” Cross admitted.

“It’s exciting to think that I could be a part of the team that pushes Widnes back up the table and towards where they belong, and I’m looking forward to that challenge.”

In his 57 appearances in the Championship so far Deon has scored 25 tries, and has praised the faith of his former coaches, which he feels has helped him develop as a player.

“Since coming into the Championship I’ve matured more as a player, and former coaches Paul Crarey and Alan Kilshaw have given me plenty of game time to gain some valuable experience, and I can’t thank them enough for that.”

Danny Craven, Jack Owens and Joe Lyons have already committed to the club from the 2019 squad, while Shane Grady and Jake Spedding have made the move to Widnes ahead of the new season.

Deon becomes the third new signing so far, and he is looking forward to linking up with his new teammates.

“It will be great to play alongside some good quality players who will bring the best out in me, and I am looking forward to learning from some of the experienced members of the squad.

“With the team that we are putting together, I’m sure we will have a top Championship side in 2020.”

Vikings supporters will remember a length of the field effort that the pacey centre scored at the Halton Stadium back in June, as he raced away for an interception try against his new club.

And while Cross may well have made an impression on Widnes fans on that day, they certainly left a lasting mark on him both home and away in 2019.

“I’m looking forward to getting out there for my first game playing in front of the supporters,” he continued.

“Widnes have a great fan base that takes a big number of travelling supporters to away games too, and that was one of the reasons which persuaded me to join this club.

“Hopefully the fans will see that I’m hard working and consistent, and I will always make sure that I give 100% week in week out for the shirt.”

Deon Cross is proudly sponsored by Jeannie’s Away Travel for the 2020 Betfred Championship season.