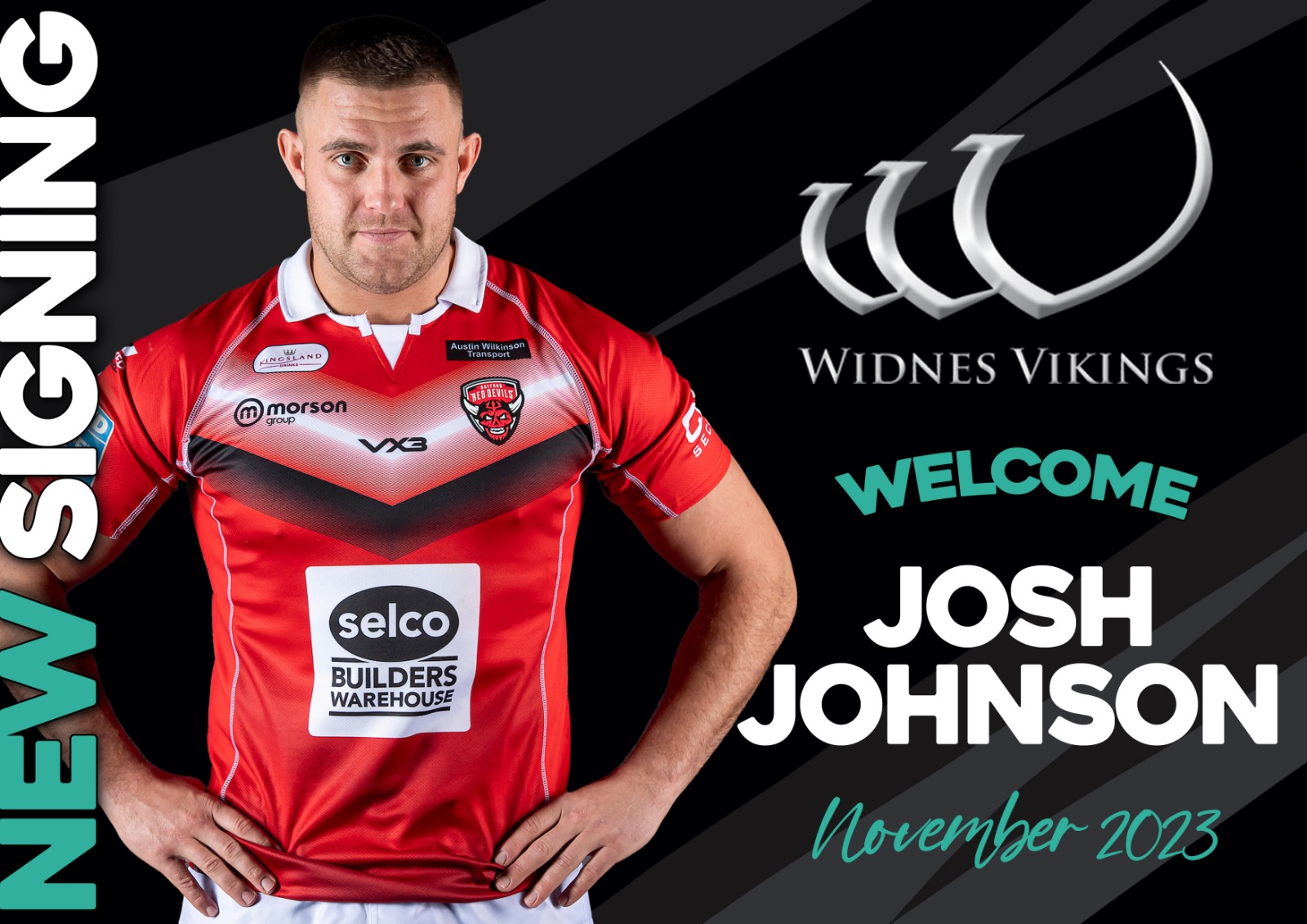 Widnes Vikings can confirm the immediate signing of experienced prop Josh Johnson from Salford Red Devils until the end of the 2023 season. We can also confirm that prop forward Tyler Dupree has joined the Red Devils with immediate effect as part of the agreement.

Josh Johnson, 27, joins the Vikings for the remainder of this season as well as 2023, and has a wealth of both Super League and Championship experience having made 146 appearances in his career so far.

With some of our more experienced forwards missing through injury for large parts of the season so far, Josh’s arrival will fill that gap and provide some size and aggression in the middle of the pack.

He began his career with Huddersfield Giants, making his debut in 2013 and spending three years with the club including dual registration spells with Doncaster and Oldham and a loan spell at Batley Bulldogs.

Josh moved on to Hull Kingston Rovers in 2017, where he helped his side win promotion back to Super League for the 2018 season.

The forward played for Barrow in 2019 before joining Salford later that year. He has been with the Red Devils since, including a loan spell back at Barrow earlier this year in which he played against Widnes at the DCBL Stadium.

Josh will link up with the squad this week in preparation for this weekend’s game against Whitehaven.

Widnes secured Tyler’s signing for the 2022 season amidst considerable interest from both Championship and Super League clubs. Tyler has always held the ambition of playing full-time at Super League level, which the club were aware of prior to signing him. After a promising start to the season, he had agreed to join Salford Red Devils for 2023.

The opportunity arose to sign Josh for the remainder of this season, such was the decision to allow Tyler to join Salford early and with immediate effect.

We would like to thank Tyler for his contributions to the club this year and wish him all the best for the future.

The club have been working hard to strengthen our squad for this season and beyond, and feel that Josh’s arrival will help us improve our performances.

Josh will be in line to make his Widnes debut in this Sunday’s game.

Josh Johnson will be proudly sponsored by West End Motors for the 2022 season.