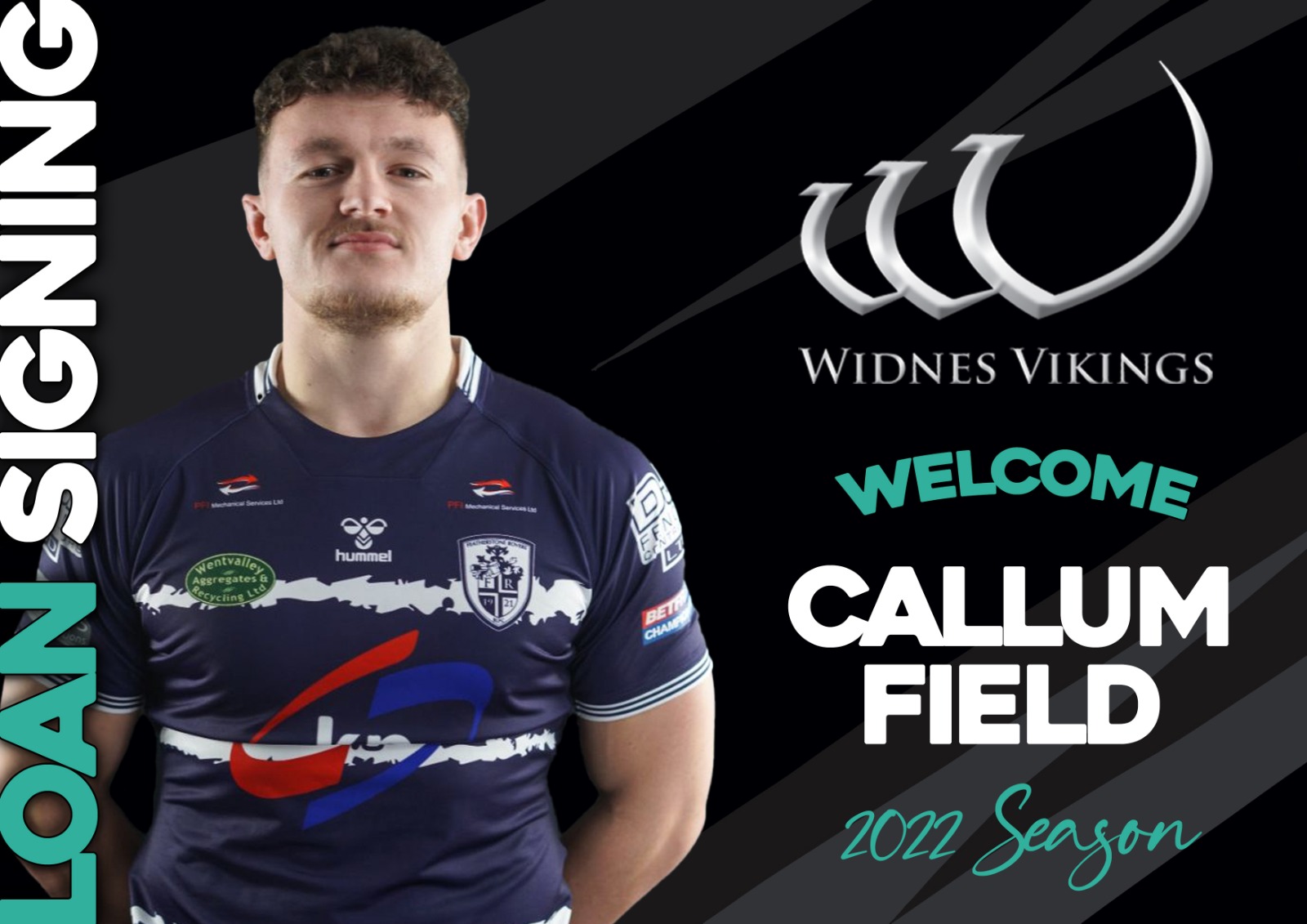 We are delighted to confirm that Callum Field has joined Widnes Vikings on a season-long loan from Featherstone Rovers.

The loan deal includes no call-back option, so Field will be with the Vikings for the remainder of the 2022 season.

Field plays in the middles, and started his career in Super League with Wigan Warriors, making his debut in 2017 before spending time on loan at Swinton Lions, London Skolars and Dewsbury Rams.

He represented England at youth level, touring Australia in 2016 with Owen Farnworth, as well as ex-Vikings Danny Walker, Brad Walker and Liam Walsh.

The 24-year-old joined Featherstone Rovers ahead of the 2021 season after a short spell for Leigh Centurions in 2020, and has scored four tries for the club since.

He has made eight appearances so far this season for high-flying Fev, and helped his team to victory in the 1895 Cup final last year.

Field will join up with his teammates this week and is in contention to face Whitehaven this Sunday.

The no-call back option is the second Widnes have worked to secure so far this season after the season-long loan arrival of Eribe Doro earlier this year.

Field’s signing will add some more aggression to the Vikings pack for the 2022 season, and will strengthen the team going into this weekend’s game.

Callum Field will be proudly sponsored by Runcorn Eats for the 2022 season.