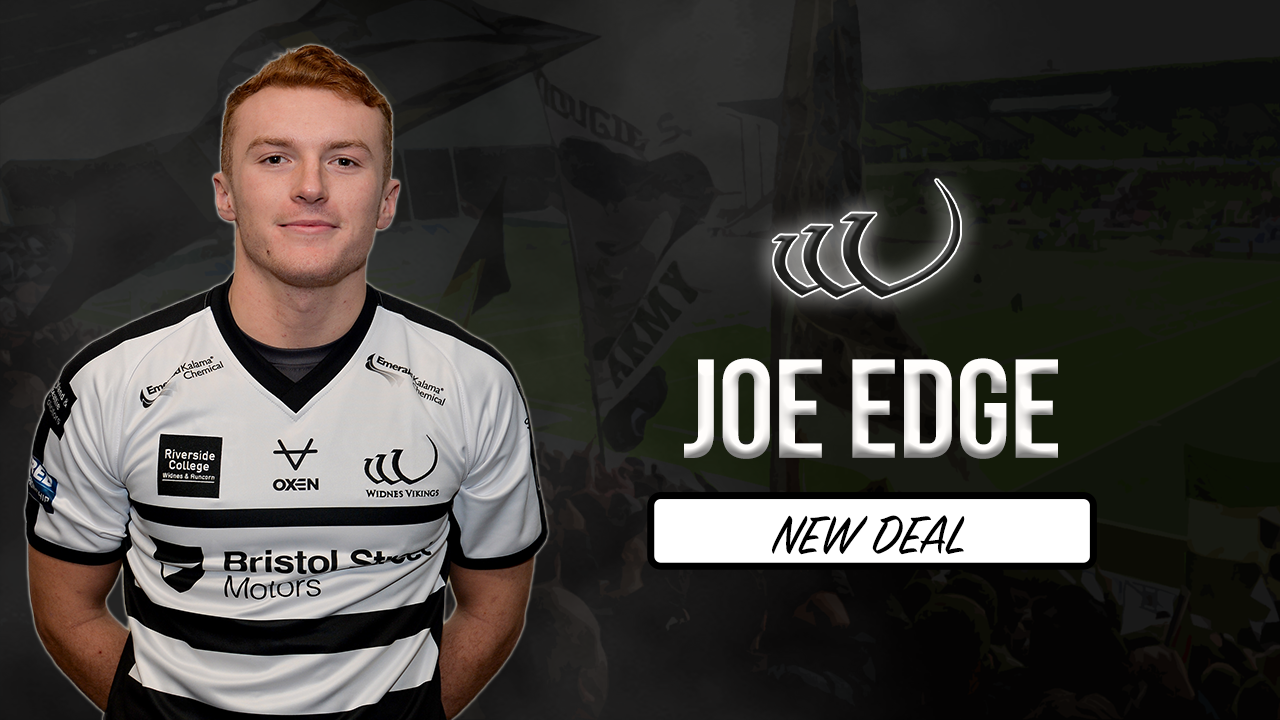 We are delighted to confirm that Widnes-born centre Joe Edge has signed a new one-year deal to remain with the club for at least another season.

‘Edgey’ played his junior rugby with Moorfield before first joining up with the Vikings’ Development Squad aged 11 and going on to represent the Widnes ‘Town Team’, then joining the club’s Scholarship programme.

Joe represented England at under-15 and under-16 levels before first breaking into the Widnes first team in 2019. He kicked four goals in three league appearances in 2019 before scoring his first senior try in the 52-12 Challenge Cup victory over Oldham in 2020.

He was asked to play several different roles for Simon Finnigan’s side in 2021 and was a solid performer wherever he played, scoring two tries.

Edge is another example of a plethora of players who have progressed through the Vikings system and are now plying their trade in the first team.

On signing his new deal, Edgey said: “I’m made up to have signed for another year. It means a lot to be playing for my hometown team and I can’t wait for next season.

“My aims for next season are to have a good pre-season and earn a place in the starting 13.”

Joe Edge was proudly sponsored by Teeling Management for the 2021 season.