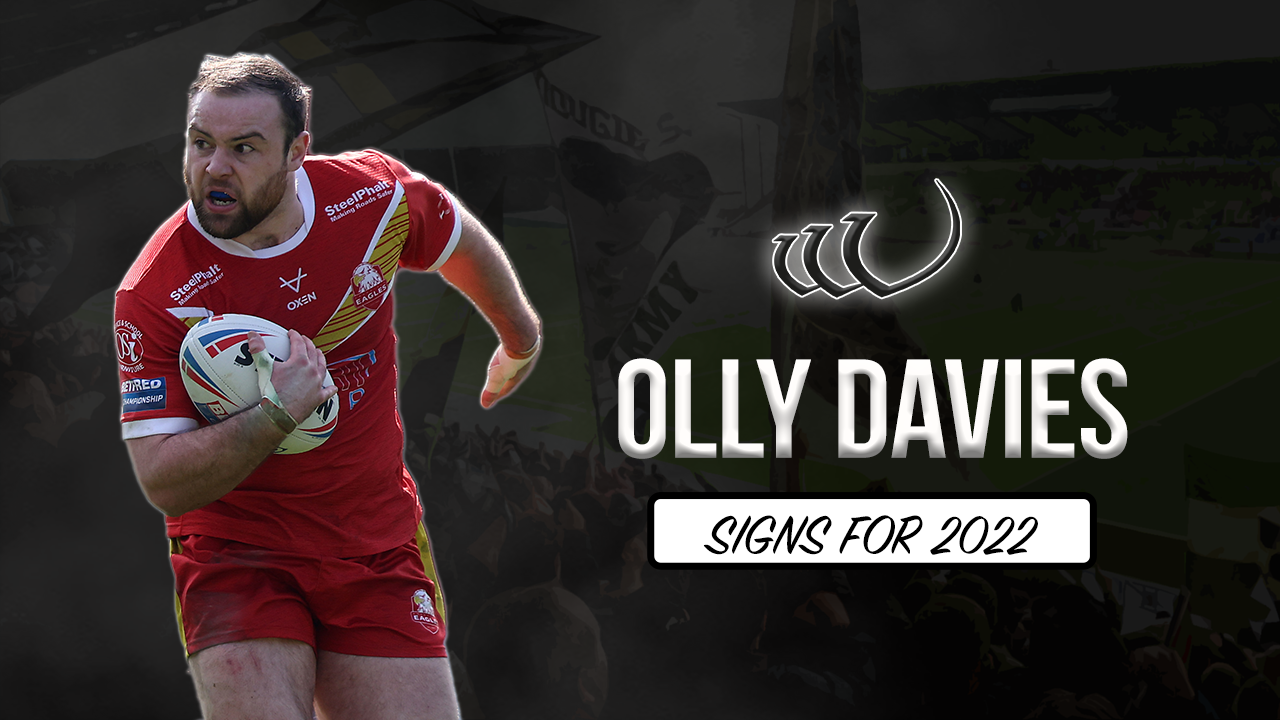 We are delighted to confirm that forward Olly Davies will join the club for 2022 after agreeing a one-year deal following the expiry of his contract with Sheffield Eagles.

The 25-year-old began his career at St Helens before moving on to Swinton Lions and then joining up with the Eagles in 2018, notching up more than 80 games for Sheffield and scoring more than 20 tries primarily from second-row.

He turned out for the Eagles in their 1895 Cup victory in 2019, when they defeated Widnes at Wembley and has spoken about how the passion of the Vikings fans made an impression on him before joining.

The forward will join up with the squad ahead of their first week back of training this week and adds another option to a promising squad for 2022 so far.

On signing for the Vikings for 2022, Olly said: “I’m thrilled to have been given the opportunity to join Widnes Vikings, a huge club with a fantastic history.

“Simon is putting together an exciting squad for 2022, I’m really looking forward to getting back into training and meeting up with my teammates, as well as seeing a lot of familiar faces that I’ve already played with at various points throughout my career.

“It’s going to be a really competitive Championship in 2022 but I’m confident that we will be up there with the best when the play-offs come around.

“I’ve seen first hand at Wembley the passion the Widnes fans have for the club and I’m excited to be part of it.”