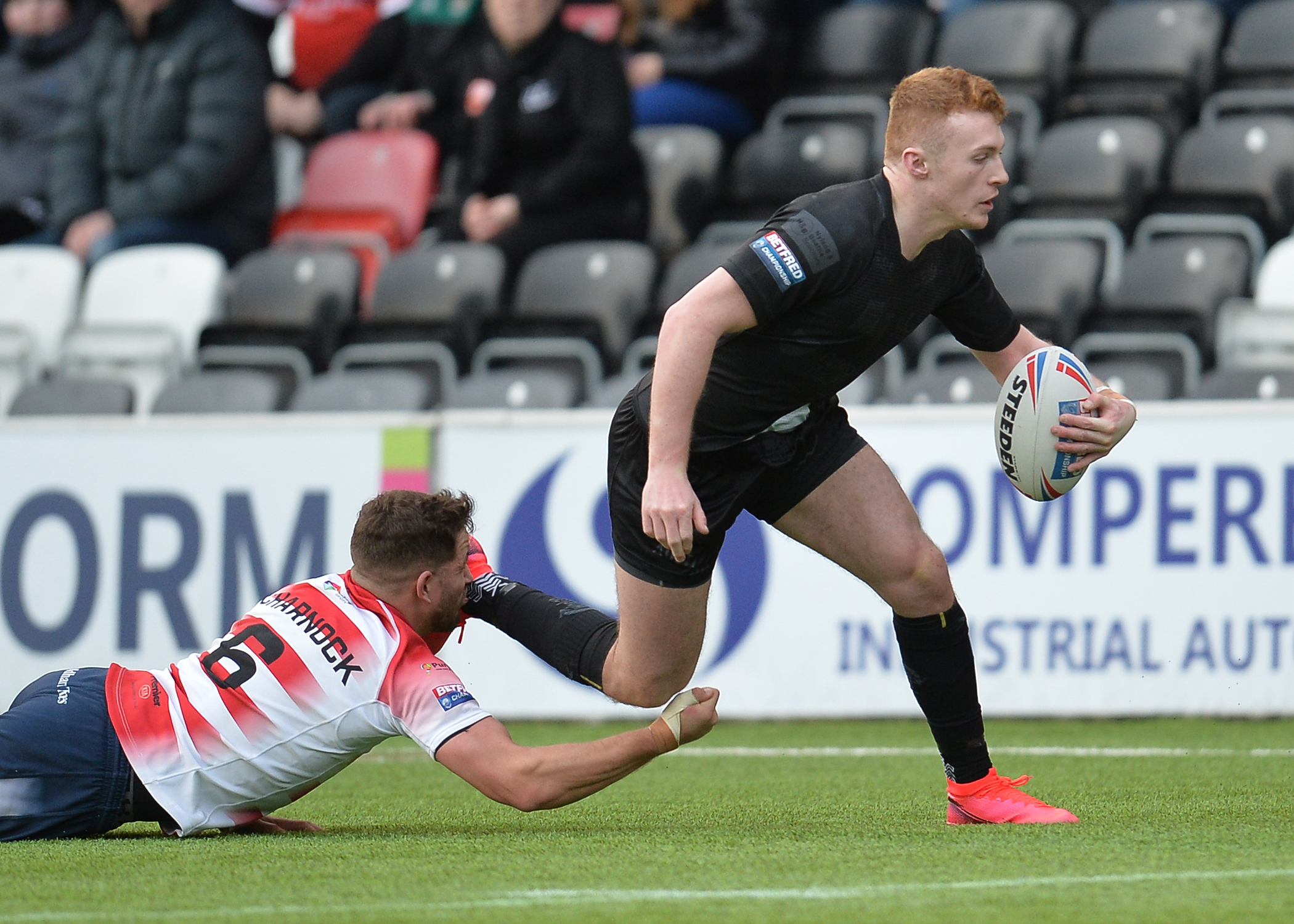 Widnes Vikings are delighted to announce that Joe Edge has signed a new one-year deal with the club ahead of the 2021 season.

The Widnes-born centre is a former Vikings Academy member, having initially linked up with the club in the Development Squad aged just 11 before going on to represent England at Under 15 & 16 level.

The 20-year-old went on to feature three times last season, kicking four goals, before making an instant impression on Head Coach Tim Sheens in 2020, as he cemented a place in the First Team squad.

Before the season was cut-short, Joe had made six appearances and scored two tries, including his first-ever senior try against Oldham in the Coral Challenge Cup during a 52-12 victory.

Joe can turn his hand to both centre and fullback positions, and has even appeared in the forward pack during 2020 as a second row replacement back in Round 1.

On signing a new deal with his hometown club, Joe Edge commented, “It feels great to be staying at Widnes for at least another season. Playing for your hometown club is an incredible feeling, so getting the chance to continue doing that is something I’m looking forward to.

“After making my debut last year, I was determined to break into the First Team squad as a regular and being given that opportunity in 2020 was great. Tim Sheens showed faith in me early on, and I hope I repaid that faith with my performances before the season was cancelled.

“Working with a coach that has the amount of experience that Tim has is something that can only help me improve as a player, and working under him so far has been brilliant.

“I’m hoping that I can pick up where I left off in 2020 and hopefully gain a full season at First Team level under my belt. There is going to be a lot of competition for places, especially with some of the signings that have been made, but I’m sure that competitiveness within the squad will help me to continue to improve.

“Once it is safe to do so, we all can’t wait to get back out there in front of the fans. They showed early on in the season why they are the best fans in the league, especially away at Oldham, so it will be great to walk out in front of them again in 2021.”

Joe Edge is sponsored by Teeling Management for the 2020 season.