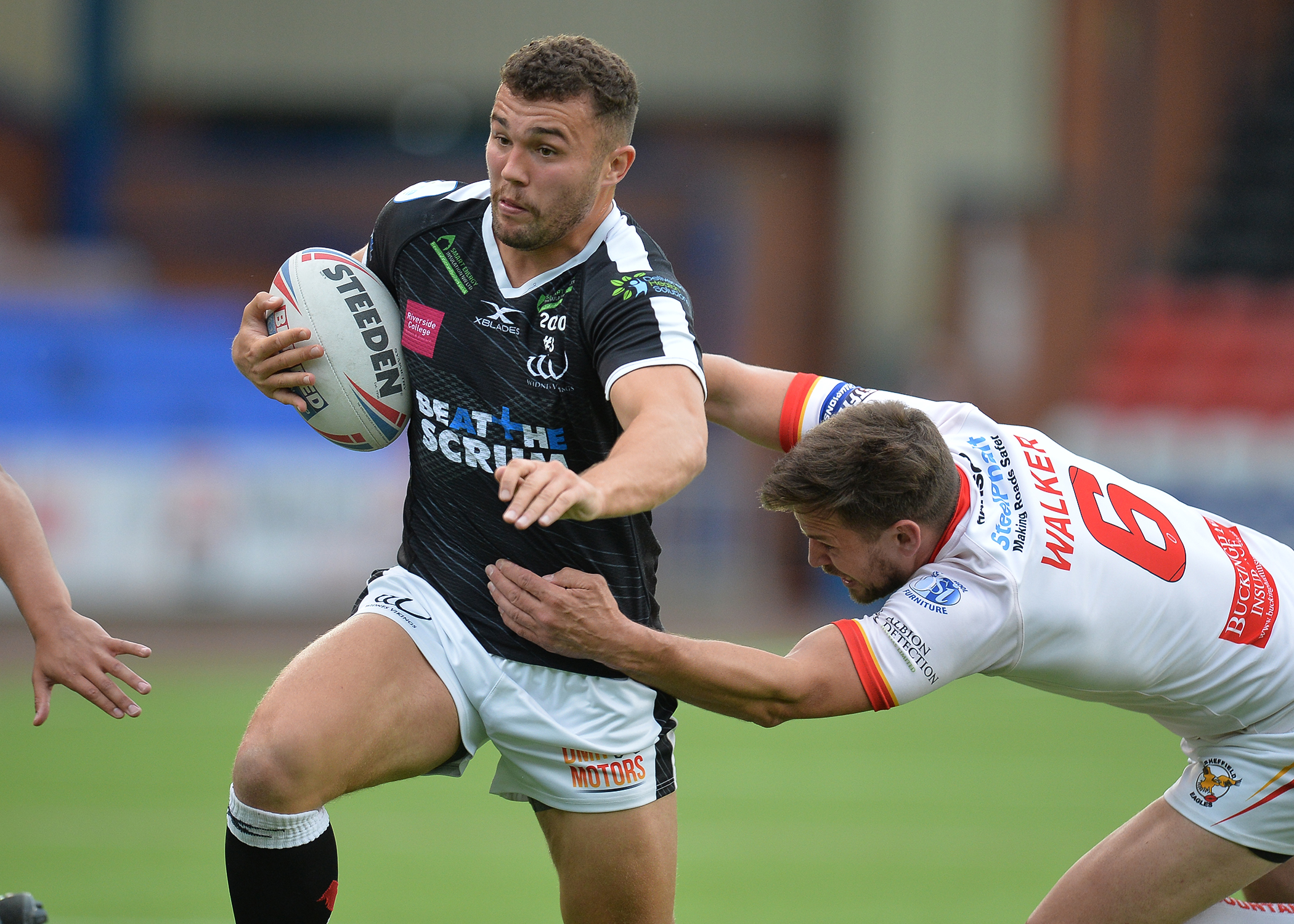 Widnes Vikings are delighted to announce that fullback, Jack Owens, has signed a new one-year deal with the club.

Owens has come through every stage of the club’s pathway through to the first team and gained international honours with England Academy. Jack would go on to make his debut for his hometown club at just 16 against Siddal in the Challenge Cup.

Jack has been instrumental for the Vikings this season, going on to make 29 appearances, scoring 17 tries and amassing 270 points.

Jack’s most memorable moment this year came in the 1895 Cup Semi Final against Leigh Centurions with his try, in front of the travelling 2,000 Widnes support, sending the club back to Wembley for the first time in 26 years.

At the club’s End of Season Dinner, Jack was rewarded for his efforts this season when you voted him as your 2019 Sleeptight Beds Fans Player of the Year.

Jack, who was born and raised in Ditton, is the first player to re-sign for the club for 2020, and is looking to help push the club forward into a new era.

The re-signing of Jack Owens for the 2020 season has been made possible thanks to Vikings Quids In.

VIQI have committed to make a substantial contribution for Jack, with the supporters’ monthly subscriptions playing a massive part in funding this deal. Without this valuable contribution, it would have been very difficult to retain Jack for next season.

Jack Owens says: “I’m buzzing to re-sign. I’ve been speaking to Phil Finney for a while, so to get the contract signed once we were out of Special Measures and be able to look forward now, it’s great.

“This year has been an enjoyable one for me personally. I wanted to come in, rip in during pre-season, and prove myself again to everyone here.

“This year was topped off by getting to Wembley, and then on Monday night when I won the Fans Player of the Year award.

“I didn’t want to leave this club this year, and I love playing for Widnes. My family and I have supported this club for their whole life, and I’m buzzing I get to carry on playing here.

“When I signed last year, I wanted to help us get back to Super League. It’s going to take a few more years than we probably expected it to, but we’re going to rebuild and work as hard as we can over the next few years to do that.”

Jason Shaw, founder of VIQI, says: “It is vitally important that Widnes Vikings retain the services of some of our best players, and in Jack we have retained the Fans Player of the Year.

“Jack has been one of our most consistent performers this year and his try at Leigh will live long in our memories.

“VIQI is determined to help support the clubs long term stability, growth.  The retention of key players like Jack only supports this aim and we shall continue to donate funds to the club to ensure the coaching staff have the chance to attract some of the best players to our club.

“The continued support of the fans who support the VIQI scheme is essential in ensuring we remain competitive and that we can compete at the highest level in the Championship.

“It is essential that we retain healthy membership levels and move forward and recruit further members to allow us to increase our support to the club further.

“Finally, I would like to finish off by thanking all our members for their continued support.  Every member should feel very proud in the knowledge that they have played their part in helping their club to retain a player of Jack Owens calibre. “

Jack is proudly sponsored by Teeling Management for the 2019 and are proud to continue their sponsorship into 2020.