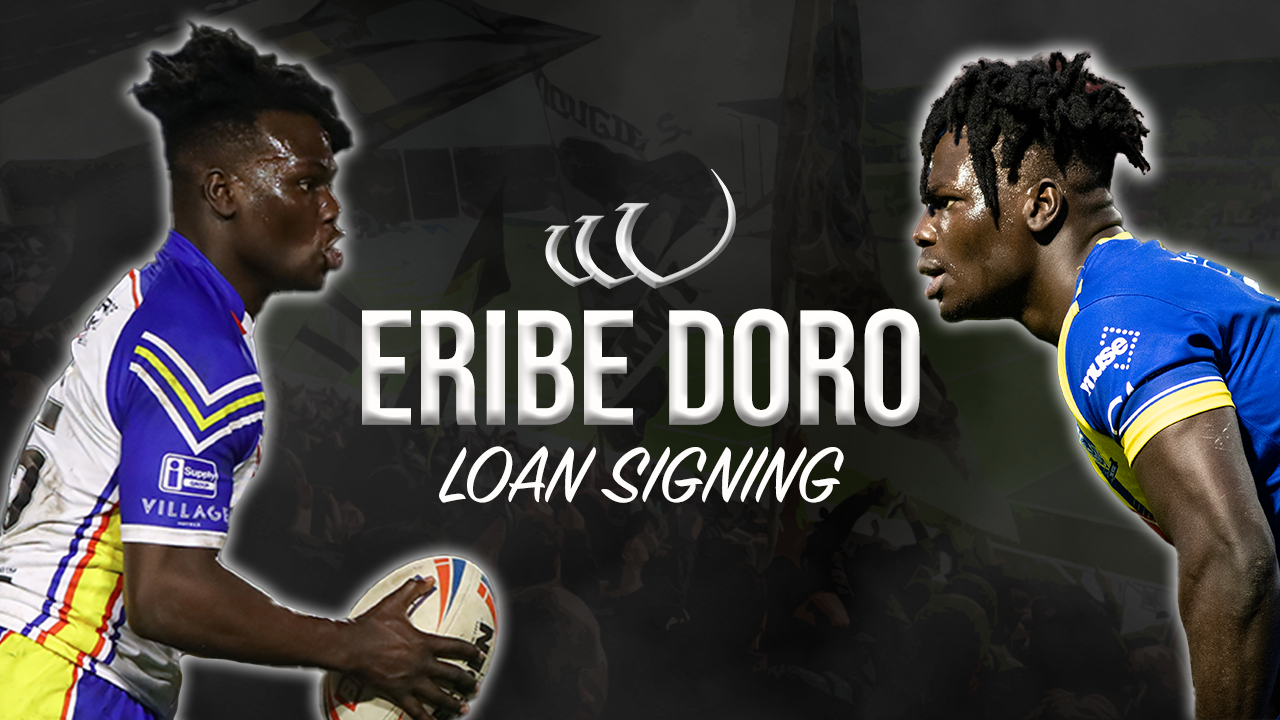 Widnes Vikings can announce the signing of Warrington Wolves prop-forward Eribe Doro on a two-week loan ahead of this Sunday’s Betfred Championship opener.

The 20-year-old is a strong-running forward who made his Super League debut against Castleford Tigers back in September, having worked his way through the Warrington academy system.

Doro showcased his talents against the Vikings back in 2020, featuring in the Reserves fixture between the two clubs prior to the season being cancelled.

An England youth international, Eribe will bring size and aggression to the Widnes pack for the coming weeks and will hope to make a big impact in his time at the DCBL Stadium.

Eribe Doro is proudly sponsored by Harold Prescott and Sons during his time on loan with Widnes Vikings.