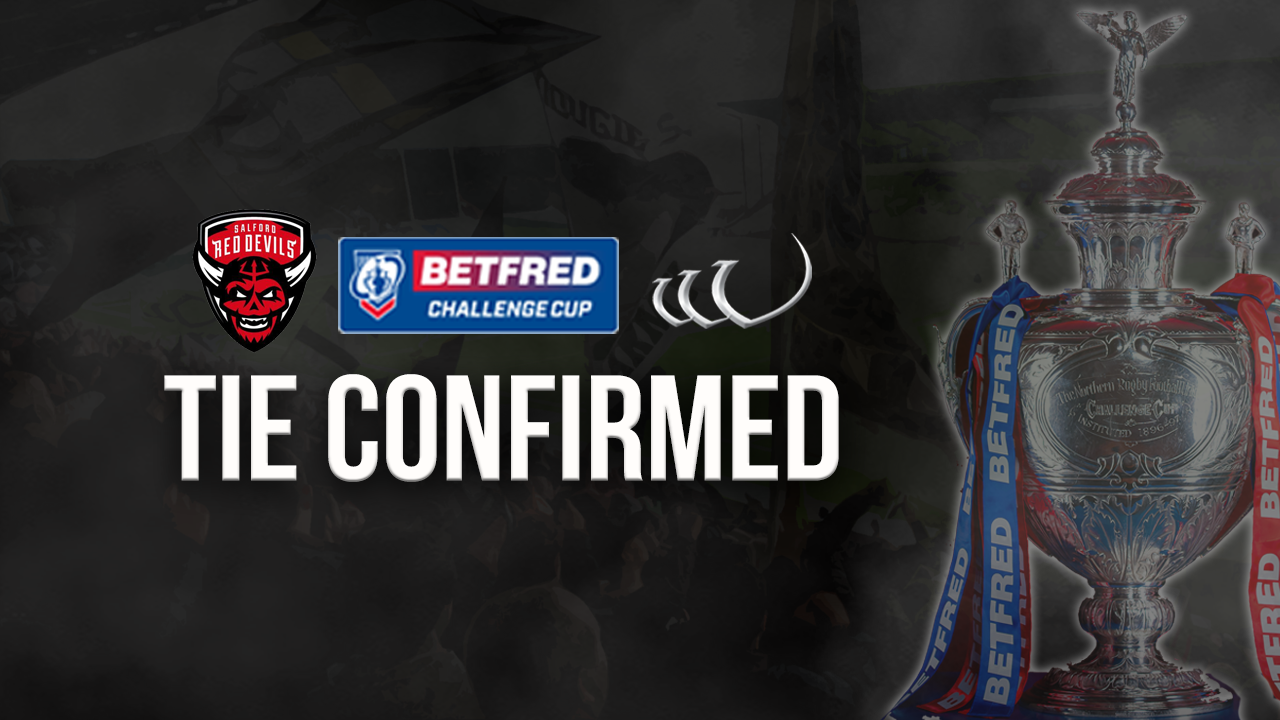 Widnes Vikings’ clash against Salford Red Devils has been confirmed, with Simon Finnigan’s side travelling to the AJ Bell Stadium on Saturday 10th April.

The Vikings progressed to Round Three of the Challenge Cup by beating West Wales Raiders and Whitehaven RLFC, and will be facing up against Super League opposition in Round 3.

The schedule for the Third Round of the Betfred Challenge Cup has been confirmed – with three of the eight ties available on free to air coverage, and the other five to be streamed on the RFL’s Our League web and app on a pay per view basis, with “ticket” sales shared between the clubs.

The clash between the Betfred Super League champions St Helens and the Challenge Cup holders Leeds Rhinos at the Totally Wicked Stadium will be televised on BBC One on Saturday April 10 – coverage starts at 2pm, with a 230pm kick-off.

The BBC will launch their network Challenge Cup coverage in 2021 with a double header. They have also selected the tie between Catalans Dragons and Wakefield Trinity, providing an early French flavour at the start of Rugby League’s World Cup year. That tie will also be played at the Totally Wicked Stadium with a 5pm kick-off, and shown live on BBC Two.

The third tie available free of charge will continue the coverage of this season’s Betfred Challenge Cup by TheSportsman.com, who will show the York City Knights for the second time as they welcome Wigan Warriors to the new LNER Community Stadium, following away wins against Sheffield Eagles and London Broncos. That match will be on Friday night, April 9, with a 745pm kick-off, and can be found on TheSportsman.com’s YouTube and Facebook pages.

The Third Round will begin with an all-Super League tie between Hull KR and Castleford Tigers, a repeat of the 1986 Wembley final, kicking off at 6pm on Friday April 9 – with live coverage on Our League for an Earlybird price of £4.95 increasing to £10 on the day of the match.

There are two more Our League ties on Saturday April 10 bookending the BBC ties. Salford Red Devils will begin their quest to return to Wembley after last year’s Final defeat with a home tie against Widnes Vikings at 1230pm, and the day will conclude with another intriguing tie between Championship and Super League clubs as Featherstone Rovers host Hull FC at 7pm.

Earlybird tickets for all five Our League ties are now available – www.rugby-league.com/livestream – and in all cases, the revenue will be shared between the competing clubs.