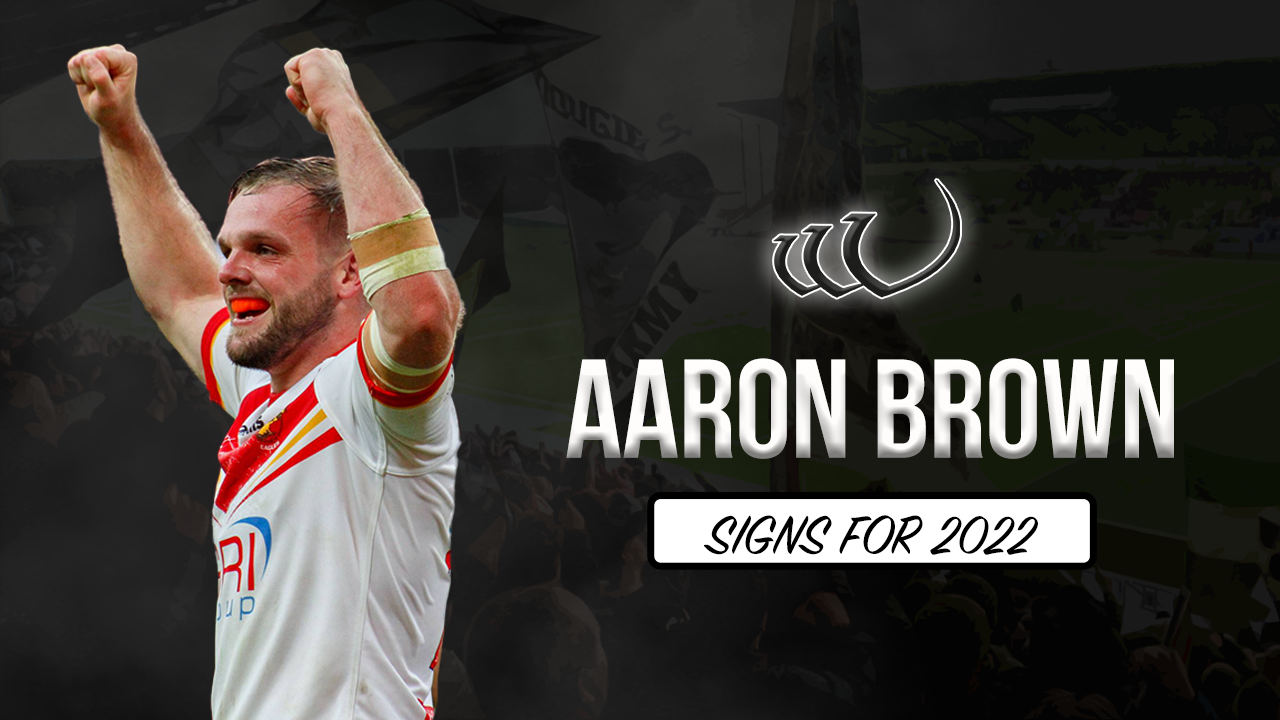 We are delighted to confirm that forward Aaron Brown will join the club for the 2022 season after agreeing a one-year contract.

The 29-year-old arrives after completing the season with Sheffield Eagles and brings power and experience to the pack for next year.

The Oldham-born postman moved on to Sheffield in 2019, and Widnes fans might remember him scoring a hat-trick in the 1895 Cup final in his debut term.

He scored 17 tries and 68 points over 59 appearances for the Eagles prior to joining the Vikings for next year.

On signing for 2022, Aaron said: “I’m really pleased to be signing for Widnes, it’s a massive club with a big history. The fans are second to none and I can’t wait to get out there in front of them.

“I think with the team we’ve got, we should be competing near the top and making the play-offs. Finny (Simon Finnigan) is putting something good together and it’s going to be an exciting season. I’m looking forward to getting started and meeting all the boys.”