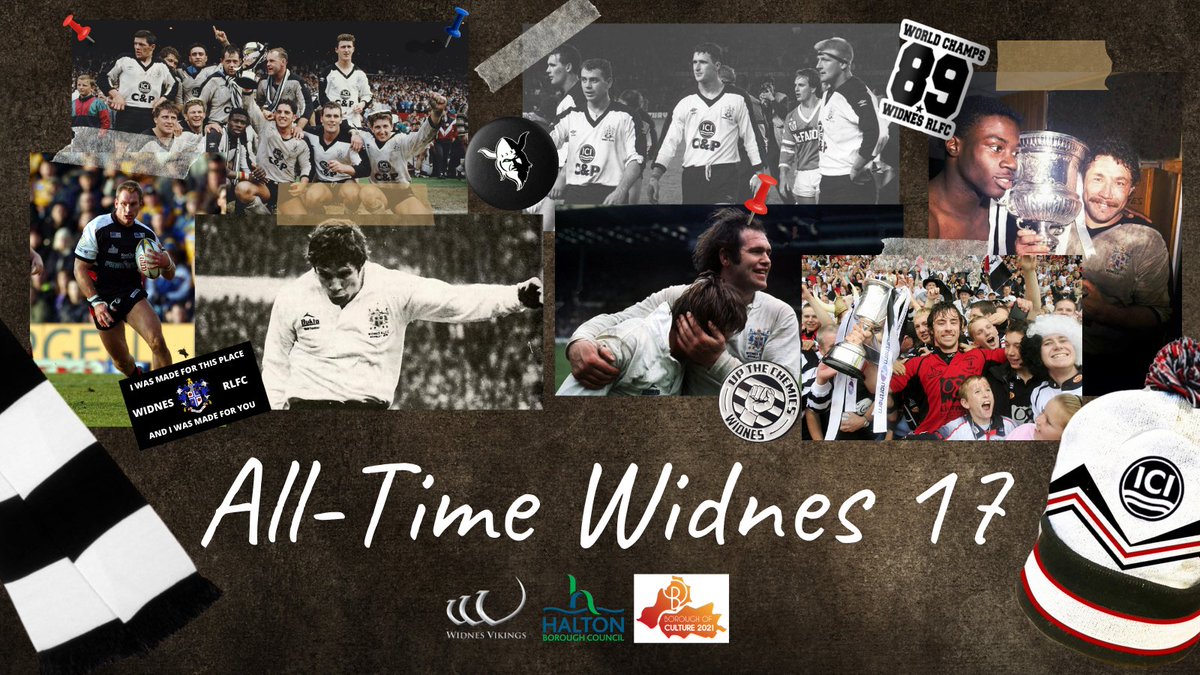 Widnes Vikings are delighted to bring you to the #AllTimeWidnes17, as chosen by you, the supporters, in recent weeks.

Over the last few months, we have been asking fans to name their all-time Widnes 17 along with Head Coach from their time following the club.

Once the final 18 had been selected, they will be honoured with the the Executive Boxers at the DCBL Stadium being renamed and redecorated to honour those chosen by you.

This has been done in partnership with Halton Borough Council as part of the Borough of Culture 2021 initiative ‘Celebrate Halton’, by honouring some of the greatest players to pull on the club’s famous jersey.

We would like to thank our supporters for their continued support of this initiative, with over 50,000 votes being submitted by you across all votes.

The All-Time Widnes 17 is as follows:

The aim of Celebrate Halton is to increase participation in quality cultural activity across Halton, helping more people experience the arts and to benefit from the role that culture can play in transforming lives – improving health and wellbeing, reducing social isolation, increasing community cohesion, inspiring creativity, supporting learning and making Halton a great place to live and work.

This will be achieved by celebrating the borough’s past, present and future through a programme of activity, ranging from small community-led activities to large-scale events.

Keep your eyes peeled for further information from Halton Borough Council on the events planned over the course of the coming months, as we all come together to Celebrate Halton in 2021.