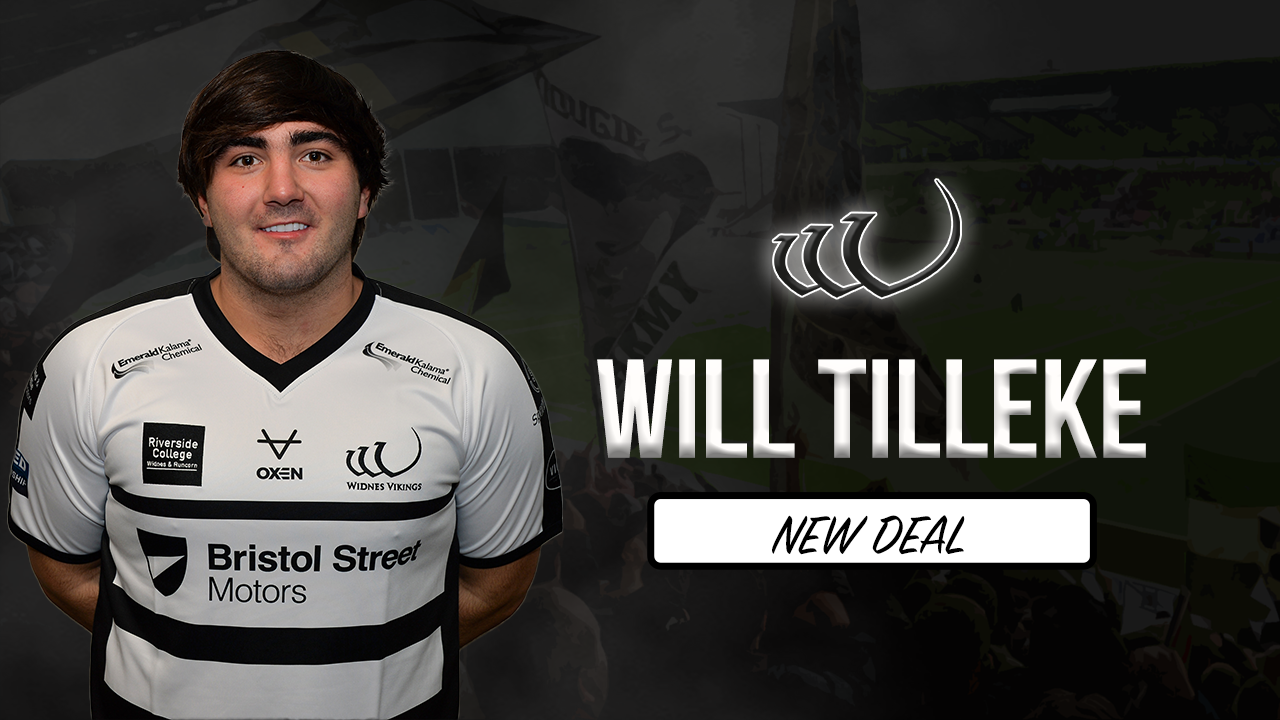 We are delighted to confirm that our Widnes-born prop forward Will Tilleke has signed a new one-year deal with the club to remain at the DCBL Stadium for the 2022 season.

2021 saw Will break into the Vikings first team where he was one of only 2 ever-present players throughout the season, notching up 24 appearances and scoring two tries in the black and white.

His first came in the Challenge Cup game at home to Whitehaven, after which he gave a brilliant interview with the now-famous line among Widnes fans, ‘It’ll be going off at home!’.

Will’s second try also came against Whitehaven in an excellent performance in Round 7 of the Betfred Championship.

‘Tillekey’ has quickly become a favourite amongst the fans and playing squad due to his style of playing with his heart on his sleeve.

The End of Season Awards saw Will crowned Young Player of the Year for 2021 which is testament to his hard work and commitment over the year.

On signing his new contract, Will said: “I’m over the moon to have committed to my home town club for at least the next year.

“Growing up as a Widnes lad at Halton Hornets, all I wanted to do was play for Widnes, so to have the opportunity is a privilege.”

Will Tilleke was proudly sponsored by LB Brickwork LTD for the 2021 season.