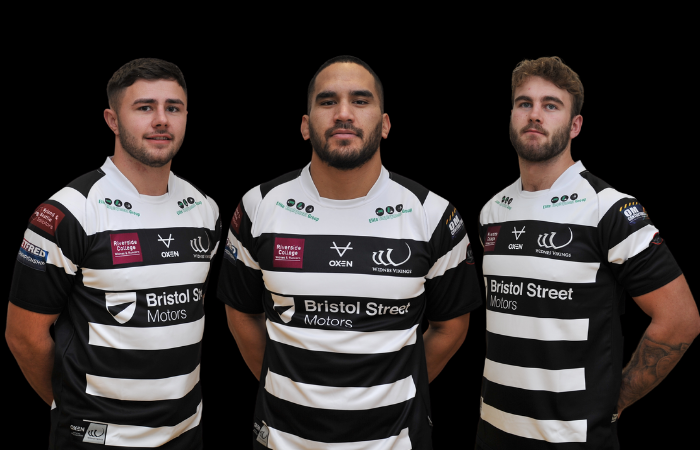 Widnes Vikings can confirm that MacGraff Leuluai, Jack Johnson and Liam Cooper will leave the club at the end of their current deals.

All three players are contracted to the club until the end of the originally scheduled 2020 season and will depart the Vikings ahead of the 2021 campaign.

MacGraff Leuluai is heading home for family reasons after first joining Widnes in 2011, going on to spend 10 seasons with the club.

In his first campaign in Black and White the loose forward’s performances saw him named in the Championship Team of the Year.

He went on to earn a Super League contract with the Vikings and became a regular within the First Team squad, with 2020 marking his 10th season in Black and White.

Ahead of the 2020 season, MacGraff was one of a number of players who agreed to renegotiate his contract by agreeing to take a significant reduction in his salary to stay with Widnes, despite being contracted to a full-time deal agreed prior to administration.

2018 saw the forward named Players’ Player of the Year after his full recovery from a serious back injury, and in 2019 his huge tackle on Dan Fleming was voted ‘Whack of the Year’ at the club’s End of Season Dinner.

During his time with the Vikings the 30-year-old made 196 appearances and scored 15 tries, which included featuring in six of the seven fixtures in 2020.

MacGraff also scored in his final appearance for the club, helping Widnes to victory over Swinton Lions in the Coral Challenge Cup.

Jack Johnson joined the club ahead of the 2020 season from Featherstone Rovers, having left Warrington Wolves where he progressed through their Academy system.

His first spell at the Vikings came during a brief loan spell in 2017, as he made his debut for the club at Magic Weekend and scored away to Castleford Tigers, making three appearances in total.

Jack started 2020 as one of Tim Sheens’ first choice wingers, featuring in all seven fixtures before the cancellation of the campaign.

The winger scored five tries in that period, which included the Vikings’ first try of the season away to Oldham on his second debut for the club.

Liam Cooper leaves Widnes having not yet made his debut for the club due to an ankle injury picked up at the beginning of the season.

The 23-year-old is a St Helens Academy product, having left the Super League outfit to join the Vikings in 2020 following a spell with Halifax in 2019.

Liam featured in the pre-season friendly victory away to Rochdale Hornets back in January with an impressive try scoring display, before unfortunately picking up an injury while playing for the Reserves against Wigan Warriors.

Widnes Vikings would like to wish MacGraff, Jack and Liam the very best in their future endeavours away from the club.

We would also like to thank all three players for their efforts in Black and White throughout their time at the DCBL Stadium, both on and off the field.

Thank you to their Player Sponsors for the 2020 season for their continued support of the club through difficult times of late.

MacGraff Leuluai is sponsored by Musical Allsorts for the 2020 season.

Jack Johnson is sponsored by Matt Taylor for the 2020 season.

Liam Cooper is sponsored by The Astbury Family for the 2020 season.