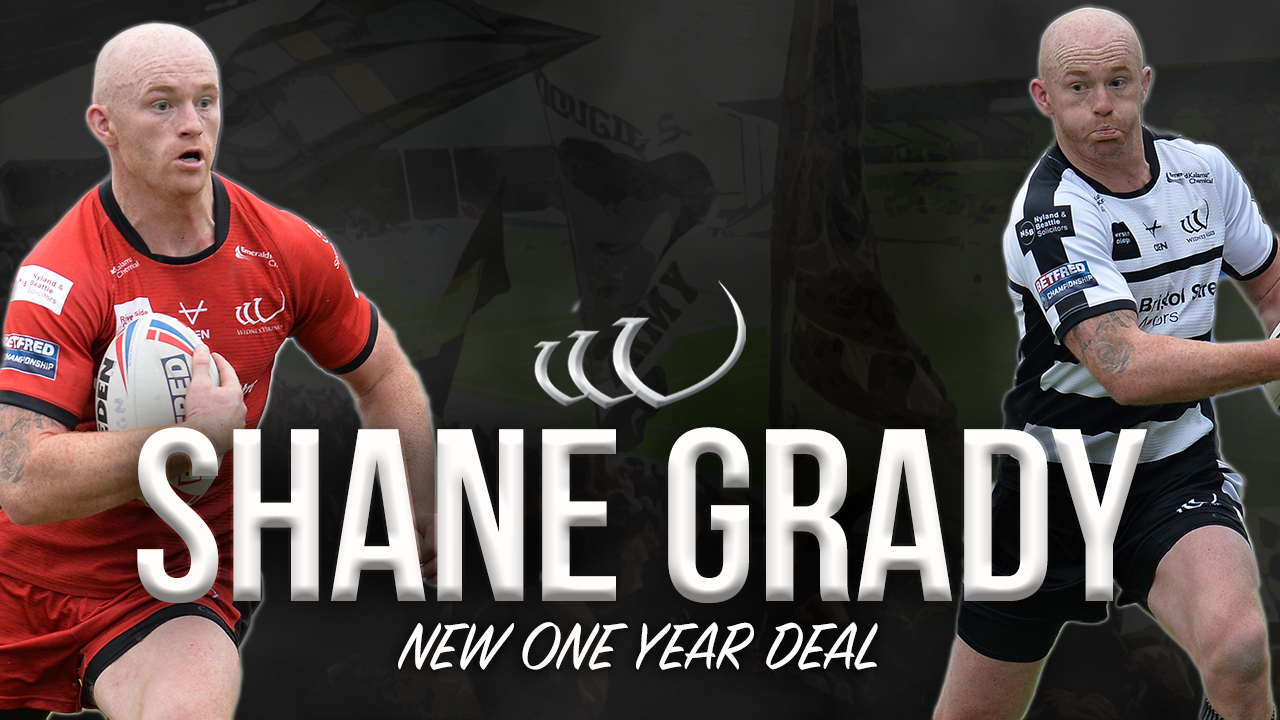 Widnes Vikings can confirm that Shane Grady has signed a new one-year deal with the club to keep him at the DCBL Stadium for at least another season.

Widnes-born Shane has been a key player for Simon Finnigan this year after rejoining Widnes last year. The forward has scored five tries so far this season whilst also providing a role model for Widnesian youngsters finding their feet in the Vikings first team.

Grady first signed professional terms with the Vikings in 2008 after coming through the academy where he was signed from West Bank Bears. He represented England at under-15 level before moving to Australia where he won the Illawarra League with Thirroul Butchers, and gained selection for a New South Wales representative side which toured Samoa.

The Vikings fan favourite returned to England and spent time with Dewsbury Rams and Halifax Panthers before coming home in 2020. He recently made his 250th career appearance and his 100th for Widnes.

On signing his new contract with the Vikings, Shane said: “I’m absolutely delighted to be staying with my hometown club for at least another year.”

Shane combines his rugby with working for local chemical company Vynova, often coming to training or matches immediately after a shift. On getting the balance between the two, Shane said: “There is quite a lot to juggle about but I love my job and I love my rugby so it’s worth it.”

Shane Grady is proudly sponsored by DMR Motors for the 2021 season.