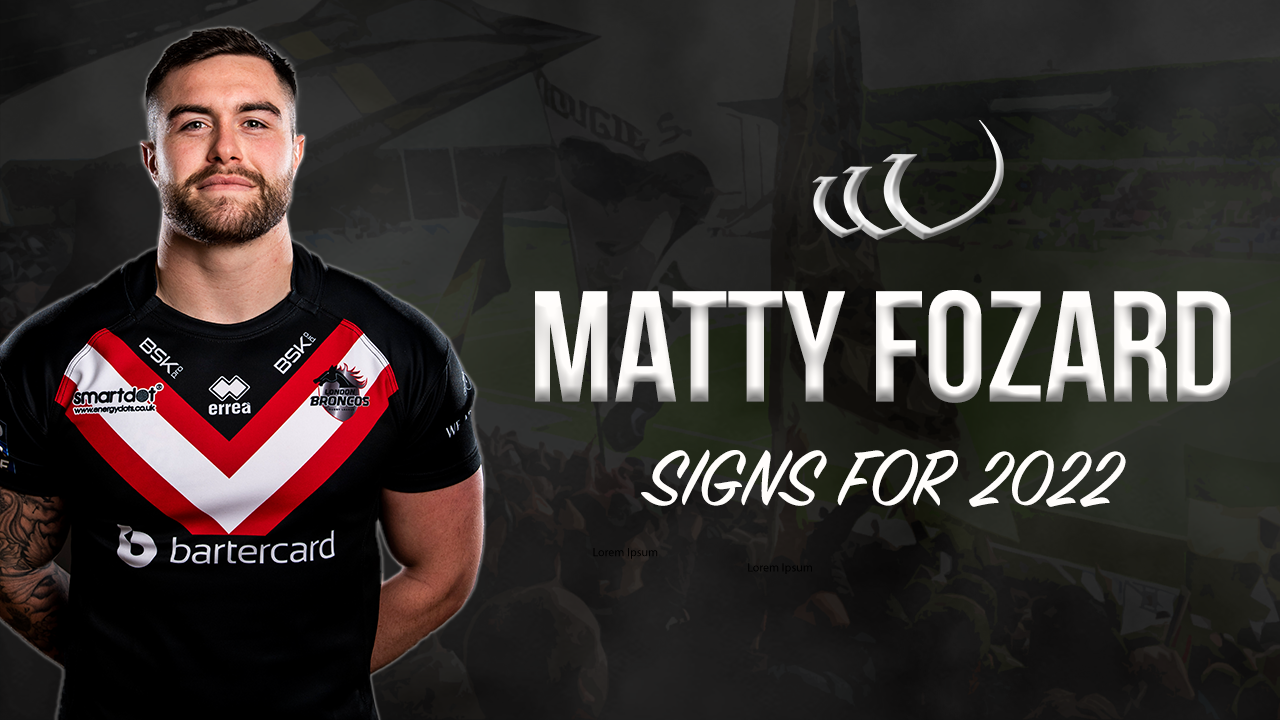 Widnes Vikings are delighted to confirm that hooker Matty Fozard will join the club for the 2022 season after agreeing a one-year contract.

Matty will see out his current deal at London Broncos before joining up with the Vikings for next year.

He is a Widnes lad, having spent a brief spell at the club in the Scholarship programme as a youngster, and has decided to move home to play for his home town club.

The 26-year-old has Super League experience with St Helens and London, and has also represented Batley Bulldogs and Sheffield Eagles at Championship level.

The hooker has represented Wales internationally, playing in the 2014 European Cup and also in the 2017 World Cup.

On joining the Vikings for next year, Matty said: “It’s pretty special. I grew up around Widnes, went to school, played for them as a kid. I think it was just the right time to come home and play for my home town club.

“It’s a very passionate place, Widnes. It’s very rugby orientated. I’ve been to plenty of games, I used to be a season ticket holder. You come to the games and they’re already chanting, they want the best out of the club.

“It’s great to see how Widnes is back on the rise now, they seem to be in a really good position as a club. To see the fans, how passionate they are, home and away, that’s what I’m looking forward to doing – walking out, hearing the fans, and playing here.”