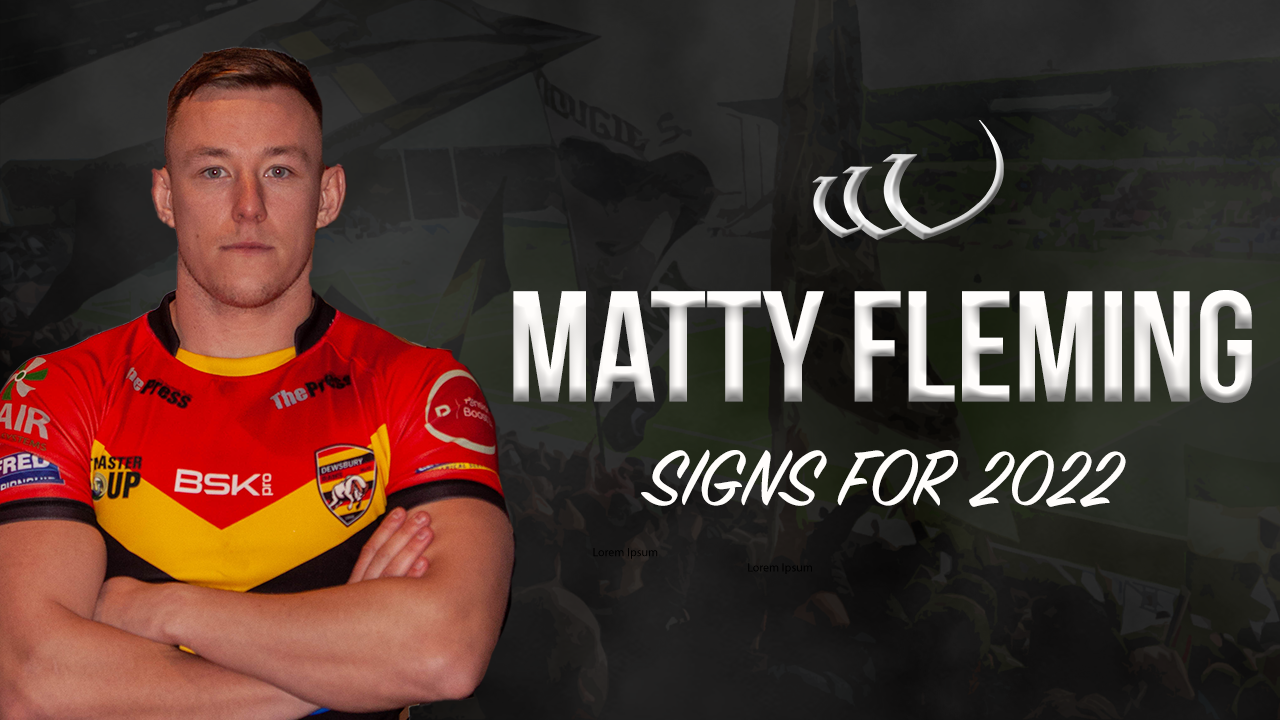 Widnes Vikings can confirm that centre Matty Fleming will join the club for the 2022 season after agreeing a one-year deal.

Matty will see out his current contract at Dewsbury Rams before joining up with the Vikings for next year.

The 25-year-old can play a variety of positions and is adept at full-back and on the wing as well as at centre.

Fleming began his career at St Helens where he had a loan spell at Leigh Centurions, before leaving for London Broncos in 2018 and then Dewsbury this season.

Matty scored against the Vikings in the Rams’ 23-22 victory at the beginning of August, and has five tries to his name so far this year.

On joining Widnes, Matty said: “I’m buzzing to have signed for Widnes. It’s a massive club and should be in Super League.

“I just can’t wait to rip in with the boys next season to push towards getting this club back there.”